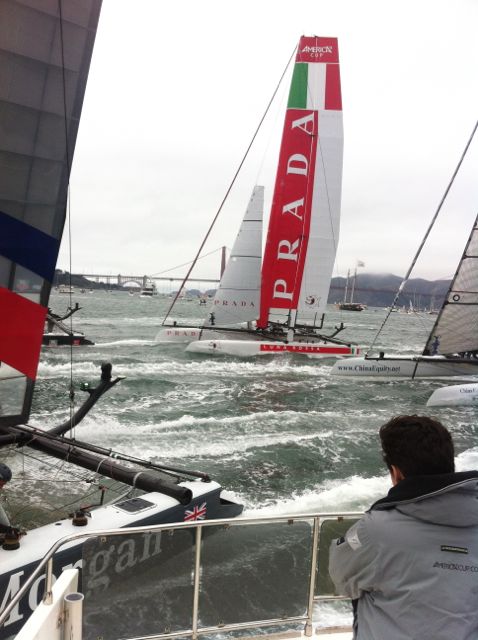 Divas, it Fleet Week in San Francisco and America’s Cup World Series is own as well So, what does that mean for you? That means you have a very busy weekend ahead. America’s Cup is the focus of this weekend, so here are all the details you need to know to have a superb time watching the boys race their fast boats on the Bay.

WHAT IS AMERICA’S CUP?

At almost 160 sixty years old, the America’s Cup is the oldest trophy in international sport. It predates the modern Olympics and the cup itself was actually made in England – not America. But the team from the United States won the cup in 1851 on a schooner named America.

This week, the races are taking place in the San Francisco Bay. It is perfect for spectator viewing – which is not always the case with the America’s Cup races. This is a rare opportunity to get a glimpse of the sailors and their boats in action.

The best viewing will be on the Marina Green in San Francisco. Attendance is planned to be in the thousands. So wake up early birds and get your place on the Green. Spend the day in the America’s Cup Village, where you can watch the event on big screen TVs and enjoy the sights of sailing.

Darling Divas, make sure you have a place to stay and play.

WHAT ELSE TO DO?

The State of the “Union” is Totally Delicious :: Seattle, Wa.