AUDIENCE DEVELOPMENT:
You can be entertained and educated with arts and culture panels, including programs on social activism, new technology, and other immediate issues that effect today’s filmmaker.

OPENING NIGHT FILM: “ON THE ROAD”
This most highly anticipated film with roots in the Bay Area brings to life Jack Kerouac’s “On the Road”, his stream of consciousness novel on crisscrossing the US with a band of drifters who ushered in the Beat Generation.

Bad boy Neil Cassady, aka Dean Moriarty, was Jack’s muse in writing “On the Road.”
When Kerouac and Cassady eventually went their separate ways, Neil hitched a ride with Ken Kesey in the psychedelic bus “Further”, which Tom Wolfe describes in “The Electric Kool-Aid Acid Test”. They were the precursors to the hippy movement, stereotyped in early films as beret wearing hipsters snapping their fingers in lieu of applause at poetry readings. Catch the vibe in San Francisco’s City Lights Bookstore in North Beach, the country’s first paperback bookstore.
It’s here that a young Alan Ginsburg was actually arrested for reading his poem Howl. (Copies are still available for sale). Owner Lawrence Ferlinghetti, now in his 90s and looking fantastic with clear blue eyes, and can often be seen out and about.
His opens his painting studio to the public every year during the San Francisco Open Studios at Hunters Point Shipyards. I What an honor to be present at to attend his 88th birthday party at Live Worms Gallery on upper Grant.

But I digress. “On the Road” definitely gives you the flavor of the times. I’ve always felt that
reading about Kerouac is much more entertaining and enlightening than reading a book by Kerouac.
That said, for me the film was a tad longish, I suppose to make it’s point that it took a of random acts of pointless rambling until Jack finally realized that what for most people would be a diary would become a Beatnik manifesto. “On the Road” covers much of the limitless depravity and thankfully spares us Jack’s last days living with his mom until he died of alcoholism at age 47.

WORLD PREMIERE:
Bay Area locals probably have heard of Village Music, the greatest record store, known as the most beloved place to search through stacks. John the owner was always at the ready to offer direction. He also is known as the sponsor of the Heidi-Ho Fest.
Village Music, the store, is now closed, but thanks to this film it is beautifully immortalized.

MVFF AWARD:
“The Sessions” best adjectives are gritty and touching. The highly physical roles ironically profile the life of a man in an iron lung.
The sessions are appointments the man in the iron lung has with a sex surrogate (Helen Hunt) and his conversations with a priest (William H Macy). Actor Macy will be in attendance.

CHILDREN’S FILM FEST: BOLLYWOOD FOR EVERYONE
Bollywood isn’t just for star-crossed lovers who like to dance. The Children’s Film Fest has several Bollywood productions with the usual flash but mixed with positive social commentary.
Highlights include “Chill Out Party” and “Tiffin Box”, about a teacher who steals food from kids lunch boxes.
Animated films include Estonian, Latvian, Brazilian, and English, such as “Tales of the Night”, stunning in 3D.

Ten kids age 8-12 have the opportunity to attend a to an animation workshop run by the director of the Croatian animation studio, SAF Cakovec.

INTER-GENERATIONAL, ICONIC FILMS:
Speaking of 35 years, can you believe it’s the 35th anniversary of Star Wars?
The Mill Valley Film Festival is going all out with a Star Wars Episode IV: A New Hope screening and a costume parade. Bring the family. Get you photo taken with Darth.

JANE MANSFIELD’S CAR:
This southern drama by Billy Bob Thornton in his directorial début, with Robert Duvall, Kevin Bacon, Robert Patrick and John Hurt.
The action swirls around Duvall, the stone-faced father that everyone else is trying to please.
Taking place in pre-Vietnam 1969, Baby Boomers will appreciate the soundtrack.
Billy Bob will be in attendance.
US/Russia 122 mins.

A TRIBUTE TO DUSTIN HOFFMAN:
Apparently Dustin Hoffman is not a Yes Man. It took the MMFF nearly thirty years
to get him to the festival. A past American Film Institute and Kennedy Center honoree, Dustin has been around long enough to become an iconic figure, highly regarded for his acting in classic roles.

FILM VIOLENCE:
“Seven Psychopaths” takes on the American film industry’s predisposition for violence
one psychopath at a time.

STRONG DISCOVERIES:
“Richness of Internal Space” is a first feature, based on the true story of a man captured and held for 200 days. We see how he deals with his captivity in a way
that is completely transcendent.
The director and lead actor will be in attendance.

THE ATTACK:
Israeli actor Ali Suliman plays a fully assimilated Palestinian doctor in Tel Aviv. All hell breaks loose when his wife disappears. This may or may not have something to do with the suicide bombing. The Attack was filmed in Tunisia.

FROM IRAN:THE SINNERS
MVFF is showcasing the world premiere of “The Sinners”, an Iranian nourish murder mystery, rich in metaphor, chronicling the murder of an Iranian woman after her return from US.

VIOLETTO WENT TO HEAVEN:
We get to know a beloved folk singer who writes and sings about politics and her life.

DOCUMENTARY of EPIC VOYAGES:
“The Impossible” from Spain and Iceland is rich in visuals and heart pounding scenes, bringing us twelve tales of survival based on true stories.

CLOSING NIGHT FILM:
Ang Lee’s LIFE OF PI.
Director Ang Lee has had more opening night films than anyone, and was the first recipient of the MVFF Award.
His films include Lust Caution, Crouching Tiger, Hidden Dragon, and Brokeback Mountain.

A MESSAGE FOR FILM LOVERS:
In case you’ve wondered why there has been a recent spate of art house theater closures, the culprit is technology. 35mm film is so very last century. Production companies no longer wish to offer screening copies on film, requiring small theaters to invest in expensive new digital projectors or perish. As we speak, the Delancey Street Theater has been on hold until funds are raised for purchasing new Barco digital projectors. The average equipment conversion cost per screen is $75,000.

Great Deal, so NO Whining! 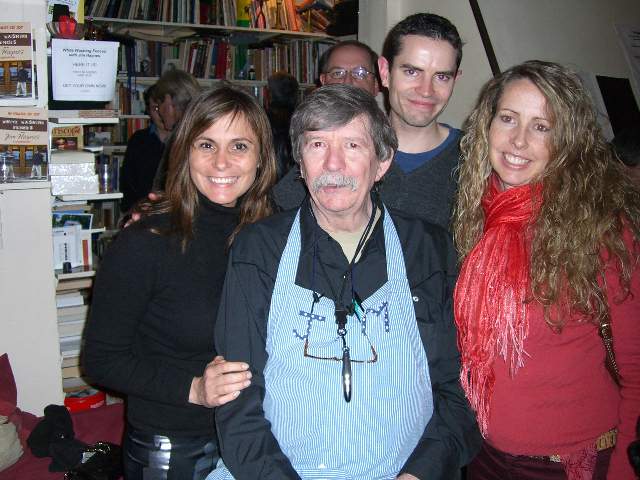