Wellness: Vanuatu: Passage to the Land of Fire

“I think I’m going to be sick!” My exclamation was lost in a gust of wind and I crumpled over the aluminum railing into a spitting of cerulean sea spray. Indo-Fijian curry and a bottle of flat Fanta were a poor choice for my last meal before heading out to sea. As the islands of Fiji melted into the distance I knew that my fate was sealed. This was going to be a long 460-mile journey.

It was July, winter in the South Pacific, when I found myself on the deck of a cherry-red New Zealander sailboat heading due west towards open water. The sails were full of a thick Fijian trade wind that pushed us further from the protective reefs and familiar amenities of the islands.

Compass Rose was a small ship, only forty-five feet of steel and aluminum. For the next five days, I would be sharing her cramped quarters with Chris, a salty skipper with an affection for rum. Directly ahead of us lay the mouth of Wilkes Passage, a forty-foot gap in the verdant coral reef of the Mamanuca Islands. Wilkes was the gateway to our five-day voyage on the high seas to the volcanic islands of Vanuatu.

I was one month into a summer of solo travel in the South Pacific when I decided to leave the Fijian Islands for another island destination. My first month in Fiji was intensely relaxing; however, I had started feeling a bit of island fever. There is only so much time a person can spend lounging on the beach with a coconut margarita—and I was ready for a new adventure, a change of pace. This desire is what brought me to Denarau Marina outside of Nadi, where I schmoozed with the yachties until I was offered a job—and a free ride.

Sailing was new to me when I accepted the offer to join Compass Rose as crew. I knew little about boats, and much less about yachtie culture, sailing lingo, and etiquette. I was about as comfortable on a boat as a fish on a bicycle. Compass Rose was a sleek monohull with a spacious cockpit and enough diving gear and sea toys to make any water-girl shiver. Chris, the aged owner and skipper of the boat, was a New Zealand–born sailor who had tried his hand in the hustle of the corporate world and found cruising to be his true calling. He had been around the world on his yacht, and he knew the value of good help.

When I met Chris he was looking for a deck hand for his 460-mile passage to Vanuatu. I had never heard of the place and thought a free ride was too good to pass up. That day I contacted my friends and family, let them know I was going to sea, and hopped aboard the Compass Rose. We left Denarau the next morning.

Chris was a pirate in his past life. Wild eyed and leathery, he studied me from his cockpit perch with glassy eyes. Although I was safely secured to the deck by an elaborate harness of hooks and webbing, I was uneasy at how aggressive the waves were growing. I had heard stories of poor souls tossed overboard and lost at sea by unexpected swells, their yachts moving too swiftly for their shouts for help to be answered.

The violent lurching of the Compass Rose was no match for my skipper, who maneuvered his way effortlessly across the deck. A true adrenaline junkie, Chris moved swiftly from port to starboard, tugging ropes, shimmying around the steering wheel to avoid the boom, and, from time to time, cursing like a pirate. Not once did he lose his footing or shove off balance: I was amazed at his agility at his ripe age.

Chris dropped a rope into my lap and motioned for me to do something with the main sail, which was flapping about like a wounded albatross. “I have no idea what I’m doing,” I said apologetically and stood up to attempt my first task as second mate. I gave the rope a hard tug and tried to look busy. The sail continued flapping.

Chris approached me with an exasperated look. “Here,” he said, and wrapped the rope loosely around the spool-like winch. He pulled on the end of the rope and I saw how only a little pressure was enough to draw in the main sail two or three feet. He handed the rope back to me and disappeared below deck. I was already feeling more confident and I drew in the sail until it was taut with the force of the wind. I was amazed at how perfectly the woolies streamed along the white fabric.

Chris returned with a glass of water and two cream-colored pills. “Paihia bomb,” he grinned, pressing a tablet into my palm and swallowing the other. “It helps with the sea sickness. It’ll pick you right up.”

Bottoms up, I though as the curry gurgled down below. The sea breeze had already salted my lips and I licked them out of nervousness for the days ahead.

Open-water passages are a tricky business for any two-person crew. Because one person had to be on deck at all times, our nights were spent on a tag-team watch rotation. One of us would spend between four to six hours on deck, trimming the sails, keeping the boat on course, and scanning the horizon for cargo ships. When the shift was done we’d wake up our replacement and spend four to six hours sleeping below deck until it was time to do it all over again.

During my nighttime shifts, I felt more solitary yet more connected to the world than I had ever felt in my life. I was completely isolated from everything familiar and was surrounded by sounds, lights, and smells unlike anything I had ever experienced. Snapping sails, the occasional splash of a wave over the edge of the boat, ropes straining—these were all part of the silence I called home. I was an explorer in a wasteland of water, completely dependent on my vessel for survival, and I could imagine what it must have been like for the first human visitors to the moon.

Initially, I was so concerned with the heavy responsibility of the night watch, as well as with the basic operation of the GPS and autopilot, that I couldn’t relax. On my first night watch I sat for six hours, pin straight, never taking my eyes off of the GPS. Two shifts into our second night on the open water I was on deck when the moon came out and lit up the entire ship. The wind died for an instant and the eerie silence was interrupted only by the whip-like crack of the mainsail. When I heard nothing but a sonar beep, I realized that the world around me was completely still and that I could listen to myself without ever being interrupted.

Our fresh food ran out after three days, and we began to break into the reserves of corned beef and canned beans. Cooking below deck was an ordeal, as the kitchen and stove were always moving out from underneath me. It was a wonder that I didn’t scald myself more often. Before long I became accustomed to the constant teetering of the ship.

Out of habit I stopped leaving cups of water in places where they would slip off onto the floor. I learned how to wedge my feet into the bathroom cabinet to brace myself while using the toilet. More importantly, I began to notice the beauty of the natural world around me rather than the apparent emptiness of the open sea.

For five days, the horizon was a static mass of black waves. It was impossible to tell how far or fast we had traveled and it was up to the GPS and speedometer to inform us of our progress. Not once did I get used to the idea of not only being in the middle of the ocean, but also of being completely dependent nothing but the ship and my wits.

“Land ho!” Tanna Island was shrouded in fog as we approached the black rock of the coast. Mt. Yasur, the most accessible live volcano in the world, rose from the mist and burped grey smoke into a halo around the island. As we came closer to land, it was as though I were slowly waking from a dream.

As we came closer to Tanna I gradually reentered the world of horizons and colors and sounds. The sea grew quieter as we approached the island and the large swells from the west were dissolved by the landmass. We had a visual landmark for the first time in days, and we were so eager to explore that we fired up the engines to full speed ahead. We pulled into deserted Port Resolution and dropped anchor.

Before we left the Compass Rose to go ashore we were met by two young ni-Vanuatu men looking to barter for clothes and supplies. We traded a few t-shirts for a bunch of bananas and three fresh tomatoes. They tasted like the freshest fruit I’d had in years.

During those five days at sea I was between the world of dreams and the world of consciousness. My cabin was full of my most disorienting awakenings and the deck was steeped in liberating revelations about my journey and myself. During the most silent night watches, the ship listened to my innermost secrets. She carried her sleepwalking crew over an ocean and into a foreign land in perhaps the purist way possible. In no way was I detached physically or emotionally from the hundreds of miles I traveled, as I often am when I travel by plane. Instead, my body felt and reacted to every one of those rolling miles we sailed and I am a more conscious traveler because of it.

Enessa Janes is a masters student at Stanford University, where she studies environmental journalism. She takes every chance she gets to skip town. She enjoys blues music and restaurants that stay open twenty-four hours. After university, she hopes to continue traveling and writing, and looks forward to finding a career that allows her to live and work abroad. 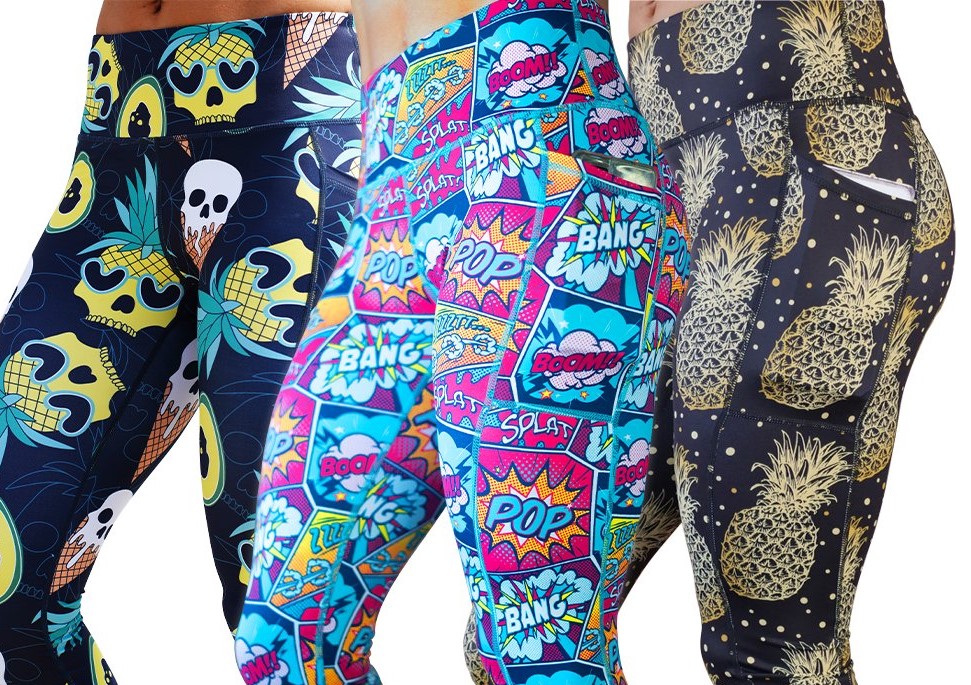 Tropic Like It’s Hot – Soon to be your most complimented leggings!

Wellness: Nepal: Solo in the Himalayas