In June of 2004, the Tour de France occupied much of my thoughts. The race—on its ninety-first anniversary—marked Lance Armstrong’s bid for a record-breaking sixth consecutive win. That same year, I was training for a cycling tour of my own.

Yet whereas the Tour de France consists of twenty stages of grueling hundred-mile days, during which cyclists have little time to notice the charming villages, mountains, and flowering fields along the way, my own tour would be a six-day pleasure trip through Wyoming’s majestic Grand Tetons National Park with a group of women who had no agenda save to enjoy the scenery—and get some good exercise along the way.

I often cycle alone, so it was a great discovery to come across a tour operator that catered specifically to women cyclists. WomanTours—founded in 1993 by Gloria Smith—offers women personalized, inn-to-inn bike tours through North America, Europe, Africa, and Asia. These women-only tours are conducted in a safe, supportive environment where riders are free to focus entirely on enjoying the camaraderie of the other women and the scenery.

You don’t have to be an experienced cyclist to join, either—there are tours for women of all ages, abilities, and lifestyles. Many women use them as an excuse to celebrate a monumental events in their lives (like turning forty, fifty, or sixty!) while some just need a break from the husband and kids. Others, like me, are looking to share a fun cycling experience in the company of a diverse group of women.

Our twenty-member Grand Tetons tour included moms, nurses, teachers, a scientist, a professor, a financial analyst, a gal in restaurant operations, and some new retirees; we hailed from all over North America. The age range spanned from early thirties to over-sixties. We were a smorgasbord of interesting careers, lives and ages—all sharing in one grand adventure together.

WomanTours offers four different tours of the Grand Tetons. I elected to go with the more economical seven-day cycling and yoga trip instead of the longer ten-day version, which included more upscale lodging. To some, the idea of mixing yoga and biking is like mixing oil and water, but I personally will vouch for the benefits of yoga after a long day of cycling. After a restorative session of Anusara yoga, I felt relaxed, calm and focused, even when attempting a ten-percent mountain grade! Anusara—which means “to enter the current of grace”—is meant to align both the inner and outer body and is considered one of the most therapeutically effective and physically transformative styles of hatha yoga.

Our ride began on the backside of the Grand Tetons Range in the fertile farmland of Idaho. We wound our way through the backroads, riding past row after row of seed potatoes. (A waitress at a truck stop swore that in Idaho, there is no such thing as a frozen french fry.) Most days, we started out in our own version of a peloton, then later fractioned off in small groups of various ability levels. WomanTours provided excellent road maps, and each night, we discussed the following day’s route. A sag wagon and an additional vehicle were always within a few minutes of any rider, with a WomanTours guide rounding up the pack.

To enter the heart of the Tetons, we slowly but surely biked Teton Pass, making our way into the cowboy town of Jackson Hole, Wyoming, which produced a night of hoot-hollerin’ fun for some and a well-earned good night’s sleep for all. The next day’s ride into Grand Teton National Park, with its visual feast of wildlife and natural scenery, was definitely a highlight of the trip.

We couldn’t stop smiling as we entered the majestic beauty of the Teton Valley, the mountain spires ahead of us. Clouds draped over the peaks, a stunning backdrop against an aqua blue sky. This commanding vista was only eclipsed by our encounter with a buffalo herd, spread out on the range surrounding us. Later that day, we saw antelope, elk, and moose. The grandeur of the great outdoors was in full display—and we loved every minute of it!

Cycling with a group is a great way to experience the great outdoors, and there is a tour for every interest. One group, VeloSports Vacations, even follows the route of the Tour de France. Who knows? You might just pass Lance Armstrong—in formation! 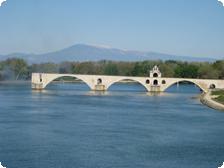 Inspiration: Couchsurfing: Creating a Better World, One Couch at a Time