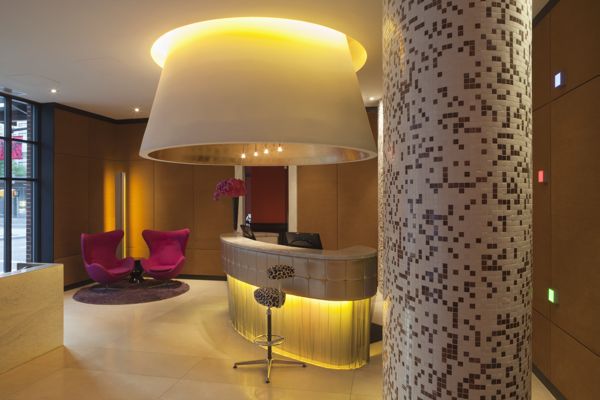 The Opus Hotel in downtown Vancouver has personality in spades—from the hot pink lounge décor in the lobby to all the male staff wearing shoes by local designer John Fluevog to the ultra hip (and wonderful) Cento Notti restaurant.

But the recently renovated rooms literally have personalities. There are five fictional characters in total, and all the rooms are designed around them. There’s Billy, the rock star from England, Susan, a fashion executive from Toronto, Mike, a doctor from New York City, Pierre, a food critic from Paris, and Dede, an actress from Los Angeles. The colors and décor are part of the profiles, but the most creative and interactive elements are the Ipads in each room. These have music, apps, and concierge suggestions created for each Opus archetype. Guests can even take these out on the town with them, whether skiing on Grouse Mountain (just a 30 minute ride from Opus), or hitting the new restaurants in Yaletown like Chinois, a recently opened upscale Chinese restaurant.

The room pictured above is for “Dede” a film actress from Los Angeles. Her Ipad concierge suggests glamorous spots to eat, shi-shi spas, and hot spots for shopping.

For more ideas on where to stay in Vancouver – click here

Oh SoHo Sex and the City