…and now a few words on life and the state of women in Tanzania from an amazing safari guide! Who is this man whose name is not coincidentally Goodluck?

I (Stephanie Block, yer Editrix!) had the life-changing pleasure of meeting him and being under his expert care while on safari in Tanzania in November of ’08. In the Swahili he taught my all-female group—Spark’s annual delegation trip to meet our international, grassroots women’s grantees—,we referred to each other as brother (Kaka) and sister (Dada).

The 5-day safari with Urassa was out of this world through Ngorongoro Crater, Lake Manyara and the Tarangire National Park. My Kaka was able to find us one of the only leopards he saw that season high up in a Baobab tree. We did not visit the Serengeti this time (too much to see!), but there were ample lions in the Crater, including adorable cubs and even a couple, ahem, mating!

It is my honor to bring the words, emailed across continents and between safaris during the high season, of my Kaka to you, Dadas!

I am one of the experience Guide who working with wildlife Explorer and once you travel with us, your guide will normally be able to identify all the mammals you see and to tell you many stories about Tanzania and people.

I have an experience going on safari with women and this is because I know what women like and not like, women who travel with me in Tanzania have little to fear on a gender specific level. Stephanie Block, the Editor-in-Chief of Tango Diva, traveled with me and had an unforgettable time!

Over the years I have travel with several women in Tanzania and none had any serious problems more than to enjoy their terrific safari with me and with Wildlife Explorer.

This is a nice and beautiful place to visit and learn more about women improvement in Tanzania.

According to the last census we have about 16 million women in Tanzania and these number are now growing.

Although women are the backbone of the economy with most juggling child-rearing plus work in the family, to work in a farm they are near the bottom of the social hierarchy. This is especially so when it comes to education and politics.

Only about 6% of girls complete secondary school, and for these, only a few go on to university.

Girls in particular are frequently kept home due to lack of finances, to help with chores, or because of pregnancy.

On the positive side the situation is slowly improving in Tanzania. In 1996 the movement guaranteed 20% of Parliament seats for women and there are now many female cabinet ministers.

WOMEN IN LAND AND RESOURCES RIGHT IN TANZANIA

Traditionally, land is owned communally but it is the men who have the right over it . A man can make decisions concerning the land but not a women.

Women were allowed to utilize the land but had no rights of owning it. This tradition law had been practiced since before colonialism, but this own the land.

We are now have women improvement changes for the women rights in a few tribes and they are now aware of the rights over the land and resource ownership.

They are free and they can now make decision regarding the land and their harvest . They also now participate in conserving the environment and there is equal representation between men and women in the village land committees.

Women can now legally own land by applying for land little deeds and are planting trees on their land boundaries to avoid land conflicts.

The women in my village have united in the from of the women group through this group the try to support economic activities of the members.

Also they now employed them selves by buying and selling vegetable, bananas, avocados, to get money that can help to support the family paying school fees, and other basic need.

The Mulala village is a typical rural setting nestled on the southern shapes of Mt. Meru and surrounded by spectacular scenery.

The women of Mulala have united in a group called Agape women group, when you arrive there, you will be warmly welcomed by the village women.

The women of Mulala have a nice garden where you can relax and enjoy the traditional meal.

They will explain their farming method and show you the various economic activities they have started, like cheese making, bread making, flower seeds chill growing and sewing.

Walking through the forest reserves, guided tours criss-crossing coffee and banana farm, identifying the medicinal plant that are found their and other services.

Mulala cultural tourism programme is the only one completely launched, developed and implemented by women. The profit is used to improve the school building kindergarten and Dispensary. 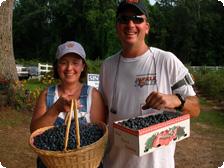 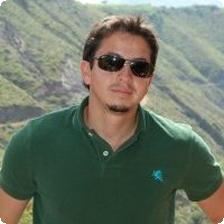