It is hard to describe the city of Valparaíso, Chile, without using a box of crayons. The houses are of wild design and color choice: deep blue piping creeps along bright yellow homes interrupted only by vibrant fuchsia petals of a wandering flower; powerful red doors steal the presence of all who pass into its portal; winding staircases lead
the way into a spotless blue sky.

The desire to know every alley and
corner of this wonderfully creative town is unrelenting. And then,
just when you think your senses are brimming over with ecstasy, you
hear the soulful yearning of a saxophonist playing in the street and
you are suddenly forced into the nucleus of this particular cultural
sponge.

In order to truly appreciate Valparaíso, you must work for it. For the
view from just one hilltop takes not only the strength of your
hamstrings but of your courage as well. Valparaíso is known to be
significantly more dangerous than the adjacent beach resort town, Viña
Del Mar. While only a twenty minute bus ride on the “micro,” the
difference between the two beach towns are like the difference between
Los Angeles and Boston.

It is true that Valparaíso is known for
rampant potholes and thieves, and I, a clumsy American girl, am at
risk for both fatal possibilities. However, beyond its dangerous
prescription, Valparaíso is a vibrantly creative and industrial port
city, worth the risk of a twisted ankle or some lost change. So, when
I finally decided to venture inside this urban Picasso, the true
nature of the Valparaíso burst upon me like the opening of a
floodgate.

I had been living in Chile for almost a month, and it seemed like
the time had come to really get to know the details of this place. So,
with only my intuition as my compass, I took it upon myself to
transform the poetry of Pablo Neruda into reality and get lost within
the alleys, ascensors, fascinating murals, coffee shops and
endangering heights of this magical city.

After a much needed
cardiovascular workout of one hundred and ten stairs to the top of a
typical Valparaíso hill, I was greatly rewarded with the view of a
gorgeous cobblestone rainbow of houses and palm trees, comforted only
by the embrace of the Pacific Ocean. This shattering view transformed
the visions of my imagination into a reality that I had been so
patiently waiting to find during my five months in this coastal
paradise.

Finally, I thought to myself, this traveling match has found its flame.

At 21 years old, I have stumbled into my Jack Kerouac meets Carrie
Bradshaw stage, where all I want to do is run around like a gyspy and pick
up a few good shoes and men along the way. Born and raised in the
Haight-Ashbury district of San Francisco and now studying journalism at
George Washington University in Washington, DC, I hope to put my
nomadic tendencies to use when I graduate and get a job as a foreign
correspondent.

Currently, I am taking my first steps in living life on
another continent by “studying” abroad in South America for five months to
try my luck with bilingualism, unbelievably long bus rides and what it
really means to have a Latin lover. 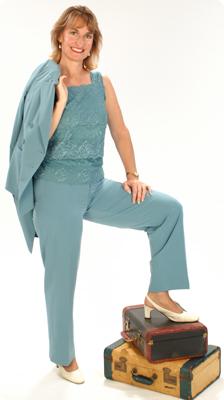 Inspiration: Business Traveler Moms: How to Stay Connected with Your Kids

Inspiration: Antarctica: Chillin’ at the Bottom of the World