Some girls deal with tough breakups by eating a pint of Hagen Daaz. Some dye their hair blonde. I happened to be traveling alone for the first time in Australia when it happened, and I went with grueling displays of sport to redirect my pain.

What you have to understand about this is that I’ve never, ever been the “let’s go rock climbing” type. How can I explain this reaction? I can’t. It seemed like the thing to do.

First up was surfing in sleepy little Port Macquarie, just north of Sydney. I signed up on what happened to be a special “Girls Go Surfing Day.” Sounds sassy, count me in. On the beach that gray, drizzly morning, I was greeted by lots and lots of bounding and skipping little girls.

Oh hell, I thought. But then, resolutely: I am in Australia. I am going to learn how to surf, even if I have to do it with the Babysitters Club. I shook an angry fist at the sky, cursing my ex, and trudged over. I got a quick run-through on the beach: how to stand up, wipe out safely and carry my board out to the waves.

The young and cute instructor, Grant, who I later learned was a professional and an Australian national champion, told me to catch five waves and lift my chest up to get the hang of it. And then he went back to the sign-up tent to finish his cup of coffee.

I looked out over the water and took a deep breath. There’s something about having the ocean stretch endlessly in front of you that has a calming effect. The sky was gray and the waves seemed fairly choppy to me, though another instructor assured me later that these intimidating breakers were “strictly amateur.”

After 45 minutes, with muscles screaming, I had mastered the whole thing just enough to stand, squeal in excitement, then promptly wipe out. A brief moment of glory, but a moment of glory nonetheless.

Meanwhile, the kids all around me were getting the hang of it much faster.
Wee! They all squealed in my imagination. We have zero percent body fat!
Surfing is easy!

Another instructor named Adam waded over to me after a while. “Where’s that accent from?” he drawled in Australian with a flirty smile, which lifted my exhausted and cold-numb spirits. Cute! And a welcomed distraction.

A few weeks later, I’d successfully avoided e-mailing the ex while drunk, bored every youth hostel roommate with the sob story, and still wasn’t over him. I had arrived in Tasmania and read somewhere that traveling the island by bicycle was popular.

Tasmania is the little island underneath Australia, but don’t be fooled by its size—packed in there are Caribbean-looking beaches, rugged mountains, forests and rolling hills of grassland. And I decided that instead of just seeing the view from a bus window, I was going to become immersed in it.

Rented bike in hand and equipment packed in saddlebags over the wheels, I made my way to my first stop, Richmond, and immediately realized I was still hopelessly, utterly, laughably out of shape. Though this wasn’t technically his fault, I cursed the ex and felt a bit better.

I got off to walk several times that first day. When it started to look flat, I got back on and tried to pedal, only to find another steep incline around the next corner. Oh my God, I thought, what have I gotten myself into? But there was no going back: necessity took over where will power left off. After all, I was alone and had to make it to the next stop in one piece. I can complain all I want, I thought to myself, but I can’t quit.

I don’t know how long I spent lurching up that hill. But when I finally
saw the top—wow. I knew I had 4 kilometers of downhill ahead of me,
and as I whizzed down, my head swelled with accomplishment. Forest
scenery has never looked so beautiful as it did flitting by at top speed.
Never mind that I walked up most of that hill. I still got up the hill,
dammit, and that was more than I’d accomplished physically in a long time.

At the bottom I saw a sign: Richmond, 5 kilometers. I began to think, at
that moment, that perhaps I was capable of surviving this trip.

I was staying in a B&B owner’s house, since there were no vacancies
anywhere in town. She sent me off the next morning armed with a list of
places to stay along the rest of my route. The first was in Orford, with a couple named Glenis and Clif.

I encountered two giant, punishing hills—one of them aptly named “Bust-me-gall Hill”—just as Glenis had told me I would on the phone that morning. I trudged up both of them on foot, stopping along the first to chat with a construction worker who had been to my hometown, Washington DC.

I knew I’d be riding along a river soon, which meant a mostly-flat ride. Trees lined the opposite side of the river; on my side, I rode along the bottom of a sheer rock face that seemed like the welcoming corridor to good experiences to come. I felt good. I’d conquered the hills, sort of,
and I’d survived the headwinds that would accompany me for most of the
rest of the trip.

At the very, very end—I’m telling you, I could see the bridge into
Orford—a hill rose over the river. I was tempted to get off and walk,
but then I thought, Glenis told me she’d be coming this way at four
o’clock. I don’t want her to see me being a wimp. So I stayed on the
bike, switched into the lowest gear and slowly pushed my way up. When I
got to the top, I felt great, and whaddya know, it hadn’t been as hard as
I thought it’d be.

They were so kind and interesting, Glenis and Clif. Glenis turned out to be a Tango Diva in all but name, and bike-tripper herself. Over snacks on
the first night, we traded traveling stories. She’d been on a mountain
climbing tour of Nepal and Tibet and bicycling throughout Australia and
New Zealand. I detected a kindred spirit.

Glenis took me mountain climbing at Coles Bay the next morning. She
bounded up Mt. Amos and I managed to keep up behind her. At the top, we
were treated to an overhead view of Wineglass Bay, one of the most beautiful beaches in the world, with blue, blue water and white, white sand. It was all lined by red granite rocks.

Glenis and Clif sent me on my way a couple days later, and I made the
whole, 500-kilometer (300-mile) trek from Hobart to Launceston in seven
days. As planned, I finished my counterclockwise lap around the island
back to Hobart on the bus—because no guy, and no amount of heartache,
is worth that many mountains and headwinds.

Leah Krauss is a freelance journalist based in northern Israel. The
travel bug bit her on a semester abroad to South Africa, Swaziland and
Lesotho, but it wasn’t until a post-college trip through France, Spain,
Portugal, Malaysia (for a minute), Australia, New Zealand and Rarotonga
that she really fell in love with traveling; and more importantly, got
good at it.

Somewhere along the way, she decided her life plan was to go
everywhere, twice. However, if we must narrow it down, her short-term
dream destination is the Canary Islands, which she will not count as her
second time in Spain.

Her favorite travel moments—besides the bike trip, of course—include
fighting off monkey pickpockets at the Rock of Gibraltar, having lunch
with a Bedouin peddler at the top of a mountain in Petra, happening upon
the centennial parade celebration of Picasso’s birth in his hometown of
Malaga, Spain, skinny dipping at midnight in the South Pacific, and
falling a little bit in love with a spice salesman at Istanbul’s Grand Bazaar. 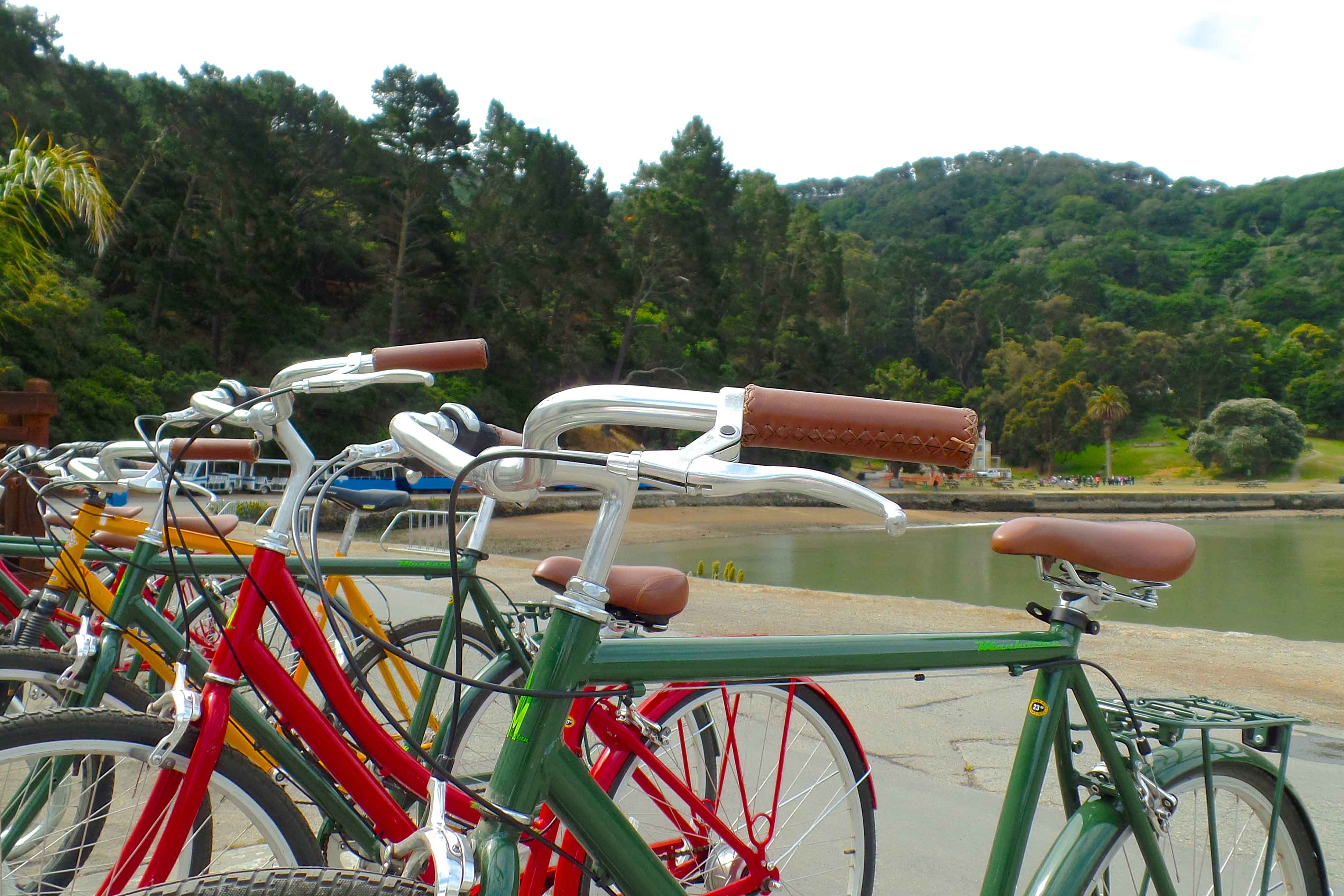 Inspiration: Italy: The Misadventure of a Young Widow 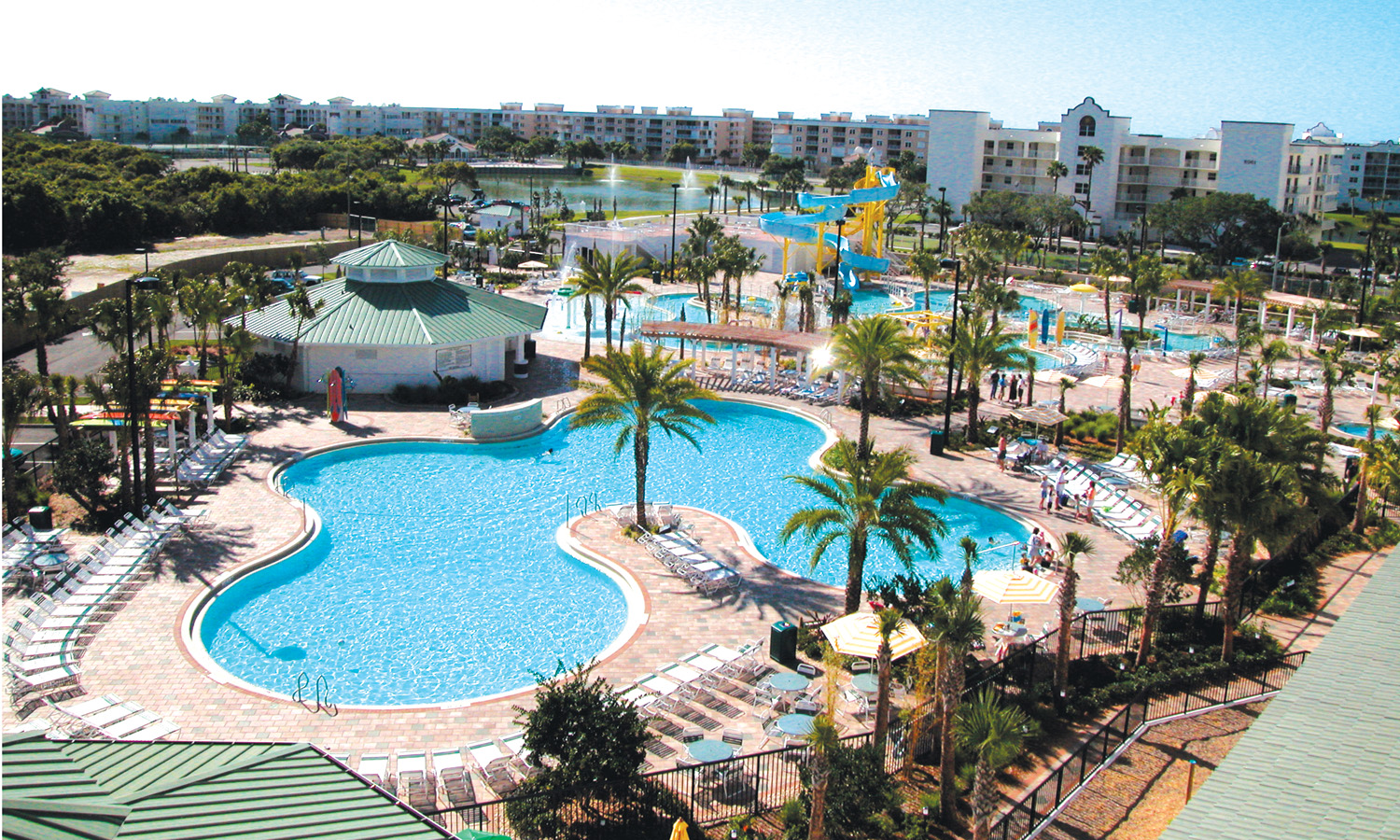