CALENDAR OF COOL, AUGUST AND SEPTEMBER 2006

Alison likes to mix it up. She seeks out culturally
rich and stimulating art, film, music and literary events, festivals, parties and galas that span from
“hole in the wall” venues to elegant, formal settings. She hopes to represent these eclectic interests
in the events she highlights on Tango Diva’s Calendar of Cool.

Alison likes to mix it up. She seeks out culturally rich and stimulating art, film, music and literary events, festivals, parties and galas that span from “hole in the wall” venues to elegant, formal settings. She hopes to represent these eclectic interests in the events she highlights on Tango Diva’s Calendar of Cool.

For those of you into Americana, Bluegrass, Folk, Zydeco, Blues, Country and Swing, check out the Pickathon Music Festival at Pendarvis Farm for the hipster version of these genres. The action spans 80 acres across 3 stages on festival grounds located on scenic Mt. Scott.

Enhance your music themed weekend by staying at the rock star, cultural, boutique Jupiter Hotel. In a mere 20 minutes, a shuttle will transport you from downtown Portland into the foresty thicket.

Who: Music lovers who like old school music with a punky edge

Part grown up Disneyland, time warp Mad Max world and a gathering of international art and dance collectives, Burning Man is an all encompassing, spectacular, sensory, camping experience that will leave you feeling dazed days, weeks and maybe even months after its fabulous, fiery finale.

From a couple of days to a week thousands of people (30,586 last year) caravan into the Black Rock desert to participate in a truly interactive, artistic experiment in radical living.

Warning—This is not for those who are looking for gentle travel. The days are very hot and the nights extremely cold. You can regularly wear swimwear and ski clothes in the same day!

Do it Diva style and try to line up an RV to encounter this temporary city in the desert.

Check out www.burningman.com for past pix, more event details as well as tips for newbies.

What: Burning Man – “Hope and Fear: the Future”

Who: Art and community focused adventurers who appreciate the baptism by fire, the intensity of this truly unique art and music encounter.

This alternative music festival has it all! In addition to the fabulous musical line up, there are literary events (Daniel Handler, Chuck Palahniuk, Michelle Tea, etc), as well as a film festival and comedy, dance (ballet) and theater performances. There’s even going to be a roller derby competition and a Beyond Bollywood exploration of South Asia culture.

This assortment of attractions is all conveniently located in various locations within walking around the Space Needle. You are literally minutes away from each stage.

Check out www.bumbershoot.com for more details

Full line up details at www.aclfestival.com.

Previously a festival within the Glastonbury Festival, Lost Vagueness is a bizarro, Burning Man-esque, twisted fantasy world with a ballroom, a boudoir, a casino, a diner, and outdoor stage and various performers. They keep it interesting year round with a variety of events in locations throughout England and Ireland. Don your riding best and join them at their tribute to the launch of grouse shooting season at “The Glorious 12th” party.

Complete lowdown on all the Lost Vagueness parties at www.lostvagueness.com.

What: Lost Vagueness – “The Glorious 12th”

About the Events Diva:

Alison is truly one of those “live to travel” people. One trip’s end is closely followed with the planning of the next adventure. She often finds herself mentally tabulating the costs of daily expenditures and comparing them to flight prices. She sees traveling as a way to live many lives by imagining and enjoying the lifestyle and perspectives of different cultures.

At 18 she was out the door and spent the next whirlwind, 3 ½ years going to school and traveling
throughout Europe. All of this coinciding with the fall of the Berlin Wall, the collapse of the Soviet
Union, the first elections in Prague, among numerous other significant events that she experienced
first hand, instilled this sense of travel as a powerful way of being connected to something much
greater than herself.

Since then, she has traveled, often solo, throughout Asia, parts of Central and South America and a handful of states in the US. She is currently completing her Masters in International and Multicultural Education at the University of San Francisco and is employed as a Family Financial Literacy Educator at Merrill Lynch. Her relatively recent travels in Vietnam and Cambodia inspired her to pursue her life’s work of advancing international educational development and global exchange.

Some of Alison’s favorite travel moments:

• The chill and thrill of being on a runaway bus in Chiang Mai, Thailand

• Seeing farms populated with pigs and peacocks while horseback riding in Swansea, Wales

• Drinking red wine and watching a thunderstorm in the Swiss Alps in Lugano, Switzerland

• Volunteering at an orphanage in Hoi An, Vietnam

• Getting tipsy and locking arms with a row of rowdy strangers and singing through the streets in Zurich, Switzerland while numerous other rows of people did the same

• Exploring the temples of Angkor Wat and then spending an evening of swimming, spa treatments and dinner at the Grand Hotel d’Angkor in Cambodia

• Getting mistaken for a local

• The inanity of tuk tuk rides in Hanoi, Vietnam

• Sailing on a luxury junk on a 3 day trip through Halong Bay, Vietnam

• Dining at the Dead Fish Inn and Tower, complete with alligator pit, salon, internet café, dance performances and bar as the ping of the rain against the tin roof blended with the ambient trace music in Siem Reap, Cambodia

• My 23rd birthday party at the home of the son of Istanbul’s first female Prime Minister, Tansu Çiller, in Turkey

• Seeing the Bolshoi Ballet in St. Petersburg, Russia and witnessing the head ballerina get dropped

• Ordering my first pizza in Italy and having it arrive covered in anchovies. Whoops!

• Traveling throughout Yugoslavia, when there still was Yugoslavia

• Staying with a hilltribe, hiking through rice paddies and riding elephants for 3 days in northern Thailand

• Making new, fleeting and lifelong friendships all over the world 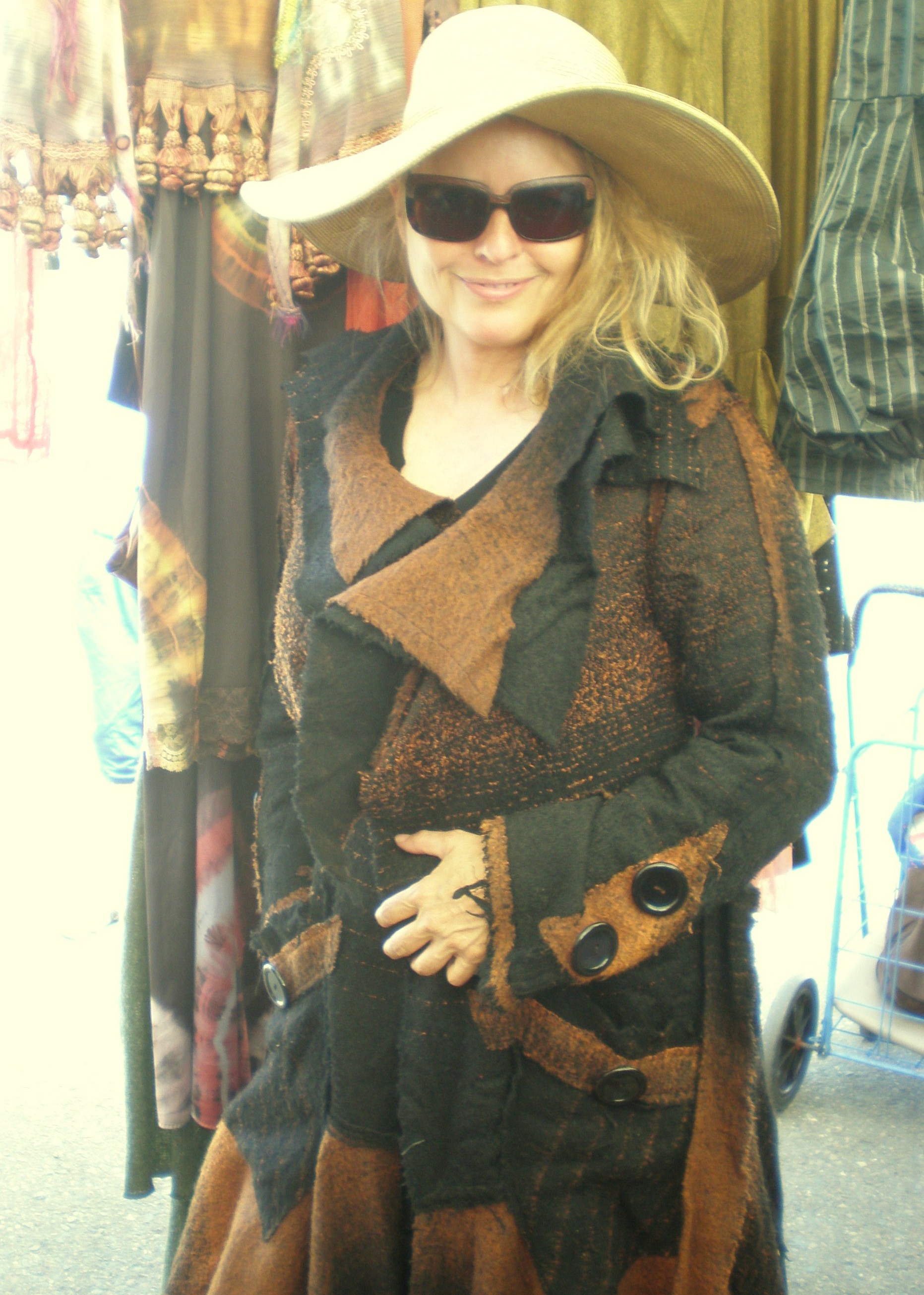 A Flea it is not: Alameda Point Antiques and Collectibles Faire delivers treasure