Shadow had a boyfriend, and she clearly missed him. I had felt a little guilty pulling her away from him as we set off down the trail; she kept turning her head back to look for him. Now we had stopped halfway through the ride to rest, and take in the incredible views from Schweitzer Mountain, down the steep slopes to Lake Pend Oreille and the town of Sandpoint below.

As the other riders and I returned to our horses, we saw that the next group of riders had come up behind us and were tying their horses to the trees next to ours. Sure enough, there was Shadow nuzzling contentedly with her boyfriend who had been thoughtfully placed next to her by the guide.

“They all have their favorites, and other horses they don’t get along with,” said my guide, Suzanne from Germany. “Shadow loves him.”

The three-hour trail ride was one of the highlights of my August trip to Schweitzer Mountain, an unassuming resort and village midway between the artistic haven of Sandpoint and the 6,400-foot summit.

If thoughts of Idaho conjure images of plains and potatoes for you, think again. The northern panhandle region is home to towering mountains, glacial lakes and some of the most incredible outdoor adventures you can imagine — winter and summer.
There were so many things to do in the summer that I almost forgot it was a ski resort. They don’t just change seasons here, they change gears into all new sports and activities. The Great Escape Quad chairlift whisks you to the top of the mountain, where you can take in amazing vistas that include three mountain ranges, Canada just 60 miles to the north, and three states – Idaho, Montana and Washington.

You can also hike to the top, if you’re feeling extra strapping. My boyfriend and I chose to take the lift up, and hike down the well-marked, easy to moderate trails. The trek down took about three hours, taking our time and pausing to admire the gorgeous views and eat some cheese and olives along the way. We also stopped to pick huckleberries which were in season, plucking the shiny, dark purple fruit from the vine and munching as we walked.

In addition to hiking trails, there are also separate mountain bike routes from the summit, and mountain biking is extremely popular here. There are more than 20 miles of cross-country trails and 1700 vertical feet of downhill trails, leading Schweitzer to host the NORBA national championships in 2006.

The Mountain Activity Center can outfit you with bikes and gear, just as they do ski and snowboard equipment in the winter. Other summer activities include kayaking on Lake Pend Oreille; visiting Sandpoint where you can shop, dine, gallery hop or take in some music; or doing a little tasting at Laughing Dog Brewery or Pend Oreille Winery.

Of course, with winter approaching, travel plans do turn to winter sports. My visit to Schweitzer showed that the village has all the amenities that one needs, with none of the crowds or fuss -– and this is what I found most captivating. It’s first-class snow sports all the way, but laid-back with plenty of space, reminiscent of the early days of Sundance. It lies like an undiscovered gem.

About an hour to the south, right on the border with Washinton State, lies another lake resort destination perfect for families or adult travelers -– . In between the two is Silverwood Theme Park, a great pit stop for children (or just the child in all of us).

Open all summer (and weekends in May and September), Silverwood also has a water park and is a very unique wilderness alternative to most amusement parks, right in the center of the pristine lakes and mountains. This 220-acre Victorian attraction was founded by Gary Norton, an aviation enthusiast who started it as a hobby with the purchase of a 1915 steam train. This was followed by the construction of a three-mile train track and over the years, the additions of wooden roller coasters, two steel coasters, the water park, magic shows and more; it is now Idaho’s largest paid attraction.

For a full day of an amazing adventure that just about anyone from the age of five and up can do, head 45 miles east to the Montana border. There the stunning Hiawatha Trail awaits, 15 miles of easy downhill or flat-grade biking trails on the historic Olympian Hiawatha route, where a railroad ran until the 1970s. Today you can bike over the high train trestles between mountain peaks, and through the ten tunnels in one of the most breathtaking scenic settings imaginable.

The very beginning of the trailhead is, in fact, the longest tunnel, Taft Tunnel, which burrows for 1.6 miles underneath the Idaho/Montana border. I have to admit, it was a little disconcerting and creepy at first to enter the tunnel; within a few dozen feet we were immersed in darkness, with the only sounds the dripping of water from the rock ceiling overhead and the splash of the tires through puddles below.

I was glad for the light on my handlebars that provided my only visibility, the other bikers I could occasionally hear behind or in front of me, and the sweater I had brought (the tunnels were chilly, even in August). But the disorientation quickly turned to something like euphoria. The sensation of biking through the dank railroad tunnel was strangely peaceful, and a completely unique adventure unlike anything I had never experienced. Emerging into light after nearly two miles felt victorious. There were many places along the rest of the trail where I simply had to stop and marvel at the nature before and below me, or read the many historic markers along the route that explain the history of the Hiawatha route and the railroad.

The Hiawatha Trail is operated by the Lookout Pass Ski Area and open from late May through early October. You can rent bikes, helmets and bicycle racks at Lookout Pass, and when you complete the 15-mile trail a shuttle will pick you up at the bottom to return you to your vehicle at the trailhead.

I saw children as young as five pedaling alongside their parents, and other riders well into their 70s. For the really hard-core, you can ride up the hill. I took a pass on that, thank you very much. All in all, this is a full day’s worth of adventure – don’t plan anything else afterward except a full dinner and perhaps a cold beer.

Back in Coeur d’Alene, the serene, enchanting lake provides a playground for plenty of other activities, from a sunset kayak or lake cruise to guided eco-hikes. For less active pursuits and cultural interest, the city offers quality antique shopping, a symphony and playhouse, plenty of art galleries, a brewing company and winery.

Coeur d’Alene Resort offers an amazing location right over the water, with lakeview rooms and full resort destination services including shops, a full service spa and golf course that has the world’s only floating green.

A dozen lounges or restaurants are onsite, including the incredible, award-winning . At this seventh-floor gastronomical paradise with a wall of panoramic windows overlooking the lake, I had one of the top five meals of my life.
After choosing a wine –- a monumental task with a two-million dollar wine inventory in one of the country’s best cellars –- we started with a gorgeous cheese plate accompanied by fresh honeycomb and fruit. The main course of delicately seared tuna and housemade cheesecake with local huckleberries were just as delectable. It was a magical culinary evening that you simply don’t want to end – much the way I didn’t want my time in northern Idaho to end.

Shelley is a freelance writer based out of Austin Texas, but she vagabonds in any part of the world whenever possible. Her non-fiction book, The Weight of Silence: Invisible Children of India, follows her journeys into the orphanages, streets and slums of India where millions of children live without families. Shelley’s areas of writing specialty include travel, cultural issues, the arts, women & children, non-profit and social activism, entrepreneurship, business, architecture and interior design.

be sure to also check out Shelley Seale’s webpage 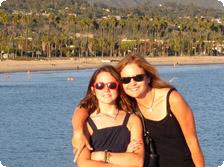 Inspiration: Inspirations for Art: The World is My Canvas