Sunday morning. The Inverness Ridge forest just beyond the balcony of the bed and breakfast is coated with fog. It is seven a.m., and everyone seems to still be asleep, or at least cocooned and hushed by the mist. But soon a few brave birds manage a timid twitter, a hummingbird’s steady buzz signals his return to guard a clutch of flowers, and a quail’s throaty chirps alert his family to follow him into the underbrush. My friend and I savor our coffee and watch the world awake.

After thorough caffeination, we drive down the steep roads of Inverness Ridge to Sir Frances Drake Boulevard, a meandering, two-lane road that will take us to Point Reyes National Seashore. We go in search of the iconic Point Reyes Lighthouse located twenty miles away.

As we coast through verdant, pastoral grasslands dotted with cows and enshrouded in fog, it feels as if we have left California and slipped into the Irish moors. The national park, only an hour and a half north of San Francisco, is its own little country, its own little world.

We pass pastures of Holstein cows, popping out from the gray fog like black and white Rorschach ink blots, begging to be analyzed. They seem just as surprised to see us as we are to discover them in this strangely intoxicating terrain. We pull over to get a closer look, and their heads pop up like jack rabbits, one by one. A few trot toward the fence, unable to contain their curiosity at the bizarre humans who have materialized out of the mist and stopped to visit them. From both sides of the road, the cows’ moos and bellows are deep, and low, and sonorous. Never in my life have I met cows as curious and watchful as these, who regard our every move with soulful eyes.

We would stay longer just to commune with these cows if it were not for the whipping winds and the mist that has started to permeate our clothes and soak into our skin. Onward to the lighthouse. We drive by several signs alerting us to historical farms, many of which seem to have nothing left but the markers, and over bumpy crossings still traversed by cattle. At the end of the road is a parking lot, and a sign that indicates that the lighthouse visitor center is just .25 miles away. We pull on our coats and head out.

Point Reyes National Seashore is a land of extremes. Point Reyes is the second foggiest place in the United States and the windiest location on the Pacific Coast, with the highest wind speed recorded at 133 miles per hour. The beaches are home to hammering surf and deadly riptides. The slopes and valley bottoms have stinging nettles and poison oak. And there is that minor matter of the San Andreas Fault, and how it portends earthquakes.

But it is also home to a moderate climate. Migrating whales and elephant seals. Tule Elk. An incredible variety of birds. And that lighthouse.

We march up to the visitor center. There, a closed gate separates us from a series of steps that supposedly lead to the mythical lighthouse, but are swallowed up by the summer fog. The sign on the gate warns that the steps amount to a strenuous workout, the equivalent of climbing a 30-story building. Another sign indicates that the path is closed on exceptionally blustery days when winds exceed 40 miles per hour. A quick glance down the stairs is eerily reminiscent of The Fog, a horror film shot in the area. I poke a wet finger into the air and swear that those winds are about 40.5 miles per hour.

We ask one of several students examining the layered sedimentary rock and madly scribbling in notebooks about Point Reyes Conglomerate. Clearly not as fascinated by the lighthouse as we, he shrugs and says, “I’m just here for the rocks.”

But just as we stand poised to turn around, we see a ranger, clad in the signature forest-green outfit. He smiles, offers a cheery hello, and tells us that he will open the gates in just a couple of minutes.

My friend and I glance at each other sheepishly. No excuses now.

After the ranger unlocks the gate, we set out, both of us remarking how very easy it is. Nothing at all like a 30-story building! As we approach the base of the steps, the lighthouse – with its white base and terracotta-colored roof – finally materializes.

The lighthouse first shone in 1870, in hopes of reducing the number of shipwrecks on the peninsula. It was built at the foot of the point, so that its rotating beam, which extended 24 nautical miles, could be cast below the fog. The beam of light emanated from four burning wicks that burned refined lard oil. A three-ton Fresnel lens, which stood nearly eight-feet tall and consisted of more than one thousand hand-cut prisms, intensified the light by bending and magnifying it into beams.

In the area’s ubiquitous mist and wind, manning the lighthouse was no easy feat; sometimes the dense fog meant that the light had to be kept shining non-stop for days on end. The beacon was converted to electricity in 1939 and replaced by automatic equipment in 1975. The successor, small and unpresuming next to its tall, romanticized neighbor, seems to sense that its antiquated friend is still kept in operating condition, lest it break down one day, and works all the harder – swirling its electric rainbow light and sounding off every thirty seconds.

Staring down at the surf from the lookout point, hair whipping and slapping our faces, it is not hard to imagine the rugged life of the lighthouse keeper, which becomes even more salient as we start back up the stairs – all 300 plus of them. We stop every seventy-five stairs or so to stare wonderingly (read: stall) at a plant or bush. The ascent does indeed feel like climbing a skyscraper.

Back up at the top, we are ready to head back to the car and to the small town of Point Reyes Station. But before we leave, we glance back one more time at the lighthouse. Ironically, the very thing meant to keep people away from this rugged shore now lures them in.

A Siren with a siren. 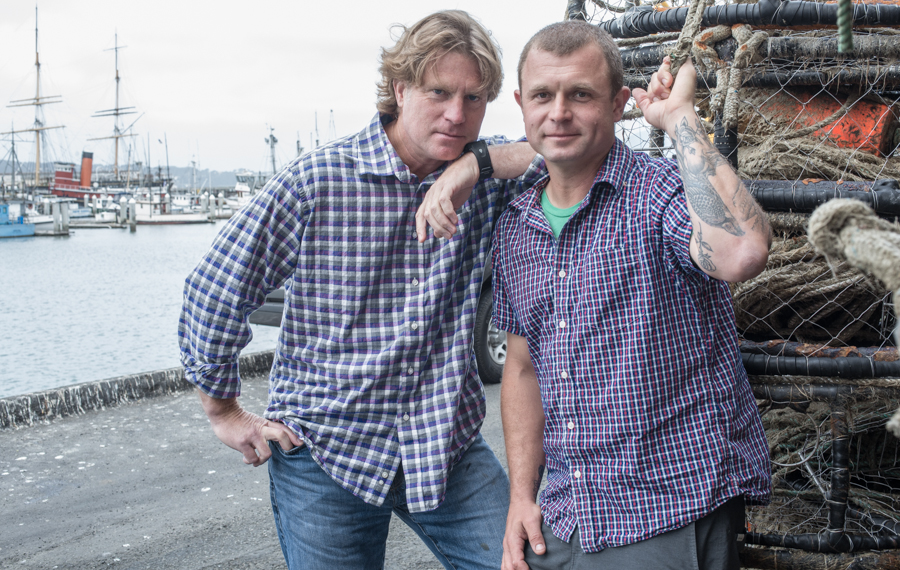 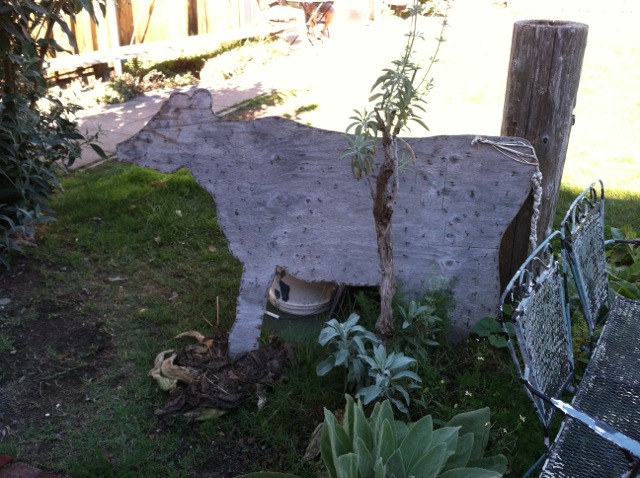 Tomales Bay and Beyond