In Conversation with Gwyneth Borden, Our Public Transport Diva 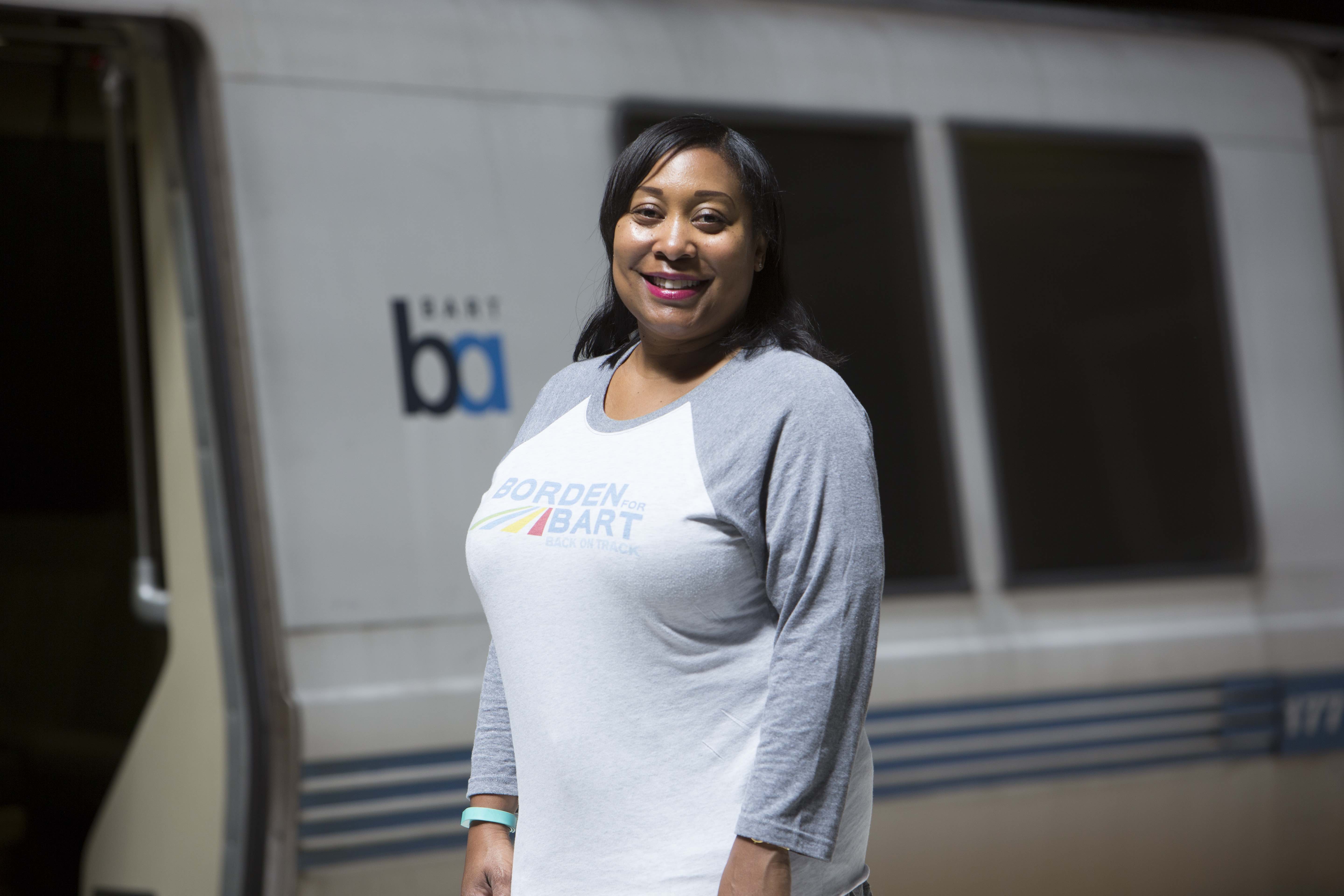 Diva, regardless if you are evergreen or strapped for cash, if you live in the Bay Area, you have at one time or another ridden BART. BART is to us—and visitors, what the Underground is to Londoners—well, minus the “Mind the Gap” warnings. So, we ask that you raise your glass and support a Tango Diva who’s trying to make BART better for all.

We’re indebted to Gwyneth Borden for raising up her hand, once again, to offer her wisdom as a civic leader. A candidate for BART Board of Directors and a long time BART transit user, Gwyneth Borden is a high-energy diva visionary with incredible insights for BART’s future. In a conversation on the run up to Election Day 2016, she shared her wealth of ideas about how to make our regional transit more efficient and effective.

Once “the crown jewel of public transportation,” Gwyneth shares details on where BART currently requires investment to attain a “state of good repair,” as it suffers from antiquated tracks, train control system, and a power infrastructure built in the late 1960s. Nearly 45 years after the first riders hopped on BART in 1972, an estimated $9.6 billion is required to turn things around before the system ages beyond repair.

Gwyneth says a key funding component to the tune of $3.5 billion as a general obligation bond measure is essential to replace tracks, improve safety and increase train reliability as physical parts of the system reach the end of their practical lifespan. That bond measure appears on the November 8th general election ballot as Measure RR.

For the system that serves more than twice the number of passengers for which it was designed, in addition to making sure BART invests in its core infrastructure going forward, Gwyneth talks about three pillars:

San Francisco Chronicle has endorsed Gwyneth Borden for an opening on the BART Board of Directors, citing her “depth of experience in the private and public sectors…and commitment to transit.” Learn more at BordenforBART.com. The district seat she seeks is a San Francisco one, covering the BART stations from Powell Street to part of Balboa Park.

Gwyneth has worked in the public, private and nonprofit sectors. Gwyneth is the executive director of the Golden Gate Restaurant Association (RA), while also serving on the SFMTA Board of Directors. She served on the Mayor’s 2030 Transportation Task Force, the San Francisco Planning Commission for six years, the 2003 Expenditure Plan Advisory Committee that authored the half-cent sales tax for transportation which today funds the city’s transportation projects.

Prior to her time at GGRA, Gwyneth worked for 10 years at IBM, where she worked on innovative initiatives like Smarter Cities and Smarter Planet. A former aide to then Supervisor Gavin Newsom, she actually started her career on Capitol Hill working for retiring Senator Barbara Boxer.