Activity Review: Russia: From the Hermitage with Love

After my husband died in 1988, I chose to fulfill my long-held desire to travel. Since then, I have traveled from Alaska to the Caribbean to the South Pacific to the Mediterranean. My most recent cruise was to the Baltic, where I visited the Hermitage Museum in St. Petersburg.

The Hermitage Museum consists of six buildings along the embankment of the River Neva in the center of St. Petersburg. The star of this ensemble, the Winter Palace (constructed 1764–62), was the former residence of the Russian tsars.

The Winter Palace has a long and colorful history: damaged by fire in 1837, it was reconstructed and, during World War I, even housed a hospital. At the start of World War II, when Hitler’s troops invaded the city, dedicated Hermitage employees evacuated the museum’s collections (over a million exhibits) to the Urals, where they were stored underground until the Hermitage reopened in 1945.

Today, the Hermitage is filled with so many works of art—over three million items compiled over two and a half centuries—that our guide told us it would take more than a lifetime to view each art piece for one minute.

Our tour moved very quickly through the rooms we were allowed to view. The artwork, the rooms, the statuary, the marble, the stonework, malachite floors, the many huge vases—the very size of the palace!—were all dazzling, and unforgettable. Our tour included a by-appointment-only visit to the Gold Rooms in the Treasure Gallery, which contains ancient gold jewelry and artifacts, including pieces from the reigns of Peter I and Catherine II. In a testament to the goldsmiths’ exquisite craftsmanship, many pieces on display were done in miniature.

The Winter Palace’s countless opulent rooms, filled with gold and priceless artwork, were a powerful reminder of the vast separation between the condition of the ruling families who lived there and that of the rest of the population. I was reminded of my visit to Versailles—and recalled how both the tsar and the French royal family died at the hands of their starving subjects.

Before we started our tour, I’d had enough time to buy an English edition of the museum’s guidebook, which details the history of the art collection. On the way out, I stopped by the Rastrelli Gallery museum shop to purchase a lacquer box, which I had been wanting to add to my collection. I chose one signed by an artist from the school that supplies lacquer boxes exclusively to the Hermitage.

The day after our visit to the Hermitage, our tour visited Peterhof, the tsars’ summer palace, which gave us another snapshot of what life had been like for the tsarist elite. Located about twenty kilometers from St. Petersburg, Peterhof—sometimes called the “Russian Versailles”— consists of a series of palaces and hundreds of acres of glorious gardens, as well as the largest gold fountains in Europe. The manicured gardens are constantly under care: we noticed many young women on their knees carefully pulling weeds from its expansive flowerbeds. The palace’s art, its golden domed chapel, and its many rooms—each designated for a special event—were amazing.

That evening, we returned to St. Petersburg by boat, down the River Neva, passing the Hermitage on our way. The museum—and my long-anticipated visit to see it—had been worth the wait.

Scharlene Fulmer lives in Capitola, California, where she pursues her interests in advocacy, art, and adventure. 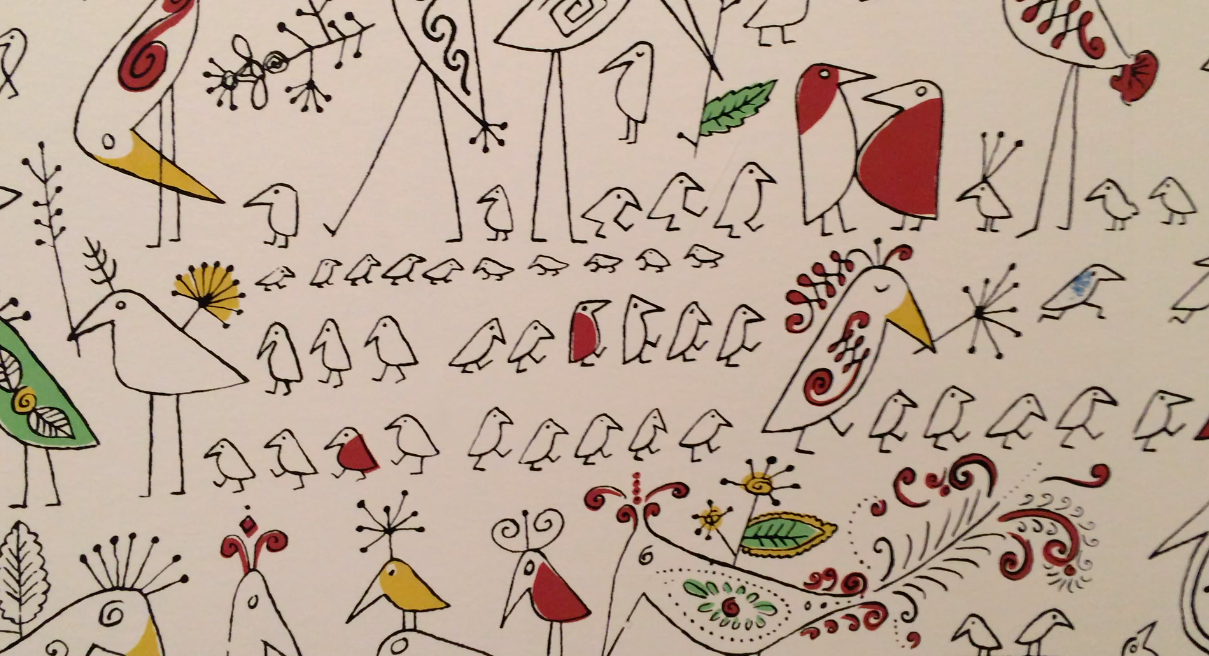