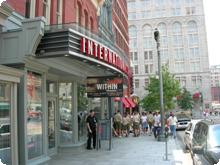 Before I arrived in Washington, D.C., I had an A-list itinerary of places to see: the Lincoln Memorial, the White House, Capitol Hill, Georgetown, and the easy-going suburb of Adams Morgan. As I planned my agenda during the forty hours it took me to get to Washington from Melbourne, I couldn’t help but wonder which spot would be my favorite (and which would be surrounded with the most security).

Each place I visited in Washington was incredible in its own way, but it turns out that a very different part of D.C. left the best impression. The suburb of Penn Quarter is a part of town that, until very recently, appeared on the six o’clock news for all the wrong reasons. In its former state, it also drew blank looks on the faces of locals, including my native Washingtonian friend who described it as being “a long way from anywhere good.” You get the picture.

But it’s amazing how easily a bad neighborhood can turn good.

Open a slick restaurant, renovate a hotel, and introduce a stunning new bar that’s attached to the wildly popular International Spy Museum next door and suddenly, an entire suburb is back on the map. After being renamed by a public relations firm looking to drum up interest in the area, Penn Quarter real estate is at a premium, high-profile politicians are making it a priority, and the dining elite is giving its silent bites of approval.

But as with most trendy new neighbourhoods, Penn Quarter’s emerging appeal has been passed among locals by word of mouth—so as a tourist, I ended up discovering the neighborhood completely by accident.

I emerged from Penn Quarter’s Chinatown station after dark, due to meet a few friends for dinner at a new restaurant called Zaytinya. Searching among a sea of the city’s ubiquitous federal-style columned buildings, I spotted the restaurant. Upon entering, I didn’t want to leave.

Zaytinya is by far the most dramatic restaurant Washington has seen in years. It has brought Spanish tapas to downtown D.C. with an extraordinary amount of class. (Note that reservations are kept for only fifteen minutes—only one gin and tonic by my watch—so arrive on time.) Despite its overwhelming size (it seats 200), the space feels intimate. Its main attraction is a soaring grid of candles that cast a flattering glow on all who come to feast on some of the sixty mezze (small plates of hot and cold appetizers that begin a Middle Eastern meal) Zaytinya offers. I happily took my seat beside the fireplace on the upper section of the two-tiered mezzanine with the intention of tasting as many dishes as possible. From the shrimp and scallops with dill, lemon, and olive oil to the braised lamb with eggplant, I was in heaven. I left Zaytinya having enjoyed one of the most wonderful culinary experiences I was likely to have for a few years—but not giving a second thought to returning to the area.

Without realizing it, I was headed back to Penn Quarter the very next morning to visit the International Spy Museum, which came highly recommend by my hotel porter. It turned out he knew what he was talking about. Given the line, he must have told every other tourist in town as well: we arrived at midday and tickets were sold out until five pm. I thought I’d make the most of the situation by buying tickets to the five o’clock tour and walk around the neighborhood in the meantime.

This turned out to be the smartest, albeit unintentional, plan I had so far.

In need of a caffeine injection, I spotted a bar/restaurant called Poste. Located in the fireproofed former mail sorting room of the 1939 General Post Office building, Poste’s cast-iron, beamed glass ceiling provided plenty of light for mail sorting—and years later, plenty of sunshine for summer cocktails. Only on my search for a bathroom did I realize that Poste was part of Hotel Monaco, the trendiest hotel in Washington.

My search for a bathroom was a colourful, escapist journey. Poking my head into a room that was being cleaned, I was amazed by its size and vibrant style. The hotel’s modern furnishings and wild, Alice-in-Wonderland palette complement the building’s original marble floors, high ceilings, and federal-style columns. The building’s original high-vaulted ceilings towered over a blend of vibrant red neoclassic furnishings and creamy yellow walls. In the ladies room, Aveda® products lined the mirror.

By far the most startling observation I made were the goldfish at the front desk. A hotel employee explained to me that the goldfish are complimentary companions for guests who miss their pets. This “Guppy Love” program has so far proved to be quite a hit—especially since the guests are not responsible for feeding the fish or cleaning the fishbowls.

After a few token photos in front of the FBI Building and long and expensive visit to Borders, I made my way back to the Spy Museum. To say that Washington’s newest tourist attraction is a fascinating journey through the history of espionage would be a gross understatement. Some argue it exists purely as an alternative to the FBI and Pentagon tours that have been shut down since September 11. Whatever the reason, the museum is a compulsory stop for visitors.

The tour starts with an elevator ride to the top floor. I waited for my turn directly underneath an intimidating statue of Feliks Dzerzhinskii, suspended by ropes from the ceiling. Dzerzhinskii, I learned, was the intensely feared head of the Soviet Secret Police, or Cheka (Extraordinary Commission for Combating Counterrevolution and Sabotage), which the Bolsheviks used from 1917 to 1922 to suppress counterrevolutionary activity.

The International Spy Museum reveals the good, bad and ugly side of espionage—and whether spies interest you or not, this destination is an absolute must. For three hours, I weaved my way through dozens of exhibits, examining more than 200 gadgets. Weapons, bugs, buttonhole cameras, disguises, computers, and even modified cars—the Spy Museum had just about every device developed in recent espionage history, as well as an account of the era when each was used.

One of the museum’s most fascinating exhibits is about double agents—and the tragic fate that met most of them. The exhibit covers recent double agents like Robert Hanssen, the respected FBI agent, family man and staunch Catholic conservative whose double life had him selling secrets to the Soviet Union. The exhibit also tells the story of the Rosenbergs, the husband-and-wife couple at the center of the sensational Cold War espionage trial. In this dramatic story of love and betrayal, Julius and Ethel Rosenberg were found guilty of selling nuclear secrets to Russia and, against a backdrop of widespread demonstrations and public outrage, they were executed in 1953, leaving behind their two children. Forty years on, the debate still rages as to whether the punishment fit their crime—or to what extent either truly was an “atomic spy.”

I was mentally exhausted and starving after our three-hour tour of the museum, and knew I would turn violent if I wasn’t seated as soon as possible. To the left of the museum’s exit, I noticed a gaggle of valet parking attendants whisking away luxury vehicles—and I knew that a magnificent meal was just a few feet away!

Zola turned out to be a spectacular success. It may be attached to the International Spy Museum, but it’s no token theme restaurant. Since opening in 2002, Zola has won stunning review after stunning review. Named for French novelist Émile Zola, the restaurant is the epitome of masterful design. Taking a seat in a velvet booth, it took a few moments to notice that the walls are decorated with genuine declassified intelligence documents; one-way porthole windows allow you to spy on the kitchen staff too. The dining room’s low lighting and its stylish waiters (dressed head to toe in black) all add to the atmosphere. Although Zola may claim to offer “straightforward American cuisine,” there’s nothing simple about the food. Starters included homemade farmers cheese, eggplant caviar, and North Carolina littleneck clams. The chocolate fondue at dessert may tempt you to defect.

I headed back to the hotel feeling completely spoiled. I’d discovered a wealth of incredible places—all within three blocks of each other. I’m not advising anyone to overlook the more serious side of Washington—but give me Penn Quarter any day.

When Andrea isn’t flipping through fashion magazines at Borders, she is a news producer at Reuters Television in Washington D.C. and can often be found ambushing the likes of Colin Powell or observing Colombian drug lords in court hearings.

A native Australian, the thirty year old has spent most of her adult life as a television news reporter, venturing on assignment to glamorous destinations like Indonesia, Hong Kong, and Cambodia. She has written for Australian Vogue Entertaining and Travel, BMW Magazine, and Virgin Airways’ in-flight magazine Voyeur.

Andrea’s new year’s resolution is to figure out what to do with her Master’s degree—and to fly business class.

Everything you need forWashtington DC hotelsfrom Yahoo Travel, Frommers, Fodors, etc. all in one place 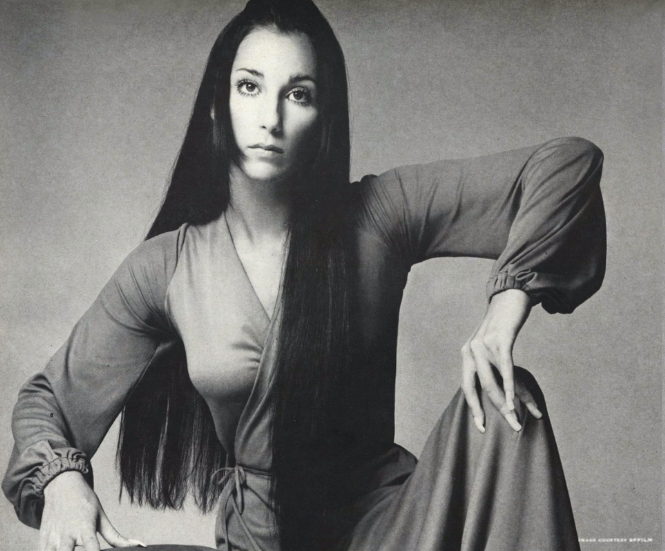 Travel Guides for your smart phone!