Harry Potter fans across the world this summer celebrated the final chapter of the ten-year long cinematic saga that has become a global phenomenon. I happened to be lucky enough to be in London for the night of the premiere of Harry Potter and the Deathly Hallows Part 2. Unfortunately, what seemed like impossibly high (and I might add, oppressive) barricades surrounded Trafalgar Square to keep the onlookers cordoned off from the festivities.

After spending over an hour being hustled by surly security guards, who in gruff tones droned the same command of “keep moving,” I was beginning to lose hope. However, in spite of their attempts to spoil what was for me the conclusion of a series I had grown up on, I had the happy chance to stumble upon the one area of the red carpet where those of us not fortunate enough to have graced the halls of Hogwarts were permitted to cross and finally found a spot to nestle into. Wedged tightly in a crowd of thousands, I stood on tip-toes trying to get the best view of the big screen in Trafalgar Square as the stars who had become some of my best literary friends and the woman whose genius inspired it all walked the red carpet. I was in a euphoric daze and sported a giddy grin that didn’t leave my face for hours.

This autumn Ireland‘s Ashford Castle, a historic medieval castle set in the village of Cong in the West of Ireland, is giving Harry Potter fans–or more appropriately fanatics–the chance to celebrate the epic conclusion. A ‘Hogwarts Halloween’ will be hosted at the castle which dates back to 1228 and boasts a 700-year history of magic and sorcery! The secret rooms, hidden alcoves, and mystical surroundings of secluded woodland recall the Room of Requirement, passages revealed only through the Maurauder’s Map, and the Forbidden Forest of Hogwarts. A more fitting location couldn’t be hoped for.

With the close of the Harry Potter films this summer what better way to celebrate the end of an era than at a castle in Ireland with as much mystery and magic as Hogwarts itself! The combined mystical allure of Ireland and the Harry Potter-themed celebration make this a trip not to miss out on. So pack your trunks, robes, wands, and magical pets of choice and get ready to travel to a land pulsing with magic! 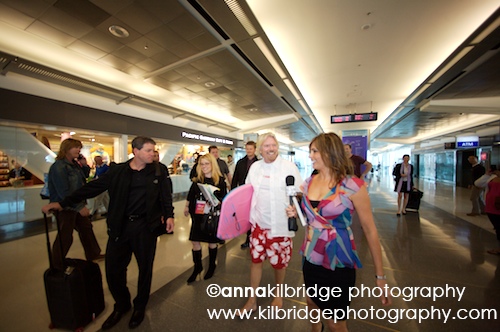 Richard Branson Shares Some Wisdom With Me

Best of the Bay—Beyond Compare!