The last time I flew American Airlines, prior to my recent trip to NYC, was when the 757 I was riding in from Lima lost engine over the Andes in Peru. One could say that I don’t have the fondest memories of the airline, and after my last trip, nothing has changed.

What I find so disheartening is that airlines (besides Southwest and jetBlue) forgot that there are people flying around in their planes. What ever happened to common courtesy and friendliness? Case in point. I needed to get to New York to meet with my publisher and someone from Penguin’s publicity team to talk about the status of the book and how we are going to market FLY SOLO. Because I own my own business, first class is not an option (maybe when my book is a bestseller, I’ll splurge!). So, to save money I cashed out my frequent flyer miles to get from SFO to JFK.

It seems that every time I use my miles, I get stuck in the back row in some crappy seat in the middle of two fat people. This time I was a bit luckier. I was still in the back of the plane, but I sat next to a fine young gentleman who I’ll call Mr. Miles. Unlike me, he flies for a living, well not really. He is an I.T. guy and is constantly on a plane – an American Airlines plane no less! He too got kicked to the back, even though he has thousands and thousands of miles with American and flies with them weekly. So, we spent the ride over the US chatting and drinking cheap red wine that cost $5 a glass.

Our flight attendant, who I’ll call Ms. Holiday, was a bitch. There I said it. She was perpetually rude, never smiled, and smirked at us when we would ask for another bottle of wine. She was too busy to serve us because she was eating a first class dinner on the last row of the plane. Heaven forbid we would interrupt her meat and potatoes meal – which we could all smell in economy – cruel.

The pinnacle of her bad behavior came when some innocent soul took a picture of himself and his girlfriend in row 30E. Ms. Holiday went off. She started yelling at the poor souls about 9-11 and how it is against the FAA regulations to take pictures in planes. It’s not. It is against the law to take pictures of the cockpit, carry a gun on board, and wear shoes with bombs. So, to prove her wrong, I pulled out my camera, and when the next flight attendant came by, I asked if she could take my picture with my new friend. She happily agreed. I looked at the picture, taking my time and proclaiming that I did not look good and asked if she would take another. She was happy to satisfy my vanity. Next scene, Ms. Holiday yelling at us – mainly the poor, frightened flight attendant from business class, who assured her that no one was committing a federal offence, which Ms. Holiday proclaimed, “Well, we are starting to descend and you need to turn of all electrical devices.”

Memo to the airlines who are hemorrhaging cash. You might want to invest in some Ms. Manner classes for your flight attendants, especially the ones who think we’re not looking or blogging. 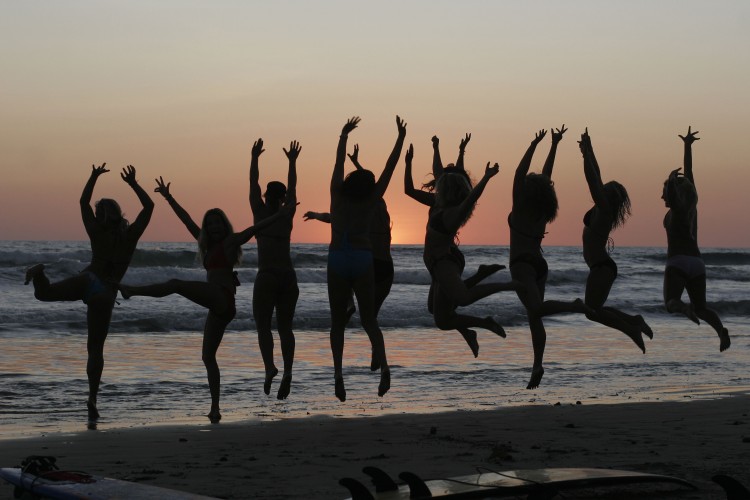 Woman of the Year!

4 thoughts on “What Friendly Skies?”