I fly down the hallway and frantically dig out the yellow pages from the kitchen drawer. I look under “H” for Hurricane. Hurricane Concrete, Hurricane Fencing, Hurricane Shutters…

Sheets of rain slap the King palms that earlier shrouded my rented residence in lush secret coverage. The palms lay flat, flapping, wagging in the wind like a dog’s over eager tail. The rain shape-shifts into an evil villain, gobbling up everything, spitting it out, regurgitated into some other slipshod landscape. I rush down the stairs and look out the front door. I know that my house will lift off, hurled out to Cuba.

When I arrived in Key West in the middle of the night just two days prior, it was the first vacation I’d taken in seven years. After a failed marriage, I fled south on the cheapest ticket I could find anywhere to re-examine, reconfigure my life. I had to figure out where I had gone, who I was and who I wanted to become. I rented a house on Albury Street for a solo week, ready to explore the seven miles that comprise Key West, along with my own undiscovered landscape.

But this is what I get for traveling alone. I have no one to yell to, no one to scream with. I am it. I panic and hurriedly open up the big yellow book again. Surely, there is a succinct diagram complete with footpath showing little feet walking, directing the way to a hurricane shelter. But there is not.

I run to the front door again and hover in the doorway. Across the street, I see my neighbor, Butch. He is standing in his doorway, too. We look at each other from across the street as uprooted Hibiscus shrubs fly between us. Butch raises his hand and kind of waves. He smiles. Why is he smiling? I’m so scared I shoot up the stairs and actually hide under the covers.

The next day Butch tells me that it was all nothing. But I know what I heard—the creaking rips of the house being pried from its foundation, like somebody scraping burnt cheese off a frying pan. Butch’s house is sopping wet inside. A hurricane that ravaged Key West two years earlier had torn a gaping hole in his roof. He never bothered to repair it.

“It’s not that bad,” Butch blinks. “I just have to stand in the doorway when it rains, that way I don’t get wet.”

Butch wiggles his right tennis shoe around, dragging it across his dirt walkway, his eyes scanning down Albury Street.

“I can’t really pay for all that,” he says. “I don’t mind the doorway, I got the doorway.”

Most people would be dumbfounded having a hole in their roof, on the phone with the insurance company the next day. Butch is not like them. A lifelong Key West resident, he takes everything in stride, nothing fazes him. “It all dries out, eventually, as do most things,” Butch waxes. Ain’t that the truth, I think.

Albury Street lies on the outskirts of northern Key West, far from the tourist center. Tucked away on Albury, I am the tourist among stray cats, feral roosters and weather-weary locals. And I’m hot. The air is so thick I feel like I swim up to the front porch of my house, I swim on my bike, and I swim over to Butch’s.

I find Butch sitting on his porch most days. He pulls up his socks despite the heat. He looks tired, tan and his gray greasy hair is combed over, long and wavy. Cinder blocks with striped Aloe vera plants growing through them line his weather-beaten porch—hurricane-proof pots. A litter of kittens rolls around at his feet.

“Are those all your kittens?” I ask.

“Well, I just feed ’em and they stick around,” Butch replies.

“That’s pretty cute,” I smile, but all of them have the mange, the fleas and gloppy shut eyes.

“You going around today?” Butch asks. “You have fun, and don’t forget to get that Key Lime Pie on a stick where I told you to get it, only go there,” he yells after me.

Butch thinks I have come to Key West for souvenirs and Key Lime Pie.

On my daily outings, I find mental refuge in Key West’s cemetery. I wade through dirt paths separating rows of graves on my bike. I pedal slowly, nearly tipping over at each grave. Past each headstone, lives lived long ago swirl through my head. I speak their names aloud, read their epitaphs, study their plastic browned pictures with their fancy up-dos and suits, wondering what their lovers looked like, and how they died. Jews, Catholics, Cubans, Bahamians. I don’t skip a single crypt, afraid they will see me pause, passing them over for the more ornate grave ahead of theirs. I go back each day, picking up where I left off. I am at peace in the cemetery; thinking of others’ lives relieves me from thinking of mine. Their heartache and loss somehow seem more alive, more compelling than my own.

When I get back to my house, Butch is standing in the middle of Albury Street, calling over a cat that has taken up residence in the shade of my porch.

When I swim up to my porch, I see Olivia’s jaw is dislocated, cocked to the left, lending her a subtle crazy look. Her sweet red tongue pours involuntarily and helplessly out of her mouth and she smells like death.

“She just minds herself,” Butch answers. “I just try to check on her. Mostly, she stays on Olivia Street though, it’s funny her being here.”

I unlock my door and Olivia drifts off to sleep, napping peacefully wherever she happens to find herself. What more could she ask for?

I lie on my bed lounging, listening to the air conditioner blow. The pale, lethargic lizard that has been living under my bed scurries out to greet me. His sun-starved green scales have faded to a milky-green; I don’t know how long he’s lived in the house, but I like knowing he’s there—my reptile-in-waiting. In the nighttime, he makes little scraping sounds in all corners of the house. I assume he is getting his ‘things’ in order.

I too am getting my things in order—preparing for the return to the life I lived before Key West. I didn’t exactly figure out who I was or who I wanted to become—not entirely anyway. But I did figure out who I wasn’t. I wasn’t a lost cause. Sometimes, we aren’t dealt the best hand, so what do we do? We rest in the shade, when and where we can, we stand in the doorway, because it is what we have. Those enshrined atop Key West remind me of life’s brevity, finality. The unease that had traveled with me finds balance and perspective in a much larger world than my own inner existence.

On my day of departure, I detour to the shore. Land’s end. I stop to release the end of a chapter at the edge of a continent. I dip my toes in the coastal blue waters—the beginning of something big, an eyeful of another realm that spreads everywhere, reaching all corners of the globe. I am at land’s end, ready to jump in.

Michelle McAlister is a freelance writer and world traveler. She primarily travels solo and is a frequent international volunteer. She has written for InTravel magazine and eMagazine, the Environmental Magazine. While she calls San Diego home, her overstuffed bookcase sardined with travel journals and maps to far flung locales spur her to travel on, further neglecting her garden. She has a BA in French and Spanish and a minor in Russian language and studies. 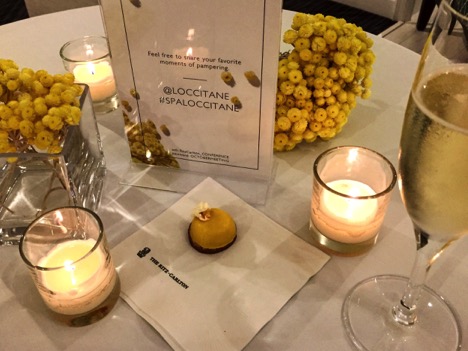