Taxis on the streets of New York

Taxi prices in New York have gone up since I was there last year. A trip into Manhattan from JFK International will now set you back forty-five dollars, plus toll and tip.

The Grand Hyatt Hotel on East 42nd Street is located directly above the refurbished Grand Central Station, but the hotel itself is unfortunately not so grand, and a one I would not recommend to single, savvy women. It is gold, though—very stuck-in-the-eighties gold. That might not be so terrible, but what is terrible is their amazingly bad service.

At check-in, I was greeted by one of the front desk staff. As he tapped away on his keyboard, presumably checking for my reservation, I mentioned a FedEx package should have already arrived for me. Like a policeman stopping oncoming traffic, he thrust his flat hand toward my face and said “Well, I can’t do anything about that until you’re checked in, so please give me your name again.” Delightful fellow. Reminded me of my father.

I woke up in the middle of the night and decided to go online, only discover in the guest service book that “The data port is located on the right hand side of the telephone in your room. For additional assistance please contact the hotel operator.” No mention of DSL or high-speed Internet access. Strange. A high-end business hotel without high-speed Internet? Besides the fact I couldn’t access the net, I couldn’t sleep either, so I decided to watch television. Not having cable at home, I was looking forward to the premium channels that come with staying at a premium hotel. But where were they? No HBO, no Showtime, and hardly anything of any substance.

As I sat down to breakfast in the Manhattan Restaurant the next morning, I asked the waiter if he would be kind enough to bring me a clean fork, since the one I had appeared to be encrusted with dried strawberries and waffles. I was expecting an apology of some sort but all I got was a monosyllabic response.

Early the next morning after I’d showered, I could see the East Coast weather was causing problems for my delicate West Coast skin. I found no moisturizer in the bathroom, and called housekeeping to request some. I arrived back to my room before midnight feeling itchy and flaky, and still no moisturizer had materialized.

Requesting a wake-up call resulted in twenty rings and I gave up, deciding to call the front desk directly. Ten rings later, I was transferred to the hotel operator, who not only scheduled my wake-up call but very kindly took my breakfast order, too. An all out one-stop shop. I had a similar experience the following night. It appears the operators wear many hats at this hotel, and should be commended for their diversity.

The next morning, having given up on anyone bringing me moisturizer, I ran across the street to Duane Reade and bought some.

While having a drink in the bar the night before, I chatted with a few people who were also staying at the hotel. They thought the accommodation was “okay” but were disappointed there was no high-speed Internet access. I overheard two men (who by the way loved the hotel) discuss the price of their rooms. One gentleman said he paid $289 per night, which was less than I was paying. The other guest let him in on the little secret: if you tell them you work for Verizon Wireless (apparently no one ever checks or requests ID), you get the bargain nightly rate of $189. Now I completely understand that larger accounts that have staff staying at the hotel are frequently given corporate rates, but over $100 less than a singleton like me?

The day before check out, I woke up to find an invoice pushed underneath the door. Apart from the fact it was such a bad copy I could not read how much the hotel wanted to charge me, I wasn’t due to leave until the next day. I picked up the telephone and called the front desk but got no answer (surprise, surprise!) so I threw on my sweat pants and ran downstairs. I thought it would be prudent of me at this point to speak with a manager.

Elaine was very apologetic and extremely keen to make a note of all the problems I’d experienced during my stay at the Grand Hyatt. Each time I told her a detail, she said “that’s unacceptable,” or “that’s totally unacceptable.”

When I mentioned the lack of Internet access, she dived right in and told me that not only does the hotel have wireless Internet service, but free wireless modems to boot. How would I know this, since the information is not given anywhere in the hotel room, and no one told me this when I checked in? Elaine explained that the information is shown clearly on the Hyatt website, but I’m not sure how I would notice this unless I was actually online. My conversation with Elaine did end on an encouraging note. She offered me complimentary certificates for a future stay, but when I declined, saying I didn’t think I’d ever be returning to the hotel again, Elaine said she would be happy to apply a credit to my bill for my current stay.

Later that day, after I’d had time to think about it, I decided that perhaps I’d been a little too harsh in my judgment of the hotel, and called Elaine to tell her I would take the certificates for future stay. She was extremely grateful and thanked me numerous times for giving the hotel an opportunity to redeem itself. She said to come by and see her when I returned to the hotel.

It was late in the evening when I returned to my room and Elaine had left for the day. The message light on my phone was flashing. When I called to get the message, I was told there was a “welcome pack” waiting for me at the front desk which I could collect when I departed.

Saturday, March 12, and I was checking out. Slight problem, though: no one could find the “welcome package” I was supposed to pick up. At that point, James, the assistant front manager (with no business card) on duty, came out to speak to me. James said Elaine had explained to him the problem, but then proceeded to ask me exactly what my complaint was. Obviously, I was not in the mood to go through my long list again. James told me that I would receive a welcome back letter in the mail. When I asked what my compensation would be, he wasn’t sure. I still haven’t been able to find out what I was supposed to be collecting from the front desk.

I told the bellboy I was going upstairs and requested that he come up in five minutes to get my luggage. He responded by telling me to call from my room when I was ready and someone would be “right up.” Unfortunately though, if no one answers the telephone when a guest calls downstairs, being “right up” is somewhat unlikely. Thankfully, I had a girlfriend with me who picked up the thirty-pound box I needed to send out by FedEx while I dragged my suitcase downstairs.

We stopped by the mail room with the package (I’d already prepared the shipping label for it) and were told that FedEx doesn’t pick up on Saturdays. I said not to worry, I would call and schedule a pickup. The mailroom attendant told me they didn’t allow FedEx pickups on Saturdays and that I would need to drop off the package at FedEx myself. Leaving the box, I went upstairs to see James again. He explained the hotel’s usual policy, but said that under the extenuating circumstances, he would be happy to call for me. I declined his offer and called myself. When I asked James if there were certain times FedEx was allowed to pick up packages, he told me I would have to speak to the mail room.

Admittedly, many of the individual complaints on my list are, by themselves, minor, but when lumped together, they about as big as Mount Everest. The Hyatt name is synonymous with excellent service, but the type offered by this (not so) Grand Hyatt in New York is definitely well below par.

On a more positive note, two staff members there deserve my award of excellence. When I needed to switch rooms because there was an awful smell in my first room, Amena from the front desk was polite, apologetic, and prompt, switching my room without hesitation. The bellboy on duty that same morning was named John. I explained I had to leave for a meeting, but would he kindly move my bags to the new room several floors up? Before I even gave him a tip, he said he would be happy to take care of things, including the clothes hanging in the closet. Where was John the night I checked in or checked out?

Albert Einstein once said, “Two things are infinite: the universe and human stupidity; and I’m not sure about the the universe.” Perhaps he too had spent the night at the Grand Hyatt.

My advice to those who have a bad hotel experience is to make a note of everything and speak with a front desk manager. If your concerns are not addressed to your satisfaction, follow up with a letter to the hotel manager or general manager. You can find out their names by calling the main number at the hotel. If the hotel is part of a large chain, this is even more important. Unless senior executives are aware of guests’ complaints and know specifically what is wrong, they cannot improve their service, customer satisfaction and overall reputation.

Since my little adventure, I’ve been in direct communication with Brian Kramer, the hotel’s Rooms Executive. After spending the better part of an hour running through my list of bumps in the road, Mr. Kramer promised me, “We can and we will make a difference.” I have a feeling that when I do eventually decide to give the Grand Hyatt a second chance, I will find a much smoother pavement afoot. 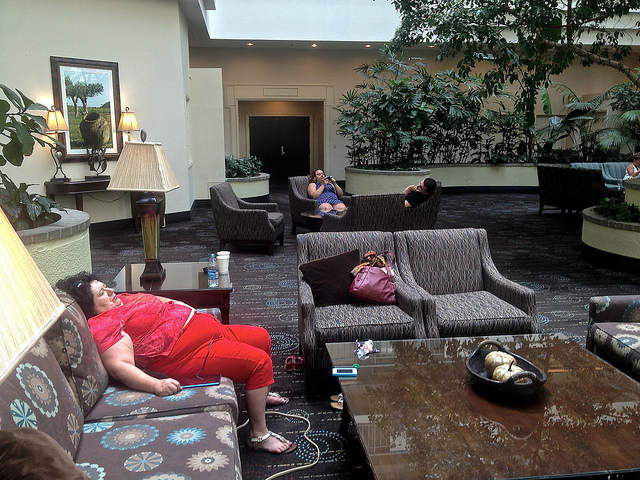 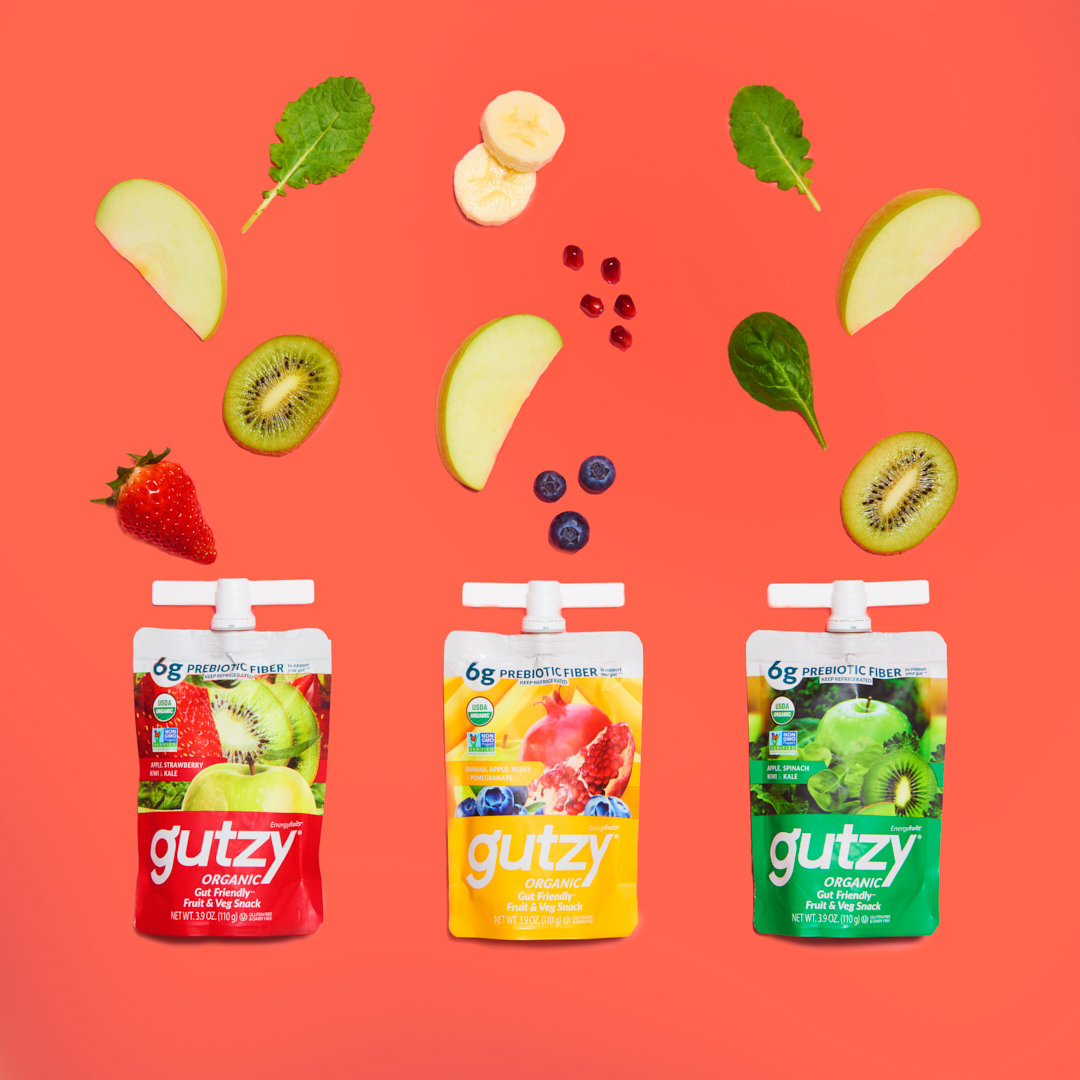 Time to BeGutzy®:”Getting the Good Stuff for Your Gut”