The Winning V Team – Off to Oz

The V Australia 4320:SYD (Sydney) Challenge is now officially underway!! The winning team will start their tweet-filled adventure on September 9th, 2009 for the ultimate non-stop three day experience down-under, from swimming with sharks to enjoying a beer at the Opera Bar at the Sydney Opera House and, of course, scaling the famous Sydney Harbour Bridge. It’s not all shrimps on the ‘barbie’ and ‘coldies’ however as between them the team will need to ‘tweet’ every single minute of the 4,320 minutes they are in Sydney.

You can check out the team’s daily hi-jinks on the Tweet wall here. http://www.4320syd.com/

In July V Australia sent three young Aussies to Los Angeles for 4,320 minutes to capture every minute of their experience on a giant ‘tweet-wall’ in real-time which was viewed by thousands of Australians. The fun which included tattoos, botox and spray-tans can be relived at www.4320LA.com .

The 4320:LA team successfully completed the challenge of 4,320 tweets in 72 hours and received their “Round the World” ticket with V Australia and Virgin Atlantic as their prize. Can the American team do it as well? 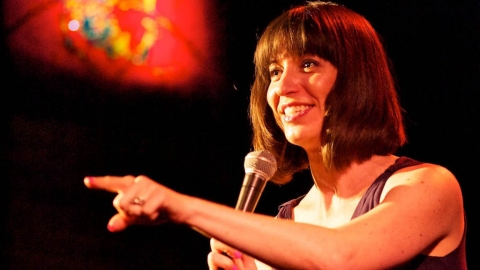 Screw Everyone: Sleeping My Way To Monogamy