Style: An Afternoon Visit to James and Dolley Madison’s Home–Montpelier

Since I was a child, I had always been fascinated by Dolley Madison for her strength, wisdom and the imperative role she played in our nation. As a woman, Mrs. Madison had no rights, but that didn’t stop her from defining the role of our “First Lady” and having a voice that would be heard and respected. So, this past weekend, I decided to make a visit to the home she resided in with her husband and the fourth president of the United States, James Madison.

It was a beautiful spring day when I adventured to Montpelier with my parents who were visiting for the week. Montpelier is just about two hours away from Washington D.C., making it the perfect day trip.

Upon arrival, I found myself mesmerized by the vastness and beauty of the estate that was the birthplace of the “father of our constitution.“ For years, it was a thriving plantation where three generations of Madisons and hundreds of slaves grew tobacco and other Southern crops. But, after the tour of the Madisons’ home, I felt a sense of sadness.

Montpelier is serene and takes you back to America as a young country. But, once you take a tour of the beautiful home that once hosted presidents and other dignitaries, you realize that the Madisons endured many hardships, including financial ones that led to the selling of Montpelier.

Getting to Know the Madisons

Our tour of the house began on the footsteps. We were greeted by our guide, Richard. Richard’s admiration for the late president and his family was evident. I learned that Madison was the oldest of 12 children (only seven survived). He was graduate of Princeton University and was an admirer of the classics. I also learned that the home that we have all come to know was actually divided into two duplexes–one for his young family (Dolley had a son from her previous marriage) and one for his parents.

The center of the home is the drawing room. This is where Madison greeted guests when they first arrived. The room was bright red and honestly reminded me of when I had visited the White House in November 2010. The homes portraits of the nation’s founding fathers and classic art, which Madison admired.

We continue through the house, visiting the library and the bedrooms, but it’s the dining room which ranked as my favorite. Not surprising. As an avid enthusiast of culinary history, I was enamored by the tradition and etiquette of the period.

The room was properly laid out as it would be if the Madisons were hosting guests. Frequent guests to the estate included Thomas Jefferson and Dolley’s sister Anna. I couldn’t leave the room without asking the question, “What would be on the evening’s menu?”

Virginia ham was definitely on the list. But, I also learned that the Madisons’ incorporated exotic foods on the menu like pineapple, which was not locally available and lobster. I could envision a dinner at their home, discussing the issues impacting the young country and how to address them or event the latest gossip. Turns out a frequent guest to dinners was the social columnist at the time. She also happened to be a very close friend of Dolley’s. Wouldn’t you have loved to be a guest?

My second favorite room of the tour was where Madison wrote the constitution. His desk overlooked the luscious green landscape and farmland. I could see how it could be a fitting place to write a piece that would serve as the foundation of our country.

Finally, our tour ended. And, this is where I felt the sense of sadness. When James Madison passed away, like many presidents of the time, he left much debt. Some of the debt was due to Dolley’s son’s gambling issues. The results–Dolley was forced to sell Montpelier and all its belongings to pay off the debts. She left Montpelier and all its glory for Washington D.C.–a place that she loved, only returning to be buried next to her husband years later.

In addition to the house tour, visitors enjoy a small exhibit of costumes used in a PBS documentary on Dolley Madison. Madison was a fashion icon of her time. Though, the dresses in the exhibits are only replicas of her wardrobe, her clothes not only defined her sense of style but demonstrated her position as first lady of this country then and now.

For more information on Montpelier, check out the website. 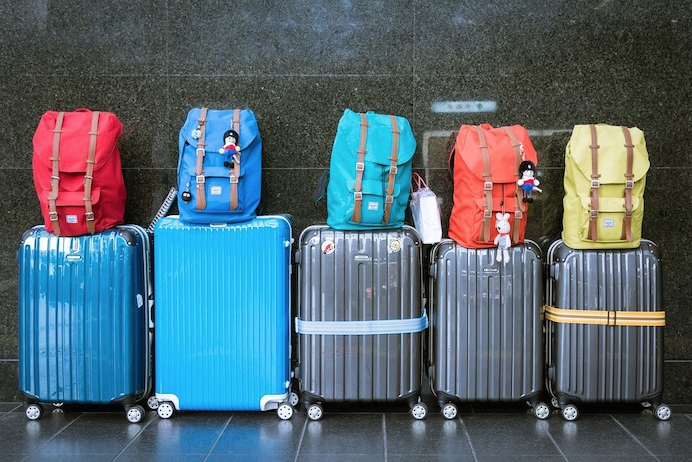 Tips for Traveling with Jewelry