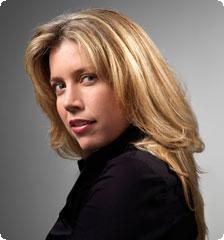 With the dollar continuing its slide in value against the euro, a trip to Italy not only has become less palatable, for many it is now out of reach. Fret not. La Dolce Vita can be sampled in our own backyard with a visit to North Beach, San Francisco’s own “Little Italy.”

North Beach is considered the heart and soul of San Francisco. It is one of the few neighborhoods in San Francisco to retain its original charm, thanks to strict zoning that locks out large chain stores and eateries in favor of mom and pop shops. And while English is the first language, it is just as common to hear Italian spoken.

Sitting between Chinatown and Fisherman’s Wharf, Telegraph and Russian Hills, North Beach bucks stereotypes of “The Foggy City” by often being bathed in sunshine. Restaurants and cafés line the streets, most offering outside seating when the weather permits. Shops offer up everything from Italian ceramics and Murano Glass to lingerie, clothing, jewelry and shoes.

So, save your euros for a future trip…and stay closer to home for the flavor of Italy, North Beach style.

Start your day early at Victoria Pastry, perched on a corner just off of Columbus Street. Established in 1914, this shrine to baked dolce is a destination for locals and visitors alike. The typical Italian breakfast is rich in carbohydrates—most often bread with jams or pastry—always with espresso or other version of coffee.

Most notable to start the day is Sfogliatella, a tender puff pastry filled with sweetened ricotta cheese. If you have access to refrigeration, you might also want to pick up their Zucotto for a late night treat. Zucotto is a signature frozen dessert for Victoria, made of sponge cake soaked in blended rums and cherry liquor, layered with whipped cream, chocolate custard, chopped amoretti and dusted with roasted hazelnuts.

By midday, many of their most popular items are sold out, so an early start is a must.

Ask for your Sfogliatella and espresso to go, and make your way north to Washington Square Park for breakfast alfresco.

In the early hours, the park is filled with many from the Chinese community who gather to begin their day with synchronized exercise. The Chinese population has a large presence in North Beach as Chinatown borders the southern edge. Groups form in different pockets to practice tai chi, dance, calisthenics and most visual, Iron Fan Martial Arts. This last group can be found many mornings at 7:30 a.m. in the far northwest corner, brandishing bright red fans.

The iron fan, called Shanzi in Chinese, is normally constructed of metal with up to 10 rods that collapse and open as guided by the user. One version has spiked rod tips, creating a more threatening—if not deadly—weapon. At the park, you will find paper fans in use. With a quick flick of the wrist, the fans are opened and closed, swished through the air in dance-like movements. The large span of the fans, the bright color and the synchronicity of the movements is a beautiful introduction to this ancient form of martial arts.

Continue heading north on the main arterial street, Columbus Avenue, to Chestnut Street. Head west and up Russian Hill until you reach the San Francisco Art Institute. Established in 1871, it is the oldest school of art west of the Mississippi and has been at its present location on Russian Hill since 1926. Many of the world’s leading artists have been associated with the Institute, whether as students or faculty.

In addition to its interior courtyard, with an ever changing collection of student work on view, a reason for scaling the steep hill to the campus is the more expansive open courtyard toward the back of the property and its obscure café. One of the best-kept secrets in San Francisco, the cafe offers fresh, affordable food with postcard worthy views: Alcatraz Island, Coit Tower, Tiburon and more. A beautiful place to refuel with a beverage, snap photos and write in a journal.

This newer addition to the North Beaching dining scene is a deli stocked with Italian favorites. If you don’t see what you’re looking for in the Italian persuasion, owner Frank Balistreri promises to do his best to fill special orders. Just ask. Balistreri is Sicilian, and spent nearly 26 years as an Alaskan fisherman before taking on the business of food purveyor. Despite his seafaring beginnings, his feet are firmly planted now as he seeks out the unusual for Palermo.

Order one of Palermo’s special sandwiches: The Parma Special served on a ciabatta roll, with aged natural proscuitto (aged 2 years versus the typical 12-18 months); fresh, local Ferrante mozzarella; tomato; lettuce; a drizzle of olive oil. Simple and clean in its presentation, it relies on excellent components to carry the sandwich.

The second, San Francisco Pride, is fresh crab salad; roasted sweet bell pepper; Monterey Jack cheese on grilled focaccia bread. Stake out your territory at one of the café tables outside and watch the colorful parade of locals and tourists pass by, or head to your next destination on Telegraph Hill.

Walk north on Stockton to Lombard and head east up the tree-lined street. Be certain to turn around and look across west toward Russian Hill to see from afar “the world’s crookedest” street. Continue up the hill to Coit Tower and Pioneer Park.

This is an ideal spot to eat your Palermo Deli lunch and take in the views of the Waterfront, Bay Bridge, Golden Gate Bridge, Financial District and Alcatraz Island. The 210 foot tall Art Deco tower, reminiscent of a fire hose nozzle, was made possible by a donation by Lillie Hitchcock Coit. She was a philanthropist and admirer of the fire fighters at the 1906 earthquake fire. Inside, the Diego Rivera inspired murals were painted in 1934 by 25 artists and are portrayals of daily life of working class Californians during the Depression. Stairs and an elevator (for a fee) are available to reach the top of the tower.

Retrace your steps down Lombard to the Filbert Steps heading WEST. Take the steps down the hill until they merge with Filbert St., which will intersect with upper Grant Avenue. This four block stretch is filled with an eclectic mix of contemporary fashion boutiques, cafes, bars and artisan storefronts.

Cards, stationary, paper goods and small gift items. Merchandise is selected with an eye for the unique. The kind of place you chuckle out loud as you peruse the messages in the cards.

Vintage clothing, modern and vintage furniture…and art gallery rolled into one space. The kind of place you go into not looking for anything but walk out with something. Something that you never knew you needed.

On Yone’s website, the shop refers to itself as a “beehive of beads” — an apt name given the store’s neatly organized and identified boxes lining the walls, reminiscent of honey combs. Still, it’s a dizzying array of beads in a compact little space. Strands of beads hang on rods and drape sculptures. 40 years in business, this spot is for professional and amateur beaders – and for the suddenly inspired who just want to sew a couple of beads on a tired purse or hat. Note limited hours: Thurs. – Sat., noon – 5 p.m.

Mario’s Bohemian Cigar Store, one of the oldest cafes in North Beach, was founded by Mario Crismani and his wife, Liliana, until the baton was passed to their son, Paul, and his wife Debbie. The “store” is known for its oven-baked focaccia sandwiches in particular but also serve a limited menu that includes pizza, pasta, vegetable dishes, salads and desserts. Take a seat at the bar or one of the outdoor tables for an aperitivo. Try the house made “Compari”—bitters and sweet vermouth, with a splash of soda water. The crowd is mixed and the people watching entertaining.

When vacationing Italians proclaim that “this is the best food they’ve had” since starting their trip, you know the restaurant knows Italian food. And such is the case at Piazza Pellegrini. Owner Dario spent the better part of his life in Rome and Milan, fine tuning his palate on the cuisine of the country—and as a result, we benefit.

Piazza Pellegrini, celebrating its second year in business, has hit the mark with its food and ambiance—a formula that is appealing to the area’s dual personality—serving the tourist and local alike. Dario sets the tone: wine is poured generously, dishes are balanced, colorful and packed with flavor and the wait staff is friendly. The open kitchen turns out specialties such as fresh crab ravioli, roasted meats, fresh pastas, seafood and salads and desserts made in-house. Beautiful pendant lamps cast flattering light on the dining room and authentic Italian ceramics decorate the walls. The heated outdoor area, decorated with potted flowers, looks out on Washington Square Park and Saints Peter and Paul Cathedral. Order a bottle of wine, sit back and enjoy.

This watering hole claims to be one of the oldest bars in San Francisco, and it looks it. During the day, I have often crossed the street to avoid walking by the entrance—it’s just a little too raw in daylight. But at night, The Saloon draws an eclectic crowd. Most come for the live music—Blues, Rock, more—and inexpensive drinks…some just for the inexpensive drinks. Doctors, Lawyers, students, underemployed, locals, tourists, performers, young, old…you get the picture. It is quintessential San Francisco and the perfect way to end a day in North Beach. Cash only.

As seen on ABC TV and numerous local and national magazines, Kate Horan established herself as a resource about Italian travel and fashion. Many years ago, she launched her artisan accessories business, Sorelle Bionde, with an eye toward Italy. She spent a large portion of the years between Italy and North Beach to ensure her clients had the most interesting and unique accessories available.

Kate was murdered in her beloved North Beach apartment by an intruder dressed as a PG&E worker. Kate will live on in our hearts – forever young and traveling.

Style: Beaches: wake me up when my daquiri arrives 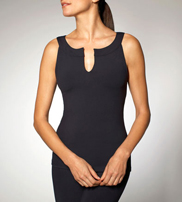