The Caribbean Island of Dominica has earned Benchmark designation as a Green Globe Destination for the third year in a row from the prestigious eco-tourism organization, Green Globe 21.  Dominica became the first country ever to receive this designation in October 2004.

Green Globe 21 requires all of its 442 total participating operations and communities to be independently assessed and certified annually by independent auditors to ensure their compliance with Green Globe 21’s standards.  The participating companies and communities must meet those standards in 9 key performance areas, such as energy consumption, solid waste production, social commitment, resource conservation, sustainability policy and more.  Dominica has achieved Best Practice results in 8 of the 9 performance areas.

Green Globe 21 is the global Benchmarking, Certification and improvement system assisting the international travel and tourism industry to attain sustainability.  Green Globe 21 provides a certification system that responds directly to the major environmental problems facing the planet, including the greenhouse effect, over-use of freshwater resources, destruction of biodiversity, production of solid and biological waste and social issues.

Developed by the World Travel & Tourism Council and established in 1994, Green Globe 21 is based on Agenda 21 and principles for sustainable development endorsed by 182 heads of state at the United Nations Rio de Janeiro Earth Summit and provides companies, communities and consumers with a path to sustainable tourism.  As of 2006, there are participants on all continents and in over 50 countries worldwide.  For more information about Green Globe, visit www.greenglobe21.com.

Known as “The Nature Island” and located between the French islands of Guadeloupe and Martinique in the Eastern Caribbean, the independent nation of Dominica (pronounced "Dom-in-eek-a") is the largest and most mountainous of the Windward Islands , encompassing an area of nearly 290 square miles.  Of volcanic origins with mountains reaching heights of nearly 5,000 feet, rainforests that are considered among the last true oceanic rainforests in the world, more than 365 rivers, waterfalls, boiling lakes and pristine coral reefs, Dominica’s natural diversity is truly unique. Dominica is also home to the last remaining settlement of the Indigenous Peoples of the Caribbean – The Carib Indians. A place where man and nature live in harmony, adventurers and nature lovers alike will revel in the Island ’s eco-tourism options which include scuba diving, snorkeling, mountain biking, kayaking, horseback riding, nature tours, hiking/trekking, whale, dolphin and bird watching, sailing and fishing.

Dominica continues to be recognized for its attributes and sustainable tourism efforts, including being the first country in the world to receive Benchmarking designation from the prestigious eco-tourism organization Green Globe 21 and ranking as the only Caribbean destination in the top five happiest countries on earth in the Happy Planet Index (compiled by Britain ’s New Economics Foundation).

Come with Me to Chile! 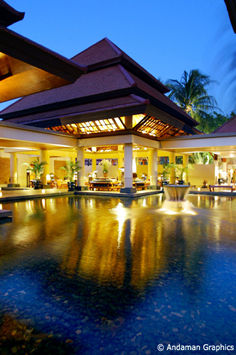