Inspiration: Greece: Dancing in the Ghettos 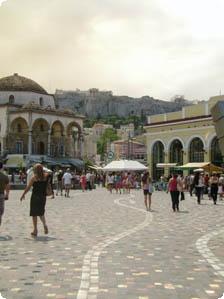 Acropolis looming over the town square

Acropolis looming over the town square

Home in the backstreets of Athens

Sunlight Harbour of the Greek Island

Horse & Carriage or scooter to take you

Miles Away from the poverty of Athens

Our stage set in a park amphitheatre

If anyone had told me that I would voluntarily spend 3 weeks sleeping on floors, dancing in street squares and feeding refugees in the ghettos of Greece, I would have kindly asked them to leave the room and evaluate their sanity. But as God and irony orchestrated it, Athens was precisely where I found myself.

Perhaps it was the lure of living and training for the performing arts in Hawaii that drew me to sign up with this Global Christian Volunteer Organization. Or maybe it was the idea of jet setting to countries such as Israel and Greece, that captured my interest. But I imagine that the real reason I decided to give six months of my life and all the money I possessed was because of my love of people and my intrigue as to what makes us beautifully unique yet binds us all together. That and using the medium of dance to remind people just how valuable we are.

When Greece is mentioned, thoughts of Mediterranean islands, goddesses and the Acropolis come to mind. My Athens, however, came in the form of a crowded room in the back streets of the city. Missing the group trip to see the Parthenon, I ended up dancing for drug addicts. I was transported from the airport through Athens only to find I was venturing further away from the bright side of the city, lined with palm trees and boutiques, towards the part of town where refugees reside. Due to visa issues, I had arrived late from Israel only to find my fellow volunteers had gone perusing ancient Greece without me. After passing an Indian restaurant, a few Nigerians outside a dilapidated building and Eastern Europeans beside an internet café, I arrived at the center that would be my home. The local in charge pointed out the brothel across the road and the Chinese market next door. Awesome! Did I mention I was in Greece?

Dragging my luggage up three flights of stairs and collapsing on the mattress over a concrete floor, I had to remind myself that I was on outreach, not vacation. Thoughts of snug backpackers, guesthouses overlooking the sea and hot baths had to be dispelled from my memory.

For a change, it was not all about me. I was here to serve others who had so much less than me. When I was not on kitchen duty and rinsing rice for yet another Korean meal, it was time to clean the shower which happened to be a tap low down on the wall in a toilet stall with a gray cement floor. This was the same shower we would shotgun time for amongst twenty other females.

During the day I found myself teaching Basic English to a shy Afghan who couldn’t remember his date of birth and had last seen his country at the age of 16. His determination to learn in spite of all his difficulties made me embarrassed about all I took for granted. Refugees from Iran, Eastern Europe and North Africa would visit the center during the evenings. They watched our productions of dance, singing and acting with its message of hope and ate meals with us. Some wept, others smiled and many were just utterly grateful.

There were evenings when Athens would suddenly come alive. As the sun went down, our volunteers hauled a dance floor, sound equipment and lights to empty amphitheaters and town squares to entertain whoever was there. For the most part it was the homeless guy who crawled from beneath his blanket, heroin addicts who had just shot up or others forced to call Athens home. Our drums beat in hypnotic synergy, the flags breathed up in the air above the cobble stones and the crowd’s eyes would light up. Cheering would ensue.

Once the lights and action died down, in sets of two we would go out to meet individuals, take interest in their lives and encourage them. I hoped that meeting with addicts, speaking against the worthlessness they have heard for so long and reminding them of their great worth would go some way to help their resolve towards making different decisions. In many ways I was no different. Only my choices had led me down a different path. They are just as entitled to love as I am.

I yearned to see more of the city aside from a glimpse of the Acropolis from the touristy square, the corner espresso bar and much colorful graffiti amongst the retro clothing stores. On our single day off, the group was rewarded with a ferry ride to the Greek Island of Aegina. Worlds away from poverty, the bustle of Athens and McDonald’s, the boat docked amongst yachts, fishing boats and trawlers. The island was a stark contrast from my raw experience of Greece so far. Its laid-back beauty supported the tale that its name came from Aesopos (a river god) whose most beautiful daughter eloped with Zeus to the island.
<0>Amidst the olive and pine trees, I was thrilled by the absence of crowds of tourists. White-washed houses and sidewalk seafood restaurants decorated the little harbor. A scoop of ice-cream, a dip in the cool ocean and the sun on my face took me to a contented place. I strolled past a church beside the sea, dozens of fruit sellers and Greeks whizzing past on scooters. With hardly any money, I steered away from the stores, lingered on the hot beach and tried to capture the simple life of the island with my Sony camera.

Upon our return to Athens it dawned on me that luxury travel is great, even the comforts of backpacking enjoyable, but there is no other adventure like volunteering. You find joy in laying your head to rest at night, with any small meal you eat and every item of clothing that covers you. You can take the focus off yourself for moments in time and give to others. The most rewarding experiences are when you give a gift expecting nothing in return.

For more information on volunteering, outreach and using the arts to connect cultures, please visit site of the University of the Nations in Hawaii

For the best way to get to the Greek island of Aegina and more info visit: Best way

A restless traveler born in the beautiful city of Cape Town, Lauren is passionate about people, dancing and writing. Her love affair with travel began in Buenas Aires and has continued with visits to every continent except Antarctica. When she isn’t representing South Africa in the World Hip Hop Dance Championships in Germany, she is learning to surf in Rio de Janeiro, skinny-dipping in Thailand and volunteering in the Middle East. She loves exploration, but there is no place on earth with Cape Town’s warm eclectic mix of individuals, incredible ocean and Table Mountain. 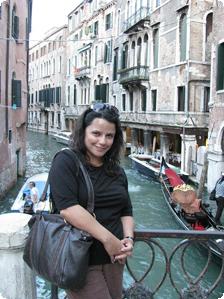 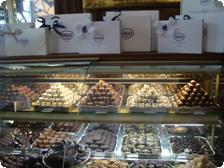 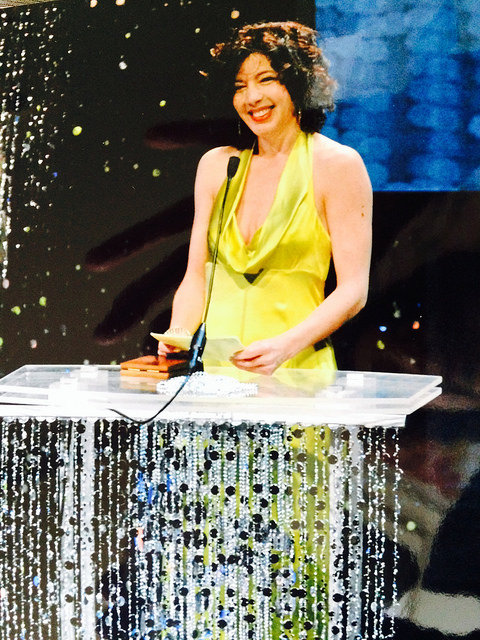