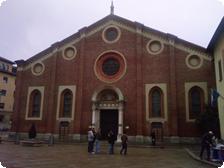 The author and her little italiano!

I’m ashamed to say I didn’t know a whole lot about Milan, Italy before I went there with my husband and toddler in November 2009. Hubby was working at a motorcycle trade show; my son and I were fortunate enough to be able to come along for the ride, but pretty much left to our own devices for the 10 days we were there.

While exploring things to do in Milan, I discovered that the city is home to Da Vinci’s “The Last Supper.” Sounded interesting, although when I dug a little deeper, I found out that viewings of the painting require reservations made from several weeks to several months in advance. So much for that idea. However, the concierge at our hotel suggested that sometimes you can get lucky by just showing up and claiming an unused reservation if there are cancellations or no-shows. The question was, did I feel lucky? I decided that I did.

The toddler and I weren’t able to board the outdated-model trams that would have taken us to the nearest stop, so instead we boarded the one we’d been riding to the Duomo all week, got as close as we could and walked the rest. As it turned out, this was a happy accident. The section of town we strolled through to get to the Santa Maria Della Grazie church was the most beautiful area I’d seen all week.

We got to the church at 11:45 a.m. and entered the ticket office. I crossed my fingers and hoped for the best. I told the man behind the desk that we didn’t have a reservation, but wondered if there might be any cancellations for any time over the weekend. I don’t know if he was being honest, or if he merely cut me a break because I was pushing a stroller all around downtown Milan, but he hooked me up with a ticket for a viewing at 12:15. SCORE! And it was just enough time to feed the toddler some lunch, another bonus.

Small groups of around 25-30 people are allowed to view the painting in 15-minute increments throughout the day; the last viewing takes place at 6:45 p.m. The powers-that-be keep things moving on a strict schedule; at five minutes prior to your allotted time, they call you in. Visitors are herded through two vestibules on the way in with doors that keep each crowd self-contained in one small space at a time. Finally, you enter THE room.

The painting is huge – 15 feet by 30 feet, I believe – and takes up an entire wall of what was once a church dining hall. Now there are only a couple benches and another huge painting of the crucifixion opposite “The Last Supper.” All the focus is on the art.

The painting is honestly breathtaking. A docent gave a little narrative about it in several different languages, all of which I missed as I was keeping an eye on the toddler, overjoyed at being allowed to run free for a few minutes within the contained room. On the way into the church, I was furious to realize that my camera battery had gone flat, but as it turned out, it didn’t matter. They are deadly serious about not allowing any photos inside. A Japanese man kept trying to sneak one, and they busted him every time. On his last attempt, a big booming voice came over an unseen P.A. system announcing “NO PHOTO!!!” I almost jumped out of my skin; it was like an edict from God. I kept looking around for armed guards to storm in and take the poor man away.

After 15 minutes, you’re ushered out again and that’s that. It really isn’t enough time to take it all in and appreciate the level of detail that Da Vinci put into this commissioned work. No wonder it took him something like three years to complete. The painting has gone through several restorations over the years, the most recent taking place within the past few decades. I just can’t begin to describe how impressive it is. If you’re ever in Milan, this is definitely something you should try to do.

During our Milanese adventure, my husband, the toddler and I stayed at the Mirage Hotel on Viale Certosa. The staff was wonderfully accommodating, especially with our son (several of the female staff were totally smitten with him, especially after we taught him to blow them “bacinos” – Italian meaning “little kisses” – on command). The desk staff speaks great English and is full of helpful information. I asked at various times about the Last Supper tickets, tram information, directions to a laundromat and taxi services, and they couldn’t have been more helpful.

Our room was on the pointed corner of the hotel and a bit small with a pack-and-play crammed in, but everything was very clean and we were well taken care of by housekeeping. There’s some traffic noise due to the location being right on the street, but not enough to keep you awake at night, especially with all the walking you’ll be doing around town. And the bed was uber-comfortable.

There’s a nice lobby area with inviting seating, Internet access, a small gym and a cozy little bar. The daily continental breakfast at this hotel was fantastic — a huge spread with made-to-order coffees and to-die-for chocolate croissants. This place makes the most beautiful cappuccinos I’ve ever seen. Seriously, they are almost too gorgeous to drink. Insider’s tip: ask for a freshly squeezed orange juice from the kitchen instead of settling for the juice out of the machine.

There’s not a great deal to do in the immediate area, which is a little on the scrappy side, but it’s easy to jump on the tram right outside the front door and get downtown to the Duomo area within a matter of 20 minutes. In short, it’s a nice place to stay, and off the beaten path, away from the higher-price touristy areas. There are also a handful of great local restaurants in the vicinity where you can eat extremely well for a reasonable price. Walk up the block to Il Pavone and order a wood-fired pizza and the fusilli della casa – fusilli pasta with a rich sauce of tomato, cream and pesto. And whatever you do, don’t miss the chance to enjoy a 1/4 liter of the house wine for a ridiculously affordable 2 euros.

A freelance writer and independent caterer, Amy Lynch currently lives in Indianapolis with her husband and toddler. Her favorite travel destinations include Ireland to see the in-laws, Paris, Amsterdam and California wine country. 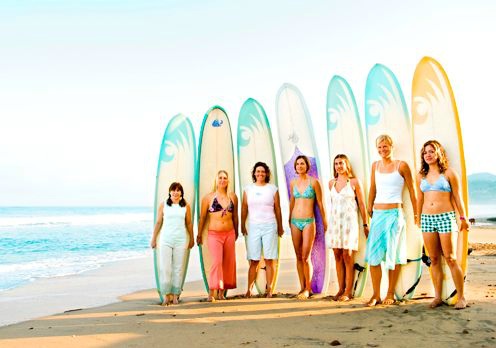 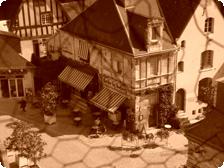 Inspiration: Why I Vacationed with my Parents