Dvir with the Rabbi of Ohel Moishe.

This Used to be Little Vienna.

My grandmother was born in Shanghai, China, around the turn of the twentieth century. and she died before I ever got to meet her, choking on a fishbone in the middle of a dinner party in Oahu.

Everyone’s jaws drop when I mention the countries that have hosted my fair-skinned, almond-eyed family: Mexico? China??

They stare at my porcelain skin and try to put it all together. But we Jews are a diaspora people, and my relatives on both sides fled czarist Russia hoping to get as close to the United States as they could. The lips of the U.S. borders opened and closed like a clamshell, and that’s how so many of my relatives ended up being born in Mexico City and Shanghai. My Dad’s a busy man, and smart, and he hasn’t had much time to piece our story together. And maybe story-telling is my department anyway.

Now there’s a feeling lodged in my throat, a disconnect to choke on as I try to consume my own family’s history that shrinks everyday as the generations age.

My Dad’s mother, Becky, who would pass away only days before his youngest sister’s wedding, was born in Shanghai, the child of the first wave of refugees to Shanghai at the turn of the century. Thirty years later, more Jews would come from Europe fleeing the Nazis.

But at the turn of the century, when my great-grandparents came, Shanghai was a cross between James Bond’s Monte Carlo and San Francisco’s Barbary Coast: a colonially partitioned city belonging to everyone and no one, fluid borders requiring no papers, and wealthy Jewish families from Baghdad charting high society. This is what my grandmother was born into, and this is what I was hoping to glimpse in Shanghai, apart from the awesome, superfast MagLev train.

I knew that I could never trace my own family roots by myself through Shanghai’s deafening urban heart, so a little Internet searching yielded a juicy result. A man named Dvir Bar-Gal. I booked myself, if you can believe that this really exists, on a Jewish Tour of Shanghai. The tour, as luck would have it, began in the lobby of my hotel, the Peace Hotel, which sits grandly on the Bund and Nanjing Road.

There were a few others on the tour, from England and Australia, also seeking Hebraic signs of history amid the spectacular chaos of kanji. Dvir himself, when not leading tours of Jewish Shanghai, is also trying to piece together history, literally. His Shanghai Jewish Memorial project keeps a keen eye on international antique dealers, hoping to unearth the Jewish tombstones (or fragments thereof) lost during the Culture Revolution when all four of Shanghai’s Jewish cemeteries were demolished, the graves and headstones lost.

Dvir painstakingly catalogues the tombstones he’s found, both for a future memorial as well as for closure for the families missing branches on their family trees. His project seeks to locate, restore, document and build a befitting memorial for those Jewish people who lived and died in Shanghai. It is obviously a labor of love for Dvir, who is now on the lookout for my family, too. While my grandmother eventually made it to San Francisco to be with her brother, as far as I know her parents stayed in Shanghai.

Dvir, an impressive man with raw presence, a deep voice, and an authoritatively bald head, has a lot of energy this warm Shanghai morning. Our first stop is up to the top of the hotel I’ve been staying in for several days. I had no idea that it was an important part of my quest. Built by the wealthy Sassoon family, an intreped Iraqi Jewish family who ruled high society, its distinctive façade used to tower over Shanghai’s skyline. No more with the 87-story Grand Hyatt in Pudong, across the Huang Pu River from us.

Most of the wild stories from my grandmother’s era center on the sumptuous and illicit lives of Iraqi Jews in Shanghai. Between the opium trading Sassoons who cornered that market to the infamous Silas Aaron Hardoon, who joined the Sassoon company and died worth hundreds of millions of dollars, the Iraqi Jews remade Shanghai in their luxurious image.

This was a story book time, before World War II and before the Ghetto into which Japanese occupiers eventually herded the Jews of Shanghai. In her childhood, my grandmother could have wander freely through the international streets filled with rogues from around the world drawn to the city’s porous borders. From the French Concession area to the British and American International Settlement areas, as well as Dutch and Russian claimed areas, Shanghai was a melting pot of debauchery, parties, and opportunities for all, a place to remake oneself, much like San Francisco in her Barbary Coast days. Shanghai, too, was a goldmine of lax laws and no-questions-asked policies, where second chances came easily. I like to think of my grandmother in the midst of this questionable golden era, perhaps charming the Sassoon sons, sipping cocktails on the roof of the Peace Hotel, watching the Huang Pu tumble by.

Eventually my grandmother moved to San Francisco, where I live now, and met my grandfather when she was working as a countergirl at the famed City of Paris department store, today’s Neiman Marcus. The elegant rotunda still exists, and everytime I pass through it, I picture, again, my glamorous grandmother whom I never met, flirting with my grandfather. My only links to her are these fantasies and treasure hunts, tracing her footsteps through Shanghai and San Francisco with their whispers of bygone days. I feel like her grand-daughter in so many ways, not the least of which is my own affinity for questionable global hot spots!

Dvir spends the day with us focused tourists, whisking us along the Bund, the famous riverside street flecked with grand colonial buildings. From this area mapped on every tourist guide, Dvir takes us to an area in no one’s guidebooks, Hongkou, the famous old Ghetto where the Japanese hemmed in the Jews. Now this is a local backroads where old Chinese men come to buy robust grasshoppers trained to fight, and daily Chinese life consumes what was once Little Vienna, where many of the Eastern European Jewish intellectuals settled and opened up European coffee houses, bakeries, and other shops. These were my grandmother’s streets, and now they’ve reverted back to the Chinese, where in alleyway after alleyway, Chinese women sit balling yarn that hangs from clotheslines overhead, washing their hair outside in bowls, and wringing out their mops made of old fabric swatches. Where families walk to and from the bathroom that they all share, and men play cards in the Roadside Park next to a small monument dedicated to “the designated area for stateless refugees.”

It reads: “From 1937 to 1941, thousands of Jews came to Shanghai fleeing from Nazi persecution. Japanese occupation authorities regarded them as ‘stateless refugees’ and set up this designated area to restrict their residence and business. The designated area was bordered on the west by Gongping Road, on the east by Tongbei Road and on the south by Huiming Road, and on the North by Zhoujiazui Road. Hongkou District People’s Government.”

This story pleased many in my tour group, but answered few questions of my own. So, too, the lovely Ohel Moishe Synagogue, which was also a center for Jewish refugees who had fled Nazi occupation. The sun begins to set, and my group chats excitedly about the world that Dvir has shown us. But I still don’t feel that I’ve found any of the roots of my own family tree.

I ask Dvir if he knows where my grandmother might have gone to services. In fact, our last stop of the day predates the second wave of Jewish refugees. Built by wealthy Iraqi Jews, the Ohel Rachel Synagogue greets me as we approach the guarded gate. Dvir doesn’t know this guard, and he is unable to convince the man to let us in. And so, on the outside looking in, I try to burn Ohel Rachel into my memory. She has been closed for years and is overgrown with noble ivy. The authorities opened the doors only once in recent memory, for Hilary Clinton, but otherwise, Rachel remains closed and quiet, secreting her stories away, one of few pre-World War II synagogues left intact. Recently declared a historic landmark by the city of Shanghai, she still sits in disrepair, awaiting the return to her former glory, perhaps recognizing my grandmother in me. 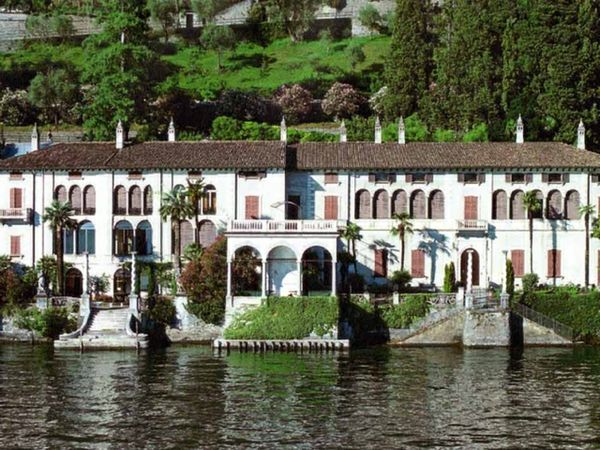