Here are more details about my home away from home, the Diplomat Hotel in Stockholm:

Smart, witty and sophisticated Hotel Diplomat is located at the hub of Stockholm’s shopping and cultural district and offers modern care in an international atmosphere.

Family owned Hotel Diplomat has 129 individually decorated rooms in one of Stockholm’s classic Art Deco buildings. Family Malmström’s personal care and touch has transformed the building into a flag ship hotel offering the spoiled guest, used to the highest standards, everything he would wish for.

“Today’s hotel guest expects more than just a bed to sleep in. Staying in a hotel should be both inspirational and encourage wellbeing”, says Anna Cappelen, forth generation of the Malmström family. “To meet these requirements we have hired one of Sweden’s top Architects,” continues Anna Cappelen, Partner and Vice President of Hotel Diplomat.

Internationally renewed architect Per Öberg lies behind the recently completed renovation. A design that brilliantly combines the classical features of the Art Deco building, with influences of today’s modern life-style. “After the renovation Hotel Diplomat is definitely Four-star PLUS, says Per Öberg. Currently Per Öberg is involved in the complete renovation of the Sloane Square Hotel in central London. Other merits include Hotel Adlon in Berlin, Park Hotel Quellenhof, Aachen in Germany, exclusive Sturebadet Spa in Stockholm and restaurant Aqua in Saltsjöbaden.

Framing sweeping views of Stockholm and Nybroviken Hotel Diplomat’s 129 rooms still feature the original ceiling stucco. The large Art Deco windows allow daylight to light up therooms and the Per Öberg designed furniture encourage well-being. Most rooms have beds from Dux and textiles inspired by the 50ies from Ljungbergs. Hi tech is apparent and each room is equipped with flat screens and internet connection. The bathrooms have all luxury amenities including marble flooring and body products from FACE STOCKHOLM. Frequent guests find the bathrobe with their name embroidered and business traveling women receive special Ladies kit with exclusive spa products. T/BAR is the widely popular meeting place for the young as well as the older Stockholm crowd. The modern interior with marble flooring and large panorama windows facing fashionable Strandvägen makes T/BAR the place to be, and be seen. The restaurant is open all day. Guests get to dine on a large breakfast buffet. Lunching guests enjoy well-balanced healthy meals as well as the hotel’s classic Club Sandwich and Caesar’s salad. In the afternoon Diplomat Hotel’s own blend, among a large tea selection is served for Afternoon tea. Late afternoon the business crowd meets for after-work and champagne flutes swing high. A la Carte dining in the evenings offers gourmet adventures and can be rounded off with a latte or a carpirinia. Summer time T/BAR opens its outdoor restaurant serving seasonal dishes. This summer the new Riviera Lounge on Strandvägen brings you the atmosphere ofLa Côte d*Azur.

The Mezzanine floor hosts the Cocktail Bar and the Lounge. The Cocktail Bar is a real hideaway for those in the know. Bar Man Clas Ryrstam who has been mixing drinks to the hotel’s guest for over 30 years serves a large selection of cocktails. Frequent guests appreciate the somewhat calmer and less noisy atmosphere the Cocktail bar offers.

Quality of life is vital to Hotel Diplomat. Twice a week there is yoga in the Lounge. Guest can also borrow a bike, or an Ipod to bring along on the excursion or for company in the nearby jogging tracks. Even the minibar is filled with wellbeing, offering smoothies, Aloha Vera shots, health bars and oven baked crisps. SPA treatments at neighbour Strandvägsklinken is easily booked through hotel reception.

For almost 90 years the Malmström name has been connected to the building on Strandvägen 7c. In 1918, the family bought the beautiful Art Deco building constructed in 1907.Originally each of the six floors consisted of two large apartments. During the 30ies depression forced many tenants to move, and several foreign Embassies were attracted to the Art Deco building on Strandvägen. The Rumanian, Iranian and Canadian were tenants during many years. The apartments not hosting Embassies were reconstructed and turned into hotel rooms. During the 40ies, 50ies and 60ies well known Strandvägspensionatet was run on the first floor. 1966 present owner Sune Malmström got the idea to turn the whole building into a modern and unique first class hotel. Sune Malmström also renamed the hotel to Hotel Diplomat. 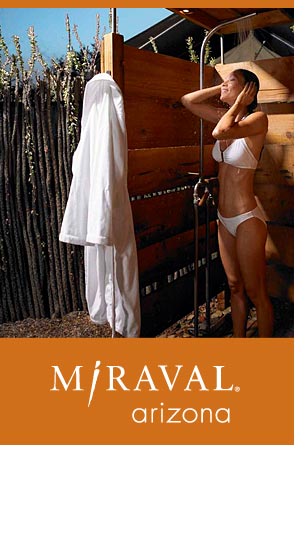 Unwind from the daily grind at Miraval Arizona Resort & Spa