I generally am not one of those “early to bed, early to rise” pilgrims. I’m usually one of the last pilgrims to stumble out of the albergue at about 7:30, bleary eyed and mumling something about a cafe con leche. This morning however, I couldn’t get out of the albergue fast enough. I literally got dressed outside.

Whilst attending to my infected blisters and applying my doctor prescribed anti-biotic cream, Michele came outside to yell at me for how I was handling them. Use a doctor-prescribed cream and bandages? “Psht! The nerve! All I needed to do was cover them in toilet paper. ” What?! I generally am a very, very patient and kind person but I literally shut down and could not even muster a fake smile. I curtly told her thank you, but I was going to follow my doctor’s orders. Then ran away quickly.

I was super excited for today’s walk as I would pass by the Arroyo de San Bol. According to pilgrim lore, pilgrims who wash their feet here are said to be cured of all ailments henceforth. My dogs need all the healing they can get.

I arrived at the Arroyo to discover my South African friends Pietand Otto had beat me to it and were already napping alongside it. Wish they had been awake to warn me just how cold it was. Brr! Though freezing, the water was definitely refreshing on my aching feet and I enjoyed it immensely.

After immersing my feet in the stream for quite some time, I lingered alongside it eating an apple and mentally preparing myself for the remaining 5km to Hontanas. Little did I know I was about to get front row seats to a free show.

The albergue attached to the Arroyo can be described, at best,  as rustic (erm.. check out their composting toilet outside) and the organic hospitalero matched it in his ruggedness. While I was blankly enjoying my apple along the arroyo, he ventured out and unceromoniously dropped trou’ right in front of me and dived into the freezing water for a swim. My American eyes were not prepared. When he finally emerged from the freezing water I was surprised to discover that…. erm… well if the water is said to have healing powers, then he must be very, very healthy.

Given the reception receieved at Arroyo de San Bol, you may think I would have decided to stay, but alas, I decided to press on to Hontanas.

Once settled into Hontanas, I decided that town must have the most amount of flies per square inch than any other town in Spain. Swarms of them, everrrrrywhere! Flies aside, I really had a pleasant time in Hontanas. Piet and Otto — my buds from South Africa — had introduced us to a highly addicting card game and we ended up playing for hours.

I’m generally not too hungry at night since in Spain the main meal is lunch and bedtime for a pilgrim is around 9pm — no full stomach before sleep for me! — but was feeling absolutely peckish tonight. I decided to grab dinner at one of the bars offering a discounted pilgrims’ menu of the day and am so glad I did. We  randomly were assigned to share a table with quite possibly some of the most easy going, good-natured people I have ever met.  There was Alex, the TV producer from England and another American girl from Minnesota whose name sadly escapes me who had quit her job as a high school Spanish teacher to actually visit Spain. Given the way the conversation flowed and the topics discussed, an eavesdropper could assume we were all friends on the Camino together.

After dinner we were having so much fun, we decided to grab a couple more beers with Alex. And promptly turned into Peregrinas Borrachas! We literally made it back to our albergue a mere minute before lock-out. Gutted that in my intoxicated state I didn’t think to grab Alex’s email address! He was an amigo for sure.

Where to go when you have no dough? 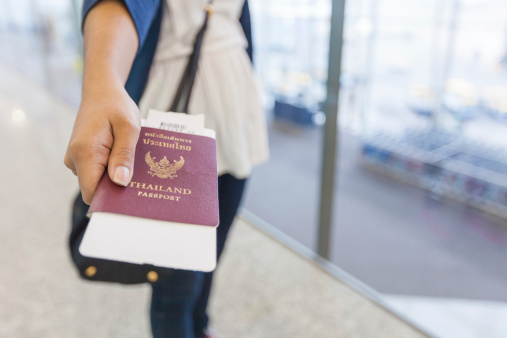 When was the last time you checked your Passport?