When I was around 12 years old, I watched a Phil Donahue show where a young neo-Nazi, not even through puberty, came on and spouted hatred about Jews, blacks, Mexicans, and most every person who was not fair skinned. I was absolutely stunned that a young boy, who never set foot outside of his ass-backward town, could have so much hate for people he never met. It was after that powerful show that I knew my purpose on this planet. I was here to show others how we are all the same – humans who all want to live good, prosperous lives. My role was to connect people from different countries and share all the glorious differences between cultures. I wanted to equip people, especially women, with knowledge, so they are not fearful of others with skin or skills different from them.

After the show I wanted to take that kid to Germany and show him what hatred can do to a society. I wanted him to walk alone on a Nazi concentration camp and feel the heaviness of hatred. I hoped that if he saw the truth about Hitler and the Nazis he would stop with his antics.

Well, I did go to a concentration camp, not with the boy – who would be a man around 40 now, but with New Berlin Tours. The tour is long – it is four hours walking around the camp and 1 hour each way from Berlin. I knew that is was going to be a hard day, but I had now idea how tough it was really going to be.

The camp that I visited was Sachsenhausen. It was the first fully designed camp. The other camps where old buildings and farms that Hitler converted into holding pens. But he felt that these ram-shackled buildings did not serve his goal of “more prisoners with less soldiers”. So, Sachsenhausen became the standard for all the other camps – including the infamous Auschwitz.

Walking up to the gate, which is called Gate A, was frightening. The group was silent and the only sound was the crunching of earth beneath our feet. The sky was metallic grey and the wind whipped at our exposed faces. I thought of all the souls that also walked this path, but never walked back. It is estimated that 250,000 people went through the gate between 1938 and 1945 – the number that died is still unknown. On Gate A’s old clock face is the time of liberation. At 11:07 am on April 22, 1945 the allies freed the 3,600 infirmed men that where left to die by the Nazis. The other 36,000 prisoners were marched out, then abandoned by the Nazis when word got out that Russian forces were approching from the East.

I am pretty sensitive to energy. I can walk into a room and know what is going on just by lingering odors and the weight of the air. So, when I walked through Gate A, it was like the air condensed around me. Breathing was harder and even walking become tougher. It was not just me that felt it, a few people commented on how things got really heavy all of a sudden.

The tour was intense and I was able to keep pretty objective about it all, until we got to Station Z. The Nazis had a sick sense of humor, so the joke was “a camp with everything from A to Z.” Station Z was where the majority of the killings took place. It was also where the ovens for cremating the bodies were. I walked in and I got sick, and I started to cry. Not just a sniffle here and there, I was heaving. I don’t remember the last time I cried like this. It was like my body was overwhelmed with the grief and there was nothing I could do. I had to leave. “What madness, what useless loss, what sorrow.” I could see all the families that were tore apart and all the optimistic dreams that were lost. The thought of my husband, father, or brother being sent here was too much for me to handle.

I am ever more convinced that what I am doing is the right thing. I want to encourage women to explore the world and to understand our past as a global community. Together we can create a network of strong, caring women who promote peace and who stand up and put an end to the madness. Remember, even Hitler had a mother and a wife. Perhaps if Hitler had a mother that loved him and taught him that all nations and people are good, the course of history would be different. I might be idealistic, but I am willing to give peace a chance.

Turning playgrounds into a lifetime of vacations! Wow! 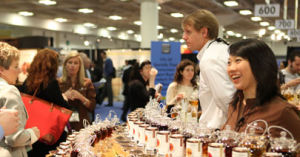