As we drove from San Diego across the dramatically curving Coronado Bridge, I caught a glimpse of the bright red, cone turrets of beautiful Hotel Del Coronado (The Del).

When we got closer, I was struck by the immense size of the building and surrounding property. The white, Victorian structure with its castle-like towers sits on 28 acres along the water’s edge of posh Coronado Island.

Before our visit, I knew only that the hotel was very old (it first opened in 1888!), and that it was featured in the Marilyn Monroe comedy film, “Some Like It Hot.”

Browsing through the historic exhibit on the lower level, I found out that The Del first opened in 1888, one of the resorts that sprang up after the completion of the transcontinental railroad.

To wealthy Easterners, The Del presented an opportunity for what we now call “soft adventure”—a hunting and fishing resort in the remote West that also offered more refined activities such as billiards, bowling, croquet, swimming, boating and golf, plus modern comforts such as electricity, telephones (not in the guest rooms) and elevators.

In the early 1900s, the hotel responded to the emergence of a burgeoning middle class clientele by offering affordable tent and bungalow accommodations on the hotel’s expansive grounds.

The hotel went through some difficult times during and after World War II but began its revival in the sixties and seventies, spurred by Americans’ growing interest in preserving their history. During that period, the hotel was restored and in1998, it established its own Heritage Department.

While preserving its historic landmark features, the hotel continues to enhance its offerings to pamper the needs of contemporary clientele. One offering sure to appeal to our Divas is the new Spa (just opened in January), which includes 21 treatment rooms, hydrotherapy, relaxation areas for men and women, and steam rooms.

Unfortunately, I didn’t get a chance to indulge myself on this visit. But maybe I’ll come back for a massage in April. That’s when the Spa will be opening a private terrace overlooking the gardens and the ocean. In April, they will also be opening a new Fitness Center.

If you want to combine the experience of staying at a luxurious historic landmark with a sparkling new accommodation, you might consider staying in one of the ocean-view cottages or villas that they are currently building in a private enclave.

Although I love the ocean, I’m not the type of person who is naturally attracted to a ship museum. I have no particular interest in shipbuilding, rigging, engines, and whatever else I imagined that I might find at a Maritime Museum. But my husband is both a sailing enthusiast and an engineer. So after being softened up by a leisurely morning latte and delicious chocolate croissant at the The Del, I agreed to visit the San Diego Maritime Museum to please him.

We navigated to the location using the GPS system in our new, light green Toyota Camry hybrid. “You have arrived at your destination,” said the pleasant but authoritative, disembodied voice of the GPS. Michael dutifully parked the car, though neither one of us could see any building that looked remotely like a museum.

We soon realized that we were indeed in the right location. The San Diego Maritime Museum is comprised of several historic ships and one submarine, all moored and slightly bobbing at the water’s edge along the San Diego waterfront, in the same parking lot as Anthony’s Fish Grotto restaurant.

We started our visit with the historic Star of India, which was built in 1863 at Ramsey Shipyard in the Isle of Man. Even I couldn’t help but admire the handsome wooden fittings, towering masts and beautiful billowing white sails. But what really captured my interest and elicited my sympathy were the small passenger compartments, fitted out as they might have been in the days that the ship carried emigrants from London to New Zealand.

I was beginning to feel slightly seasick from the gentle movements of the boat in its mooring and imagined how rough it must have been to sail on this ship out on the open sea for seemingly endless weeks and months. The ship made 21 round trip voyages from London to New Zealand and back, a trip that sometimes lasted up to a year.

Although it wasn’t luxurious, the ship was built of iron and very sturdy. It successfully battled through many storms, “labouring and rolling in a most distressing manner,” according to the ship’s log.

When the more comfortable steam-run ocean liners became available, people no longer wanted to sail aboard the Star of India and she served out her final years of service as a fishing boat.

Next we went to visit the Soviet submarine. Never in my life did I imagine that I would find myself crawling (don’t try doing this in heels!) through the hatches of a submarine—and certainly not a Russian one.

When I was growing up in a small beach town north of Boston, my friends and I would sometimes scan the water, looking for the periscope of a Russian submarine. We didn’t really expect that we would see one, but we didn’t consider it out of the question either.

“The Russians Are Coming” (1966) is a memorable film, stimulated by the paranoia of those times. If you’ve never seen it, I recommend that you rent the video/DVD. This feel-good comedy, which includes an award-winning performance by Alan Arkin, depicts what happens when a Russian sub is grounded on a sandbar off the coast of a small New England town.

I found myself thinking of that film as I toured inside the B-39 Soviet attack “Foxtrot” submarine. Even though I am only 5’2” and not overweight, I found it challenging to squeeze my body through the circular hatches that separate the rooms down below. The explanatory signs on the walls told us that the sailors who serve in subs like this actually learn to move very quickly through the hatches, a life-saving necessity in certain circumstances.

As I peered at the miserably cramped quarters, I felt sorry for the young men who were stuck living in this contraption for months at a time. It carried a crew of 78, with only 3 toilets and 2 showers. The stench must have been worse than any locker room. At the end of the tour of duty, the bedding was tossed away for health reasons.

I don’t generally suffer from claustrophobia, but I was very relieved to step out again into fresh air after a relatively short visit down below. The Museum advises: “Persons that have trouble bending, crouching or climbing or are uncomfortable in confined spaces may have difficulty touring the B-39 submarine.”

For more information about the historic and still strikingly attractive Hotel Del Coronado, see www.hoteldel.com. Be sure to visit the free exhibit downstairs about the hotel’s past. And check out the Spa! 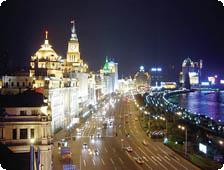 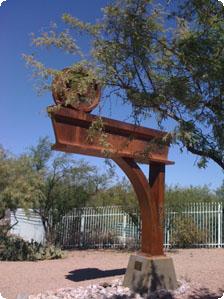 Culture: Tucson, AZ: Savoring the Sizzle of the American Southwest