During a press conference at the World of Wearable Art (WOW) show, a video camera was pointed at me, one of the journalists there to interview the founder of the highly successful show.

“What would be the most desirable thing for tourists to want to come to New Zealand for?” a fairly attractive Channel 3 anchorwoman asked, most likely expecting some ad-hoc contrivance to come out of my mouth.

Instead, I gave a sincere account of the hospitality I had encountered since my arrival, from the lovely Air New Zealand stewardesses who took care of me in cushy business-class fashion to the limousine driver at Nelson’s airport who had the uncanny knack of picking me out of the crowd that poured out of the terminal—without having to use a sign with my name on it. My hosts for WOW on the South Island were no exception, giving us a tour of the facility, the staff, and the artfully thriving community of Nelson in a completely relaxed, generous, and unassuming way.

Considering the punctual yet creative choreography I encountered in airports, hotels, and throughout my stay, it’s no wonder that the town—and the fashionable festival it hosts—have become the recipients of international acclaim.

To see the fashion show for yourself, visit www.worldofwearableart.com. Check out www.creativetourism.co.nz for added incentive.

After departing Nelson, I drove to Karamea for an overnight coastal hike when I started to feel a bit suspicious. I wondered if I would find the warmth and consideration I had waxed enthusiastic about for the media elsewhere in New Zealand. Maybe it was all some well-thought-out storefront fabrication designed to impress me—after all, they wanted me to write a good travel review when I returned to the States, didn’t they? Maybe it was like The Truman Show, where I was caught up in the totally fabricated world, with Tourism New Zealand in the control room watching my every move.

Fortunately, most of my paranoid suspicions were abated when I met Sean Jameson, a most down-to-earth and bitingly honest chap, who, after checking me out, invited me aboard his beat up but mechanically intact 1957 Land Rover. We ambled our way, roughly speaking, to the start of the trail on the lushly rugged West Coast on the Tasman Sea. I really couldn’t have asked for a better guide, considering that he didn’t have the usual over-adrenalized, Outward Bound mentality that most wilderness guides possess. As a result, the land unfolded to reveal some of its prehistoric as well as tropically poetic secrets. I got to experience something quite rare, as if I had been there all by myself. Sean’s trek ego never once got in my way (he conducts tours to Tibet, I later learned).

The next day, my guide could have gone back home when we returned to town. However, he insisted on taking me out into a genuine old-growth rainforest where ferns as tall as trees lorded it over the wondrously twisted trails. I’m glad that I didn’t decline his kind offer: it turned out to be one of the most pristine places I have ever toured, fortunately all under the protection of National Park jurisdiction.

If you are inspired to go to such a wondrous environ yourself, then visit www.karameainfo.co.nz.

Much to my surprise, I encountered some out-of-the-box, governmental honesty amidst the tacky tourist Mecca of Rotorua on the North Island a day later. At the Rotorua Museum I got to partake in an exhibit called Samoa and Black Saturday, a compelling installation done by the artist Fatu Feu’u and which contained an actual apology from Prime Minister Helen Clark to the Samoan people. In 1918, colonial ineptitude led to an influenza outbreak and eventual murder of Samoan leaders. Some rather inhuman quotes from New Zealanders—who openly considered the Samoans to be mere animals at the time—were also on display. As I toured this moving yet painful exhibit I started to wonder if there were any museums in America that offered sincere and graphic apologies to the Native Americans from the United States government, but nothing at all came to mind.

Go to www.rotoruamuseum.co.nz and bookmark this place as something worth checking out during your next foray down under.

The morning after this much-welcome, politically inspiring exhibit, I arrived in peninsular Coromandel, where Vida, a holistic retreat center tucked away in Coroglen awaited. Michele and Jamie Hollingshead welcomed me to their seventy acres of mountain-enshrouded Hedonia. Solar and hydro powered, Vida has completely removed itself from the corporate energy grid. Everything but the gasoline in their cars seemed to be organic and free roam. There were thoughtfully designed places to practice yoga, meditation, art, and various other deep and introspective things throughout the property. Inviting trails offered walks to spring fed waterfalls, medicine wheels, flower gardens and other like places of geo-mantic inspiration. Vida turned out to be more than a mere off-the-map escape haven. Spiritually the place was most wonderful and very rejuvenating to a psychically sensitive type like myself. The hosts gave me some Tears of Amber, a rainbow essence homeopathic, to purge some astral negativity I picked up in Rotorua—and it actually worked! After a massage and authentic Finnish wood-burning sauna, I experienced one of the most wonderful dinners later that evening, cooked with fresh herbs hand picked from the premises. I wish I could have shared this meal with the Channel 3 crew back in Nelson, as it would have answered their question more effectively than I was able to at the time.

Check out http://homepages.paradise.net.nz/vida/ to book your inevitably sublime stay at Vida.

Now already at the end of my reluctantly abbreviated travelogue, I must confess something a bit strange that I did during my impulsive television interview in Nelson. Defying an astrologer’s advice not talk about weird things during my trip, I proceeded to share a dream I had prior to leaving for New Zealand about seeing migrating snow geese and some Maori shaman who alerted me to their visionary significance. I later discovered that seeing such birds, at least in the Native American tradition, is a sign of positive and transformative travel experiences to come. I certainly had my share of them in New Zealand. 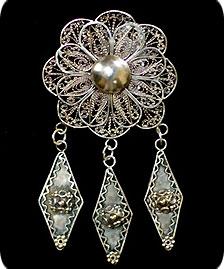