Among the ample works the Museum offers, it recently hosted the exhibition WACK! Art and the Feminist Revolution, curated by Cornelia H. Butler, which will be traveling to P.S. 1 Contemporary Arts Center in Brooklyn in February of 2008.

P.S. 1 was founded by Alanna Heiss in 1971, when she took a dilapidated building in Long Island City and transformed it into one of the largest contemporary art institutions in the world. The center, created as an interactive art space, is devoted to emerging contemporary artists. Since its opening, Heiss has been involved in nearly every exhibit and installation, and she is seen both in New York and around the world as both legendary and groundbreaking in her efforts to support and further contemporary art.

And if you’re in New York, this year the Brooklyn Museum opened the world’s first permanent museum space devoted to feminist art. The Elizabeth A. Sackler Center for Feminist Art will provide a home for Judy Chicago’s seminal work, The Dinner Party, and is manned by head curator Maura Reilly.

Like museums, galleries permeate Manhattan, and these art spaces are wonderful venues in which to see exciting new artists and performance pieces. One such space is A.I.R. (Artists in Residence) Gallery, which was founded in 1972 by women for women, and is devoted to the advancement of female artists. Of course, there are so many museums and institutions to see in New York, and regardless of whether they’re directed toward or dedicated to women, they are stops not to be missed.

Like New York, Chicago is hardly lacking in cultural institutions. The Art Institute of Chicago offers some of the world’s most famous works, including American Gothic and Nighthawks. And when the Modern Wing, designed by architect Renzo Piano, opens to the public in 2009, there will be even more to see at this renowned museum.

Also in the city is Woman Made Gallery, a space “dedicated to promoting the equal placement of women’s art in the world.” The gallery provides workshops and juried exhibitions, as well as lectures by and about women artists.

Beyond its museums and galleries, Chicago is renowned for its architecture. From the numerous Frank Lloyd Wrights (including the Unity Temple and Robie House) and Mies van der Rohe buildings, to Frank Gehry’s BP Bridge in Millennium Park and Rem Koolhaas’ el tunnel at the IIT campus, there is so much to see and gain inspiration from, it is hard to imagine lacking in things to do.

Our neighbors to the north are also working to bring more attention to women in the arts. WARC (Women’s Art Resource Centre) Gallery in Toronto, Canada, which opened in 1984, is devoted to supporting and promoting the work of female artists within a “politically engaged artistic context.”

And Montreal’s Museum of Fine Arts boasts a collection of masterpieces including works by Renoir, Monet, Rembrandt, Picasso, Matisse, and Miro among others.

*The entire museum is free through January 27, 2008. Part of the Museum’s All for Art campaign includes private collectors’ work on view from December 6 through February 24, 2008.

Finally, if you’re in Quebec next summer, the Museum is offering a retrospective on Yves Saint Laurent’s work spanning forty years. The exhibition highlights “the innovative character of a work that has marked history and the present with its new definition of femininity and left a signature that transcends fashion.” The retrospective of the icon’s work is on view from June 4 to September 28 of next year.

Of course, North America isn’t the only continent with a bevy of arts and culture. Europe is overflowing with museums and national galleries, as well as buildings, fountains, and public sculpture worthy of your attentions.

From November to March of 2008, the Guggenheim Venice presents the Peggy Guggenheim E L’immaginario Surreale Arca, installed in the former Church of San Marco in Vercelli. The exhibition will bring together numerous masterpieces from the Venice Collection, as well as those from the Solomon R. Guggenheim Museum in New York. A strong influence on the art world, the show presents a journey through the life of collector Peggy Guggenheim and the Surrealist movement.

While in Madrid, Spain, a stroll down the Paseo del Arte is not to be missed. This strip is famous not only for its trio of museums, but also the beautiful and expensive homes that line it and the centuries old fountains amidst the buildings.

The Museo Reina Sofia houses one of the world’s most famous and dynamic works–Picasso’s Guernica. Also on the Paseo is the Museo Nacional del Prado. The National Museum has exhibits of both Goya and Velásquez’s work on view through February 2008.

Finally, completing the triad is the Thyssen Bornemisza Museum, considered one of the world’s greatest private collections, as its scope is so vast and spanning so many periods and artistic styles. From February 5 through May 18, 2008, Modigliani and His Time will be on view at the Museum. Perhaps my favorite artist of all, Modigliani’s linear figures are beautiful, haunting, and oft overlooked. I strongly recommend you stop to take it in if you’re in Madrid while the exhibit is up.

Now, if a trip to Europe or a major metropolis isn’t in your immediate travel plans, you need not look much further than your own back yard for inspiration. Most cities big and small offer to the public any number of cultural events, theatre, galleries, and art spaces. You may not find a Picasso at every stop, but you may discover a little-known artist who piques your interest or arouses in you an emotion similar to that felt when face to face with a larger-than-life Rothko. And, unlike their famous counterparts, these local works are likely to be a lot cheaper, too.

Find ratings and reviews for Madison Wisconsin hotel spas from TripAdvisor, Frommers, Fodors, etc. all in one place 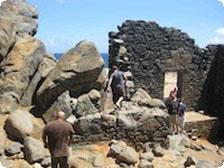