Kings and Queens and medieval battles, Hungary has seen all of that! This is a story of foreign occupation, revolution, the struggle to reclaim territory, and the fight for freedom!

The first stop on the chronological tour of Budapest is the Basilica of St. Istvan. In 895, the Magyar (Hungarian) tribes settled in the Carpathian Basin and a national identity began to form. St. Istvan was crowned the first king of Hungary in 1000. He brought Christianity to the Hungarians and built a church in one of every 10 villages. The first seat of royalty was not in Budapest, but in Esztergom on the Danube bend, 70 km west. If you have time to venture outside of Budapest, the magnificient Esztergom Basilica is worth seeing. It is the country’s largest cathedral. Confining our historical tour to Budapest, you can visit the Basilica of St. Istvan right in the city. An odd ancient treasure kept here is the mummified right hand of St. Istvan. Another reason to visit is the impressive view from the dome. English guided tours are available.

The next stop on the historical tour would be Visegrad. Like Esztergom it is on the Danube bend, but only 45 km from Budapest. A magnificent, gothic palace was built here by King Matthias Corvinus and Queen Beatrice during their reign, 1458-1490. They brought in Italian Renaissance artists to work on this masterpiece. Visegrad was destroyed by the Ottoman Turks and later bombed by Habsburgs. A few royal rooms have been reconstructed, but the big draw here is the citadella ruins on the top of the hill. Besides the museum rooms that give a flavor of life in medieval times, the view from here – the mountains and the bend in the mighty Danube – is surely one of the most spectacular scenes in all of Hungary. Meanwhile, back in Budapest, St. Matthias church is on castle hill. This gothic structure, housing some wonderful stained glass and frescoes, is where King Matthias Corvinus married Beatrice.

Right in front of St. Matthias church is the Fisherman’s Bastion. Each of the seven fairy tale-like turrets represents one of the original Magyar tribes. Just as Visegrad is perhaps the most beautiful mountain view in Hungary, the Fisherman’s Bastion offers the most spectacular city view. From high atop Castle Hill, you have a view of the impressive Danube and the entire city of Budapest. The Bastion looks ancient, but is only 100 years old. It was built in honour of the fisherman who defended this stretch of the city during the medieval ages.

Another attraction well worth seeing on castle hill is the National Art Gallery, within the National Palace cultural complex on the south side of Castle Hill. Art enthusiasts will appreciate four floors of renaissance and baroque paintings, wood and stone sculptures, medieval altars, through to modern and contemporary art displays.

From Castle Hill, the wonderful view includes Margit Sziget (Margaret Island) right in the middle of the Danube. Margit Sziget takes its name from Bela IV’s daughter, who was a nun at the Dominican monastery on the island. The Ottoman Turks invaded Hungary in 1541 and occupied it for a century and a half. Margit Sziget was turned into a harem and no infidel was allowed to set foot on it. Today all are welcome to this beautiful park island in the middle of the Danube River. Here, locals and tourists alike can find some tranquility on the beaches or on the walking/cycling trails. Bike rentals are available. The Grand Danubius Hotel spa with its sprawling outdoor pool complex is a major summer-time attraction.

The Magyars were glad to see the last of the Ottoman occupiers leave in 1699, but one Turkish legacy they kept was the Turkish Baths. As a result of its location atop a geological fault line, warm mineral water rises in thermal springs. Grand spas like the Danubius and the Gellert were built around these therapeutic wonders, but the most authentic Turkish Baths are the Kiraly and the Rudas. Both date back to around 1570. There are men’s only, ladies only, and mixed times. Bathing suits are optional in some baths are certain times. Schedules should be checked when planning a trip to one of the baths.

Soon after the Turks left, the Habsburgs came, occupying the country for a time, then forming the dual monarchy of Austria-Hungary by 1867. It was as one united force that they entered Word War I. The end of WWI, however, brought the Trianon Treaty of 1920, which is still a very sore spot for Magyars because it resulted in the re-drawing of borders and the loss of two-thirds of Hungarian land.

Hungary entered World War II in hopes of regaining their lost land. In 1944, near the end of the war, Germany occupied Hungary. This was the year of the Hungarian HHolocaust. Three sites that must be visited in the Jewish Quarter: the Great Synagogue, the largest synagogue in Europe and the second largest (to New York) in the world. the Jewish Museum, and the Holocaust Memorial, containing several moving memorial displays and monuments to the half million Jewish lives that were lost. At the end of WWII, the Hungarians were ‘liberated’ from the Nazis by the Soviets.

The 1956 revolution is the next significant date in Hungarian history. From October 23 to November 10, 1956, students in Budapest and young people in cities and towns across Hungary attempted to liberate Hungary from Soviet occupation. The revolution was put down with the arrival of Soviet tanks and troops that had the young revolutionaries greatly outgunned. At least 200,000 refugees left Hungary in November 1956. This part of the Hungarian story is best heard on the 1956 walking tour that leaves from 16 Lazar utca, at the back of the Opera House off of Andrassy Blvd on the Opera Metro stop. It leaves at 3:00 on Wednesdays and Saturdays and takes three hours.

The 1956 walking tour will take you to the Parliament because there are several important memorials on the site related to the uprising, but it does not go inside the Parliament building. Parliament is worth allocating some dedicated time to in addition to the tour. For starters, it is by far the most expensive building in Hungary, resplendent with marble and gold. Gone are the days of kings, queens, and dictators, Hungary is now ruled by democratically elected officials. Parliament is also where the ultimate symbol of Hungarian historical power is housed and can be viewed: the original crown of St. Istvan! If that hasn’t yet quenched your thirst for history, your next two stops should be the Budapest Museum and Nemzeti (National) Museum, where the displays will walk you through the entire 1000 years once again.

When you have had your fill of history and it’s time to go shopping and get something to eat, head to Vaci street. The more up-scale shopping is on the northern stretch. As you head south, it turns into a pedestrian-only street. There you’ll find more touristy-souvenir shopping prospects and also great opportunities to sample traditional Hungarian dishes like gulyas (goulash) and paprikas-csirke (paprika-chicken.) Palinka is a well-known Hungarian aperitif and comes in all kinds of fruit-flavours, plus paprika flavor. Hungary also grows some very good grapes, especially in the Eger region. Egri Bikaver (literally bull’s blood) is one of Hungary’s most famous red wines.

After shopping and dinner, there is one more thing you must do. Take a night walk along the shores of the Danube, over the bridges. If you prefer, you can take a night-cruise. Dinner cruises are also available. The Danube at night must not be missed. The twinkling city lights dancing on the water is magical. Therein is reflected the soul of Hungary, past and future, in all its dazzling glory, Budapest – the jewel of the Danube.

Kathleen is a retired social worker who has recently completed her Master of Arts degree
in Literature and finally has the time to pursue her own dreams: to travel and write! 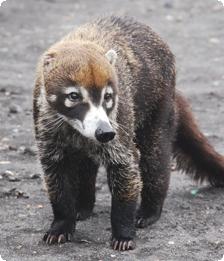