Hi! My name is Anna and I’m from Turin (Torino in Italian), a city in the north of Italy. I will be your Olympics Diva reporting back from my hometown!

During the week I live in Milan where I study law, but on the weekends I go back home since Turin is only a one hour and a half train ride from Milan. I’ve lived in Turin my whole life, and despite being only eighteen, I’ve had the fortune to travel a lot. This is how I discovered Tango Diva!

On what still appears to me as a pretty surreal day spent on a yacht off the coast of St. Tropez, where I was working as a hostess for BMW at the Giraglia Rolex Cup, I met the editor of Tango Diva, Stephanie Block. I mentioned to her that Turin will be hosting the next winter Olympics in February 2006, and she suggested that I become the Olympics Diva updating all the other Divas about what’s going on here and how it is to live in a city that will be the center of a loads of action in less than a year’s time. I found this an amazing idea, so here I am…article one.

The count down on the official Turin 2006 website says there are 233 days to go, which is not that much for someone on the Olympic Committee but loads of time for me! So I thought it would be cool for me to start the first article by telling you about Turin. About its piazzas, palaces, streets, restaurants, clubs and of course about shopping!

I’ll begin by telling you about the city itself…(I hope you’ll stay awake and I solemnly promise my next reports will be more fun!)

This great city enjoys looking back at its past, but it also keeps an eye on the future—specifically, Turin is looking forward to the Winter Olympics of 2006. One of the greatest things about Turin is that’s it’s only a one-hour car ride from the sea and 1 hour from the mountains. Turin is surrounded by mountains so we get the most amazing views…

As you walk through its streets it will be impossible to miss Turin’s elegance, a characteristic of all great nineteenth-century cities. Recently, in an attempt to bring back the “old” Turin, a number of bars and cafés, wine stores, and other businesses have sprung up in the old city center, giving the city a younger vibe.

Where would you start if you were to take a walk in the center of Town? Piazza Castello, of course. Piazza Castello was transformed into a pedestrian zone a few years ago, and it’s now the heart of Turin. From here you can take off in any direction and you will discover innumerable sites of beauty and interest like Piazza San Carlo which is actually a big hole right now! Part of the projects for the Olympics included this underground parking lot…While they were excavating, ruins of an ancient Roman church were found! (Which isn’t at all unusual here in Italy.) The project was changed to make these ruins visible.

In the nineteenth century Turin was home to the Savoia Royal family under which Italy was first unified. If you are interested in the palaces of the Savoia Royal family, piazza Castello is still a great place to start, (castello means castle in Italian) you’ll find Palazzo Reale, Palazzo Madama and numerous other important buildings. Nearby, you’ll find il Castello del Valentino(my favorite!).

At about a thirty-minute ride from downtown you’ll find the Savoia’s former hunting estates and summer residences which surround the city. If you visit Palazzo Reale di Stupinigi and the Reggia di Venaria Reale, you’ll see that they resemble Versailles!

Like every Italian city, Turin boasts its fair share of beautiful churches; Superga, la Gran Madre, il Duomo, la Consolata. Some of these churches are symbols of the city; others are famous for the area of the city or even a certain “style of life” they represent; some are surrounded by legends of magic and ancient rites; others are the masterpieces of the great architects who have come through Turin, such as Guarini and Juvarra. A brief tour of the most beautiful churches in Turin is a must for visitors who wish to see the extraordinary facades, altars, and frescos. I suggest you begin by the Duomo that is home to the Holy Shroud, housed in the eccentric cupola designed by Guarini. A fire damaged the cupola in 1997 but now it’s been completely restored.

In my next report, I’ll tell you about places to stay, restaurants, bars and clubs! So keep reading…Turin really is a city to discover! 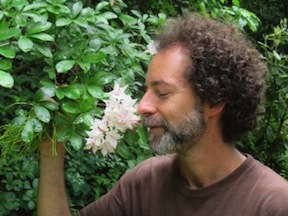