There’s no description of Bombay quite comparable to that of Salman Rushdie’s in his novel Midnight’s Children:

“Our Bombay: it looks like a hand but really it’s a mouth, always open, always hungry,
swallowing food and talent from everywhere else in India. A glamorous leech, producing
nothing except films bush-shirts fish…”

Perhaps the dualities that seem so indigenous to Bombay (or Mumbai, as it is commonly known) are the ingredients that make the city uniquely flavorful. Like Rushdie’s multifarious illustration, this is a climate stewing with contradictions. Bombay has always been big enough to contain both colonial and native customs, corporate culture and slums, high art and populist entertainment, tradition and revolution.

Bombay is the cultural and industrial capital of India, as well as the epicenter of the Hindi film business—Bollywood, as it is fondly christened, is quite simply the most ample movie industry in the world. Home to a synthetic cavalcade of romantic melodramas and shrill-timbred chanteuses, the studio lots of Bombay generate more than 800 masala movies, mainly musicals, on a combined budget of $300 million a year (less than the total production costs of Titanic and Waterworld). Few of them reach American audiences, but India makes more movies than any other nation and nearly doubles the amount Hollywood spawns annually. Ten million Indians go to the movies every day. Movies run a minimum of three hours to give destitute viewers the maximum return for their payment. Audiences are thoroughly engaged as they sing and dance along with the effervescent characters. Internationally, Bollywood boasts an excess of $3.5 billion in profits, and this is expected to leap by 120 percent internationally in the next three years.

In Bombay, an element of fastidious glamour has always kept its place, but it’s more evident these days. At present, western culture is far more accessible in India than it was before the rise of the Internet as a source of global pop proficiency. The presence of western dance music, fashion, food, and television—when mixed in with Bombay’s bold tastes and lust for the spectacular—makes for an outlandish, bold and thoroughly modern youth culture.

In turn, the west is just as entranced by the kitsch and glitter of the Indian film industry—what with its recent salvos to Bollywood—as Hindi cinema is by America’s pop mainstream. After Mira Nair’s Monsoon Wedding, overflowing with songs from the last thirty years of Indian cinema, Bollywood practically became a household name. Andrew Lloyd Weber’s musical Bombay Dreams was inspired by a coterie of Hindi film tunes. Baz Luhrman, director of Moulin Rouge, learned a thing or two from the flamboyant aerobics of Indian cinema. That Bollywood culture is a global commodity is no exaggeration. The South Asian populations of the U.S. and Britain account for 55% of international ticket sales, and Bollywood has fans ranging from gypsies in Eastern Europe to Tanzanians, Israelis, and Cambodians.

Of course, with all the campy appropriations of Bollywood culture, there has certainly been a substantial share of opprobrium. When composer Bappi Lahiri filed a lawsuit against hip-hop magnate Dr. Dre after four minutes of the old song “Thoda Resham Lagta Hai” were borrowed without permission in the hip-hop single “Addictive” by Truth Hurts, the conflict became more apparent. In general, much criticism has been hurled against the understanding of Indian culture as an extravaganza in trend and exoticism. The obloquy extends to the condescending stereotypes of Indian pastiche, seen in films like The Guru, with its tongue-in-cheek allusions to Hindu mysticism, the Kama Sutra, and the flashy posturing of Bollywood culture. Something about the mishaps of the main character, a docile naïf played by Jimi Mistry, and the recontextualization of Indian cinema (epitomized by blonde, blue-eyed temptress Heather Graham shimmying around to a Bollywood-inspired number) leaves a bad taste in the sentient spectator’s mouth. But even in the midst of current criticism, the cultural commerce between east and west is a legacy that’s unlikely to be handed off anytime soon.

Bombay itself is a tentacular entity with an influence as extensive as a Bollywood playlist. In some ways, it’s not merely a bustling metropolis—it’s a massive icon of a very specific cult of global entertainment. Of course, in all Bombay’s hybridity, a club like Olive, in the fashionable northern suburb of Bandra, could be any swanky spot in London or New York. Sartorially sharp business moguls will be seen dining on exquisite portions of crab and salmon from the Arabian Sea. Sultry-faced models and actresses are sipping martinis at the bar. The place is teeming with cosmopolitan hipsters pontificating on politics and film.

Bombay is built on an island that is linked to the mainland by a complex succession of bridges. With sixteen million inhabitants, it’s one of the world’s major urban hubs. But don’t let the resemblance to London or New York fool you—we’re nowhere near the Occident. The DJ spins classic Hindi film songs, the bartenders and diners are speaking in the various dialects and languages of India, and if you walk out past valet parking, you might encounter a rickshaw wallah or scores of attendants in a boisterous religious procession. Certainly, there is no other place quite comparable.

Bombay, or Mumbai, as it is known by locals, has a range of gorgeous attractions for visitors both international and in the area. Jetsetters should keep in mind that the best time to visit is usually between October and February, when the weather is the most moderate. The atmosphere is ultra humid, so light, comfortable clothing is a must.

Bombay is a city that most major airlines from Europe, the Far East, and the Middle East fly to. Sahar International Airport is just a few miles from the center of the metropolis, and flights to other major cities like New Delhi, Bangalore, and Chennai are available through the Santa Cruz Domestic Airport, which is also close by.

For a dollop of five-star luxury, stay at the Leela Kempinksi Mumbai, which is set amid eleven acres of landscaped gardens, cascading waterfalls, and lotus pools. The hotel combines state-of-the-art technology with lush decor to create a haven of tranquility and luxury for its guests.

Hot spots to visit include the Gateway of India, a principle landmark in the city. Originally constructed in 1924, this yellow basalt monument is something like an Indian Statue of Liberty. Another monument that shouldn’t be missed is the Mahalaxmi Temple near the cool, windswept Malabar Hills.

Art lovers will definitely want to visit the Jehangir Gallery, which displays the work of contemporary Indian artists and is a mainstay in the country’s national movement in creating innovative venues for the visual arts.

For a taste of the exotic, the Sanjay Gandhi National Park is the only wildlife preserve in Bombay and is home to a plethora of species, such as the panther, antelope, dear, wild bear, tiger, and lion. Top off a visit to the park with a stroll through the Jijamata Udyan Garden, which boasts a nursery of rare plants.

For those who want to take advantage of the weather, Chowpatty Beach is a popular getaway for both locals and visitors. Buggy rides, breezes, and food stalls complement the gorgeous offerings of the port city.

Of course, no major city would be worth visiting without a proper night life. Don’t worry—Bombay won’t fail you. Some of the popular discotheques, which play everything from hip hop to bhangra, include the Cellar, RGs, Go Bananas, Razzberry Rhinoceros, and J49. Before going dancing, enjoy a mojito or piña colada at one of Bombay’s stylin’ bars, particularly Ilusions, Wild Orchids, or Leopold’s Cafe Mondegar.

About the Author: Nirmala Nataraj is a published journalist, playwright, and sometimes critic. Her passions include experimental film, pretty music, and feats of architectural genius–the Hagia Sophia in Istanbul, in particular. Her favorite destinations (so far) are Prague, Istanbul, and just about any temperate alcove in the Mediterranean. When she’s not busy browsing and lamenting exorbitant ticket prices, she spends the remainder of her time composing limericks, watching really bad Italian B-movies, coddling her spoiled Siamese cat, impressing others with obscure triva, and wheedling her way into VIP events to rub shoulders with famous people. She’s also an obsessive list-maker, just to let you know. 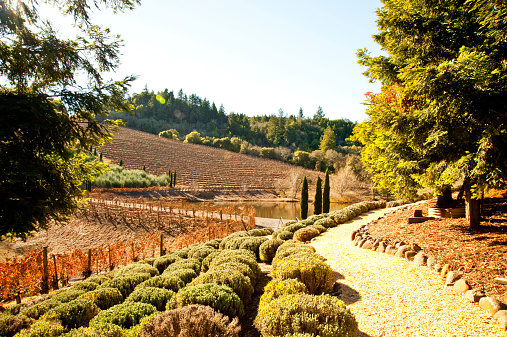