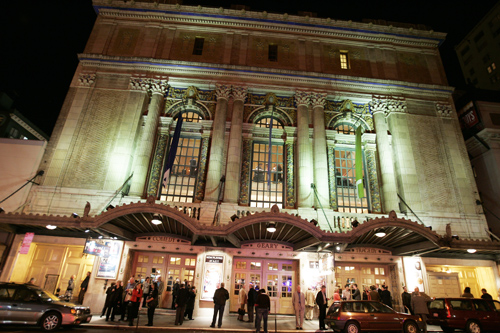 Act I opens in 1959, as a white couple sells their home to a black family, causing uproar in their middle-class Chicago neighborhood. Act II transports us to the same house in 2009, when the stakes are different, but the debate is strikingly familiar. Amid lightning-quick repartee, the characters scramble for control of the situation, revealing how we can—and can’t—distance ourselves from the stories that linger in our houses.

The Evening Standard Award was merely the tip of the iceberg of accolades for Clybourne Park: Following a critically acclaimed premiere at Playwrights Horizons in New York City, the show received a production at Woolly Mammoth Theatre Company in Washington, D.C. (which, in response to popular demand, will revive the production as part of its new season next year), and the acclaimed Royal Court Theatre production in London will move to the West End in 2011. During its various incarnations, the play has received raves from critics: Entertainment Weekly called it “completely audacious, architecturally ingenious entertainment,” while the New York Times hailed it as “a spiky and damningly insightful new comedy.” London’s Independent found it “outrageously funny and squirm-inducing,” and New York Magazine noted that its provocative subject matter “goes for the jugular of P.C. liberals.” Are You A Buenos Aires Insider? Enter To Win!

Jumping for joy at House of Air