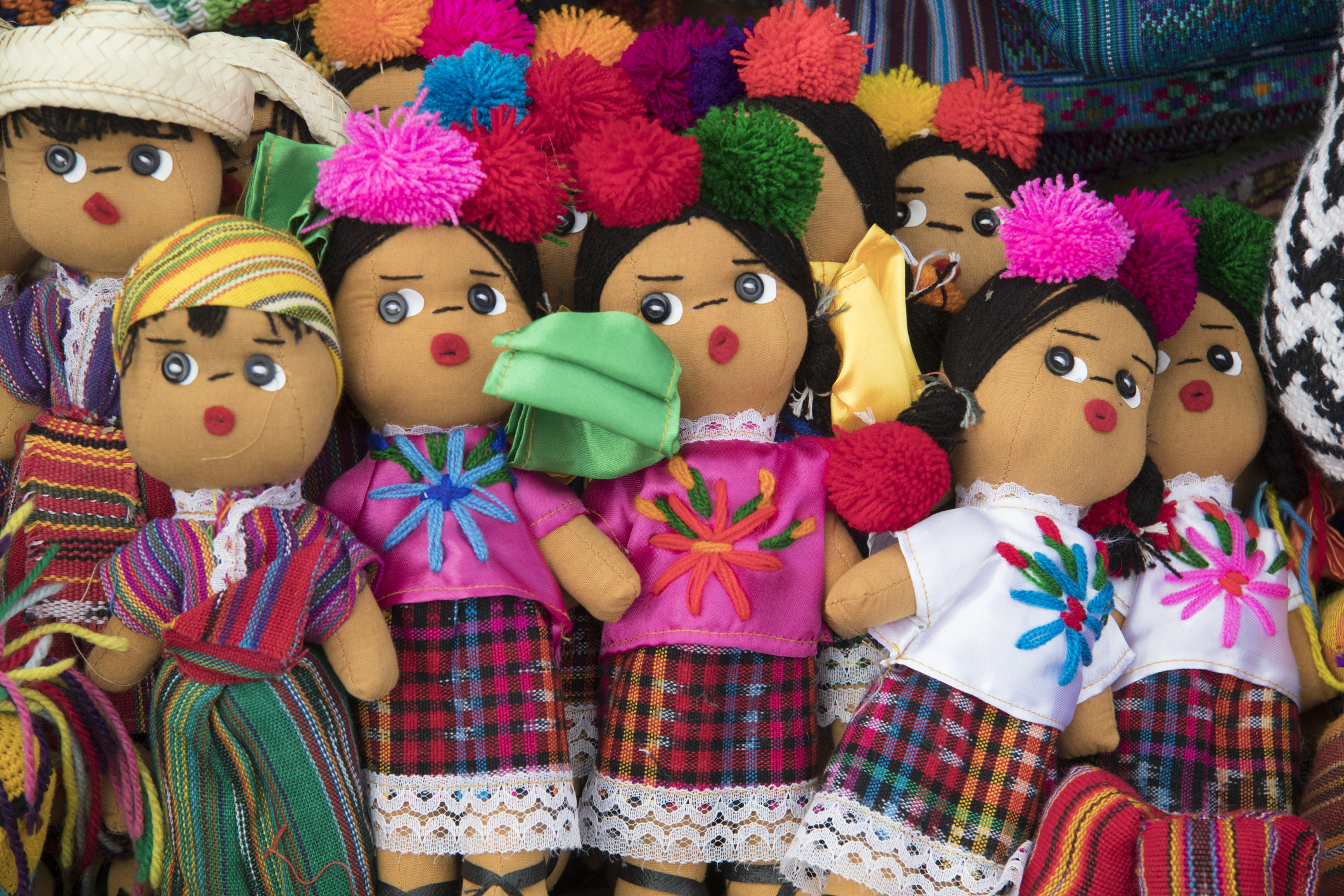 Convent of the Las Capuchinas Nuns

Our shore excursion tour group visited the city of Antigua,
Guatemala which sits at an elevation of 4500 feet, surrounded by rising volcanoes. We came face to face with one active volcano spewing a twisted pillar of steam skyward as our bus traveled up the mountain from our cruise ship, the Holland Zuiderdam, docked in Puerto Quetzal.

Antigua was the capitol of Guatemala until 1773 when a series of horrific volcanic eruptions left the city in ruins. The Spanish Crown ordered that the city be abandoned and moved the capitol down the mountain to Guatemala City.

Antigua was not repopulated until the early 20th century! Today it still retains the cobblestone streets and many historic buildings from their Spanish heritage and is designated as a World Heritage site.

When we entered the city , we noticed that all shops had private guards
stationed outside, and each held a large firearm. Windows had metal screens installed which allowed in breezes but I realized, no thieves.

The wealthy live behind high masonry walls with tops covered with either razor wire or large glass shards, while the poor live in the small shacks on the edge of the city.

As we toured the the city, we saw the ruins of the convent of Las Capuchinas, imagining the hardships of the lives of those nuns that once inhabited the buildings. The Catholic order of nuns returned to Spain when the city was abandoned all those centuries ago. After, we made a stop at the original jade factory, salesroom and archeology museum owned by Marylou Ridinger and her husband who discovered the lost Mayan Jade mines in Guatemala years earlier.

Hungry and ready for a little rest we sat down to a buffet lunch where we were serenaded by two groups of brightly costumed men wearing native Guatemalan woven shirts and trousers, entertaining us with their indigenous music in the colorful courtyard of the Posadas de Don Rodrigo, an authentic 270 year old renovated hotel.

After lunch I set out in search for film for my camera. I wandered the streets of Antigua alone, using my fractured Spanish and hand gestures with a few shop owners and was directed first to one shop, than around the corner to another and yet to a third a few blocks down and off the main street, where I finally found a place with film!

I was enjoying experiencing this 15th century city, soaking in the sights and sounds. Walking carefully, mindful of my steps on the cobblestones, and gracefully finding out that drivers in Antigua are a little crazy! After almost being hit by a small car. In Antigua, drivers have the right of way!

During my walk in the plaza, I was approached by a very
industrious young girl selling many items which she had in a large hand woven cloth that was tied at her shoulder, wrapped around her back and clutched in a large bundle to her body. She followed me relentlessly through the plaza, repeating in her clearest school girl English, “Please, lady, lady; this is business, this is business” over and over. I was charmed by her entreaties and felt her need to sell something because I had learned how little money was available to most families.

I stopped, turned and asked permission to take her photo. I then directed her to a bench where I sat, inviting her to show me her wares. As soon as I sat, many other children huddled around hoping, I expect, that I would be an equal opportunity tourista. I purchased a colorful woven table runner and a small necklace and then we went our separate ways.

I will always remember that child entrepreneur who I fondly refer to “Miss-this-is-business!” 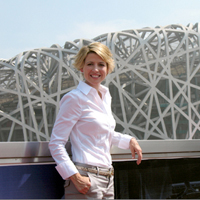