I know I’ve had a great vacation when I return home with aching muscles and unidentifiable bruises. For the past ten days I’ve been vacationing at Club Med’s Turks and Caicos village and I just got home, practically limping from all the fun! My cheeks hurt from smiling, my stomach muscles ache from continuous laughter, and my shoulders are tight from too much trapeze swinging. Yes, my feet are sore from dancing barefoot in the sand, my skin is tight from all that wonderful sun, and I have a few bruises that I’m not too sure how I got. I’m feeling like a rock star!

The moist, delicious air of Turks and Caicos—a group of Caribbean islands east of Cuba—caressed me the second my feet hit the tarmac; I could feel the first layer of stress melt off my back. After a quick walk through the airport, a tall, dark, handsome man wearing a Club Med GO t-shirt (GO stands for Gentle Organizer) and sporting a rich Dominican accent greeted me. This beautiful sight put a smile on my face that continued to grow for the next ten days I was at Club Med. He directed me to a van and informed me that we would be at the village in a few short minutes. It was so nice not to deal with getting a cab, finding a hotel, and exchanging money.

The van’s occupants hailed from the four corners of the world. A few guys from Italy sat behind me, two women from Quebec chatted in front, and a couple from France whispered next to me. I was the only one in the van speaking English!

We rambled up to Club Med’s Turkoise village, appropriately named after the gentle turquoise water lapping the beach. In the lobby, clad in white shirts with the telltale letters across their chests, seven GO’s smiled profusely and welcomed us to their resort. We were served cold tropical libations and escorted to our rooms. A wonderful reception for the weary traveler!

My ten days at Turkoise jetted by. Mornings were spent enjoying the magnificent buffet breakfast and gingerly grinning at dance partners from the night before. Every day, I tried to get up early (nine thirty) to catch the disco yoga class, but because I rarely got to bed before three, that goal proved to be too ambitious. Instead, I settled for breakfast, then water volleyball, followed by pool aerobics. After all that activity, I would head to lunch with a group of new, international friends, then trek the hundred yards to the white, pristine beach for afternoons of snorkeling, windsurfing, and sailing. My favorite afternoon activity was floating in the crystal, turquoise water that was the temperature of rose petals basking in the sun.

Late afternoons I transformed into a circus performer. I’d rinse off and head to the trapeze, where I was greeted by half-naked men with tanned, tight chests. I’m not too sure if it was the trapeze I enjoyed, or those chests. Either way, I had a swinging good time! I learned four different moves and completed five catches. I even got a certificate for my progress! One of the fabulous Divas I met at Club Med was Debra from New York. She came by herself—as do many women. She too, loved the trapeze, and we would swing for a few hours a day chanting, “Catch me Bruno, catch me!” Bruno was a GO from Brazil, and he looked great in his spandex tights! Handsome men catching you—what fun!

Within a few days at the village, a sense of community developed. I’d make friends, exchange numbers, and devise plans to meet post-vacation. This bonding usually started at six every night, when many of the guests would meet at Sharkie’s Bar to watch the sun set and listen to live music. During these moments I would get very emotional about how blessed my life is, and how magnificent the world can be. It’s such a wonderful, small planet we share. I could feel the power of community here—or maybe it was a combination of the adrenalin from the trapeze and the drinks! After a few cocktails and admiring the awe-inspiring sunset, we would all depart and get ready for the next six hours of fun.

The evenings’ activities would start at eight around the main pool and bar area. There, more friendships were made and the day’s adventures shared. According to Club Med style, all meals were eaten in groups of ten. If you came alone, dining was a fabulous opportunity to meet other guests. Dinner was followed by a live show or dancing games. The night’s entertainment would continue with dancing until two am. Then, we would all head to Sharkie’s Bar, for a late-night hamburger and refreshments, where the party continued until four am.

I cherished the walks back to my room via the gentle, quiet beach. The new memories of the day swirled around my mind, while the moist sand enveloped my feet. On my final night, I took some time to think about the past ten days—days that flew by. (Much like me on the trapeze!) I felt a part of something special, something grand and magnificent. Each guest represented a life, filled with memories and ideas. Every soul had a story, and a reason why he or she came to Turks and Caicos.

I met Debra from New York through John from Stanton Island; Debra introduced us to Massimo and Lucas from Milan. (Massimo has invited us all to join him in Milan this Christmas.) Susie from Quebec came alone and shared her sunny disposition with us. I sailed with Lynn from Long Island, who came with her daughter. We met Sophie from Newport Beach, who came by herself to chill after a busy year. We laughed with a group from France: Patrick and his boyfriend Jesus, and Rene and Isabelle, who both came alone and met at the airport. My girlfriend Shirley from New York joined me a week into my vacation and brought her friend Maria from Miami. We swam with Christy and Tim from New Jersey and danced with Anna from Russia. I became a part of all these souls’ intricate lives and they became part of mine. It was as though we weaved a new cloak of friendship—each with one thread and many stories, moving in and out of each other’s worlds. Titles, jobs, stress, and responsibilities were left at the gates of the village. Here, our true colors shined and we were not afraid to reveal our passions and desires. We were all here to enjoy ourselves and live in the moment.

Two weeks ago I didn’t know any of these interesting, passionate souls, and now we all share wonderful memories—and a few secrets—of our time in Turks and Caicos. Imagine if we could bring just a piece of this paradise into our daily existence. Instead of fearing others, we might enthusiastically dive into a sea of new friendships; instead of running away from frightening experiences, we might take hold of them like the trapeze bar; instead of following the status quo, we might dance out of step and laugh until it hurt. Imagine if we could all be as warm, fluid, and gentle as the water of Turks and Caicos. Perhaps we should try. 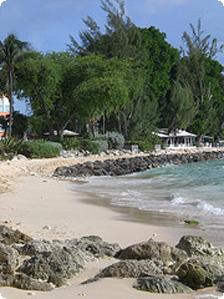