You know those days when you feel so overwhelmed with all the information that is streaming through your every technological device? You sort of wish for the time when you were only paging coded messages to your boyfriend, who has now been replaced by your laptop.

But then, the depth of your fatal attraction hits you when you think there’s no reason to live because your hard drive decided to erase, forever, a year’s worth of work, which you failed to back up because of your unfounded faith in technology.

So no, we don’t really want those old days back, but at least we can temporarily escape to a mind space similar to it. And that was what my Mo’orean vacation did for me.

We rose and fell with the sun and were rocked to sleep by the sound of the ocean. Without guilt, we indulged ourselves in laziness, soaking up the Polynesian sun with intermittent naps in our beachfront bungalow.

Everything about this seven-day vacation was an escape from my very organized, appointment-packed reality. My departure date was only three weeks after the day a good friend and I first talked about going to paradise. Planning for our trip simply consisted of sending each other online Tahitian beach JPEGs, obtaining the latest version of Lonely Planet, Tahiti, and buying two bottles of Jack Daniels for a friend of a friend whom we were hoping to stay with, if we were able to reach him when we arrived.

Of course, we never got a hold of the guy. But our lack of planning found us a last-minute, affordable camping style bungalow accommodations and a vacation’s worth of whiskey.

Mo’orea Camping turned out to be a dream vacation spot come true. We instantly fell in love with the island after marveling over our first day’s sunset.

The fact that our bungalow had offsite showers and bathrooms forced us to live in a much more raw and natural way. Showering became second priority to doing cartwheels on the beach. We swam, lounged, ate, and practically slept in our swimsuits, which we hung to dry on the clothesline that stretched along one wood plank wall.

Eating was a very simple matter. We walked to the local store and bought up a few days worth of bread, cheese, deli meat, water, and a tub of Nutella, which we conveniently stored in our mini fridge. Every couple of days we would treat ourselves to Polynesia’s (and possibly the world’s) best rotisserie chicken, prepared by an Italian guy who moved to Mo’orea ten years ago. His kitchen on wheels was less than a five-minute walk from the camp. I was told by a local that this Italian’s chicken was famous throughout all of Polynesia. (Of course, this was the same guy who told me that Tahitian men always have hard-ons.)

We guessed the time by the position of the sun. If the store was closed, we knew it was sometime between twelve and two p.m. I only tracked what day it was because I was afraid we might float past our departure day—which wouldn’t have been too bad of a situation.

We rented a moped and took the one-day ride around the little island. Our trip confirmed that we had the best 200-foot stretch of beach on the entire island. Not only was it sandy, it was quiet. Maybe it was slow season but we never encountered obnoxious MTV spring breakers or guided tour groups. We never even shared our beach with more than three other people at a time.

Our bungalow neighbor (who happened to be from Concord, California) had been coming to the campsite twice a year for over ten years. Every night her hut was filled with local friends—from the tattoo artist to the camp’s maids to the hard-on guy. Mo’orea is the kind of place you can come back to and pick up right where you left off. The people are warm and want to share their deep appreciation for the nature that surrounds them. It was so refreshing to enjoy their closeness to nature and their pace of life.

I completely forgot about electronic mail, airtime overage fees, and “page cannot be found.” I only wondered if it was past two p.m. so we could go to the store to replenish our stash of Nutella…as soon as I could motivate and get out of the ocean, off the beach, and Mo’orea out of my mind… 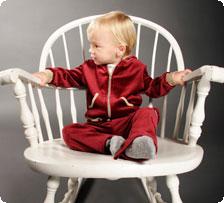