Welcomed with a song

I found Nemo while snorkeling a few feet off the coast of a wild, deserted island in Fiji. His yellow-and-blue-striped body darted beneath my flippers, then disappeared into the winding blue, green, pink, and purple coral mountains of the serene undersea-scape surrounding us. I was miles from home—and a world away from reality.

Waya Island—located about twenty-five miles west of the Fijian capital of Nadi along the Yasawa chain of islands—is small and rustic, with a subtle charm. Governed by ancient traditions of the local villagers, Waya appears to pay little heed to the rest of the world. It has no stores, no restaurants, and no computers. (Not even Verizon can hear you now.) Four villages are scattered on one side of the island; a small budget resort—the Octopus—occupies the other.

The outstanding Octopus Resort consists of small, traditional Fijian huts called bures (pronounced boo-ray) nestled along the beachfront. Hammocks stretch between arching palm trees, and not a sound can be heard, save for the gentle lapping of rolling waves.

The Octopus caters to people of all ages, including families, children, and solo travelers. Its best feature, though, is the staff, who continuously outdo themselves with Bula dance productions, kava ceremonies, and fantastic meals, including the incredible lovo feast, prepared by wrapping the entire meal in banana leaves and cooking it underground. After dinner, a Chocolate Bunny, a delicious blended concoction of vodka, Baileys and Frangelico, is the perfect accompaniment to a Fijian sunset.

My bure was small and cozy. Tile floors led to a full bathroom with an outdoor shower, allowing me to gaze at the stars while I bathed. Meriam, my bubbly room attendant, was kind and giggly and she decorated my room with the brightest tropical flowers. Even Stan, my little stuffed duck and traveling companion, had flowers nestled in his fur.

I began each day by de-stressing with a book, sunglasses, and a beach chair, failing miserably to tan but relishing the warm sun. Yet as relaxing and as it is to do nothing, I was itching to explore. Waya Island has plenty to offer, and the Octopus supplies a range of activities for guests in search of adventure, including village tours, scuba diving, snorkeling, and fishing.

One night—over a dinner of steak medallions in a red wine sauce accompanied by a nice cabernet—it was announced that there would be a snorkeling excursion to a nearby island the next day to see the giant manta ray that lives off of Fiji’s shores. My dining companions immediately signed up. When would I ever have this chance again? I added my to the list: Alexa Trotta, Bure 12. Yes, the one with the flower-wearing duck.

I’m not the greatest snorkler—I get water in my goggles and tend to paddle slowly. But on the morning of our excursion, I was the snorkel Diva! I was determined to get a glimpse of the magnificent manta ray.

The abundance of colorful sea-life was dazzling; the clear water created optimal viewing conditions. Tiny blue electrified fish zoomed in and out of hiding; eels slithered along the sandy floor, and someone even spotted a shy octopus, holed up in a cave. Alas, the manta ray remained elusive. We scoured the area, growing weary. Just before our guides called us back to shore for a break, I heard a muffled cry: “I’ve found it!”

The rush of flippers, arms, and legs was overwhelming as we rushed to catch up to the ray. Swimming madly against the rough current, I was about to lose hope when our guides pulled up alongside us in the motorboat, threw down a rope, and told us to hang on. The next few seconds were a panicked blur as I struggled to keep my hold on the slippery rope as we flew through pounding waves.

Suddenly, before I could fathom what was happening, the strings on my bikini became detached. I watched, horrified, as my only layer of coverage was ripped from body and tumbled over the waves. I let go of the rope and grabbed my wayward suit.

It was at this precise moment that I looked down and saw him beneath my paddling feet. The ray, gliding effortlessly in the waters below, was at least seven feet wide, and a strikingly elegant silver and purple. I was mesmerized. It wasn’t until he passed and I looked up to see a massive following of swimmers heading my way that I realized I was half naked. I covered myself as best I could and reflected on my fleeting encounter with the giant ray—who apparently got the best show of all!

After our swim, my fellow divers and I enjoyed a scrumptious lunch of freshly caught fish smothered in coconut cream our multitalented guides had prepared. I felt tired yet satisfied—after so much excitement, it was nice to be lazy again.

In the days that followed, the friends I’d made on that snorkeling excursion and I drank our share of sticky tropical drinks. Together we attended a moving church service held in the local village of Nalauwaki. The service was packed and the day was hot and sweltering, yet the music that filled the humid air was so beautiful and eloquent that we forgot everything else around us.

Before boarding a plane back to the real world, I visited the famed Blue Lagoon, located at the northern tip of the Yasawas. The boat passed a variety of islands, some small atolls no bigger than a quarter mile, others larger and steeper and covered in fertile plant life. Almost every island boasted at least one or two resorts nestled on beaches or perched high on hilltops overlooking the ocean. Shining beneath the blinding sun, the Blue Lagoon held the clearest blue water I’d ever seen.

I hated to leave Fiji’s pristine, unspoiled waters and lush foliage, those days of blissful unproductiveness, and my long-faded tan. I look back fondly on those unforgettable moments on the small Waya Island, and I will always remember the people—and sea creatures—I experienced them with.

Some helpful hints for traveling in Fiji:

Because the Yasawas are remote, it’s important you bring everything essential that you need. Electricity and phone use is limited. Make sure that you have plenty of cash, as many resorts do not accept credit cards or checks.

Sunscreen is critical—sun exposure can be very harmful, particularly in this part of the world. To travel between islands, take the Yasawa Flyer, which runs daily from Nadi to Nacula (the northernmost of the Yasawa Islands), stopping at various resorts along the way. Tickets are $95 one way, per person.

Above all, when in Fiji, take the time to unwind and do whatever it is you love to do: romping in clear blue waves, fishing at sunset, or simply lying beneath the open sky reading your favorite novel. In Fiji time seems to stop. Or, as the locals put it, “Just relax—you’re on Fiji time now.”

For more information on how to get to Octopus Resort or any of the resorts in the Yasawa Island Group, as well as places to stay, check out Fiji Travel Vision. 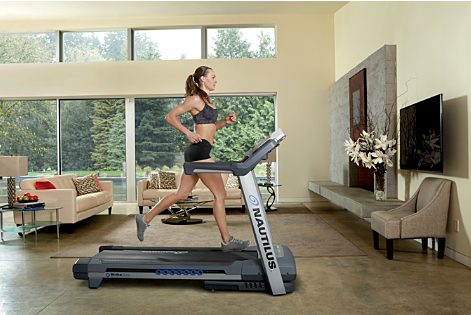 Getting Fit for Travel and Life: Nautilus T618 Treadmill Review

Give Her the gift of wellness: Save with Spa Week Discounts!