And it’s this fine art that we admire him for. His vibrantly colored, fluid and organized glass sculptures in complex groupings are usually the first things we think of when we hear his name. But did you know his artworks are shown in more than 200 museums worldwide, and in more recent years within the natural landscapes and glasshouses of botanical gardens?

You can visit his current exhibition in the glasshouses of the Missouri Botanical Gardens in St. Louis’s from now until October 31, 2006. You won’t be disappointed either. Over four dozen installations, comprising hundreds of pieces of glass, are dramatically displayed in one of St. Louis’ most historic cultural attractions.

Just take the Blue Chandelier, for instance: the magnificent sculpture suspended inside the Ridgway Center. This weighs 2,300 lbs and is 20 feet long by six feet at its widest point. Chandeliers are probably the most widely known of Chihuly’s works, and this one offers visitors a breathtaking first impression of “Glass in the Garden.”

Be sure to check out the Children’s Garden which takes up nearly two acres of space. Here you’ll find interactive themes of adventure, discovery and frontier settlements that bring 19th century history and botany to life for both adults and kids. Too, don’t forget the 14 acres of Japanese Gardens, one of the largest Japanese strolling gardens in North America. Alternatively, simply marvel at the Persian Arbor in the Temperate House with its overhead groups of curving forms with fluted edges. The colors are striking and definitely worth seeing.

While you’re in the area, go see the Gladney Rose Garden—the roses here were planted in Chihuly’s honor in 2004. You’ll notice that even the trellises around the garden haven’t been forgotten. The chandelier forms attached to these have been designed to pull your eye right into the far reaches of the gardens.

Plants other than roses, of course, haven’t been forgotten; this is, after all, a botanical gardens. You’ll find them mingled with Fiori (Italian for flowers) in Chihuly’s own interpretation of a Garden of Glass. Look for the Ikebana which represent the traditional art of Japanese flower arranging or the Reeds that extend up to 10 feet. Birds can be seen in Chihuly’s glass Heron creation.

And it looks like those glass birds could take off at any moment and fly around these gardens which are themsleves steeped in history and accolades. They won the “Garden of Excellence” Award in 2004 and now operate the most active tropical botany research program anywhere.

One of the oldest botanical gardens in the US, they were originally given to the people of St. Louis by Henry Shaw, an Englishman who landed in the river town of St. Louis where he successfully opened a business selling hardware and cutlery. With his strong interest in botany and gardening, he decided to give the people of St. Louis a garden like the ones he knew in Europe. But more than a public park, he wanted his gift to be involved in scientific work. Today, thanks to his legacy, the park operates the world-famous botany research program.

And Chihuly has enhanced the legacy by bringing them to life in another way—with his sculptures. But who is this fascinating man, exactly? Dale Chihuly (Chi-HOO-lee, the name is of Slovakian origin) was a student of interior design and architecture in the early 1960s. By 1965 he had become captivated by the process of glassblowing and enrolled in the Unviersty of Wisconsin’s hot glass program, the first of its kind in the United States. After obtaining a degree in sculpture, he went on to establish the renowned glass program at the Rhode Island School of Design and turned out a generation of recognized artists.

But Chihuly no longer blows the glass himself. After an injury that left him blind in one eye, the artist now wears an eye patch and has his teams of artists blow the glass and build the sculptures for him, but this doesn’t detract from the artwork being spectacular.

His works display his early fascination with the flower forms he saw in his mother’s garden in Tacoma, Washington. He was also influenced by the sea and understood its importance to the economy of the Pacific Northwest. Some of this is reflected in his Niijima floats on display—large glass spheres that remind Chihuly of the fishing floats he used to find as a boy in the Pacific Northwest.

Niijima is also an island in Japan where there is a glass studio now run by two of Chihuly’s former students. The boat you’ll see in the garden filled to overflowing with glass was actually a submerged wooden rowboat Chihuly’s team found and decided to add to the display.

The artwork ranges from birds to flowers to boats to…onions! Onions? Why not? Don’t miss the Walla Walla Onions. These vividly colorful spheres bob gently on the three reflecting pools in the Garden, their pointed tips making them resemble their namesake: the famous sweet onions of eastern Washington State.

And although the glass in the onions looks fragile, it is in fact quite sturdy. Touch a sample of it as you walk in, the docents will offer it to you. When it’s made, the glass is cooled slowly in an annealing oven, which strengthens it and prevents it from cracking and shattering. It IS glass though, so it CAN break. But not without a fight—a Chihuly exhibition at the Atlanta Botanical Gardens even weathered the fury of Hurricane Ivan.

Most of the work you’ll want to see however is inside the Climatron and the Shoenberg Temperatre House. The Climatron provides the visitor with an introduction to the rain forest. Built in 1960, the Climatron is actually the worlds’ first geodesic dome greenhouse and here you’ll find a lush lowland rain forest, complete with waterfalls, tropical birds and some 1,500 rare, fragrant and interesting plants. Some of the palm leaves here are over 16 feet long (this lets them absorb more sunlight).

You’ll even learn which of your favorite foods come from the tropical rain forest: chocolate, cashews and chewing gum being just some of them. In 1976 the Climatron was named one of the 100 most significant architectural achievements in United States history.

So smell the sweet air as you walk through the lush, warm Climatron rain forest and feast your eyes on colorful sculptures that spring up at almost every turn, amid tropical cycads, orchids, banyan and palm trees.

It’s interesting that Chihuly has chosen the glass areas of the Botanic Gardens to display his own works of glass—a sort of “glass under glass”—where natural sunlight enhances the translucent and transparent qualities of the sculptures.

But if you prefer artificial rather than natural light with your art, go along on a Thursday evening between 6-10 pm when you’ll see dramatically lit views of the glass at night. Enjoy glass-blowing demonstrations by the local artists from the Third Degree Glass Factory. There’s also music, a cash bar and dining.

If all that walking is too much, however, then consider taking the Tram Tour: the 30 minute narrated tour of the 79 acre Garden is worth every penny of the $3 just to save your legs!

Weekend admission is $16 for adults and $3 for children. An extra $6 is charged for the Climatron and Shoenberg Temperate House Monday to Thursday and $8 on the weekend. Buy a ticket in advance as capacity is limited.

For futher information on this spectacular exhibition see: www.mobot.org 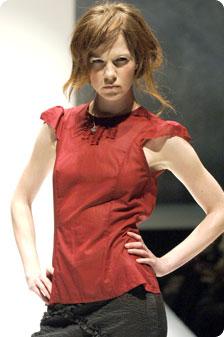 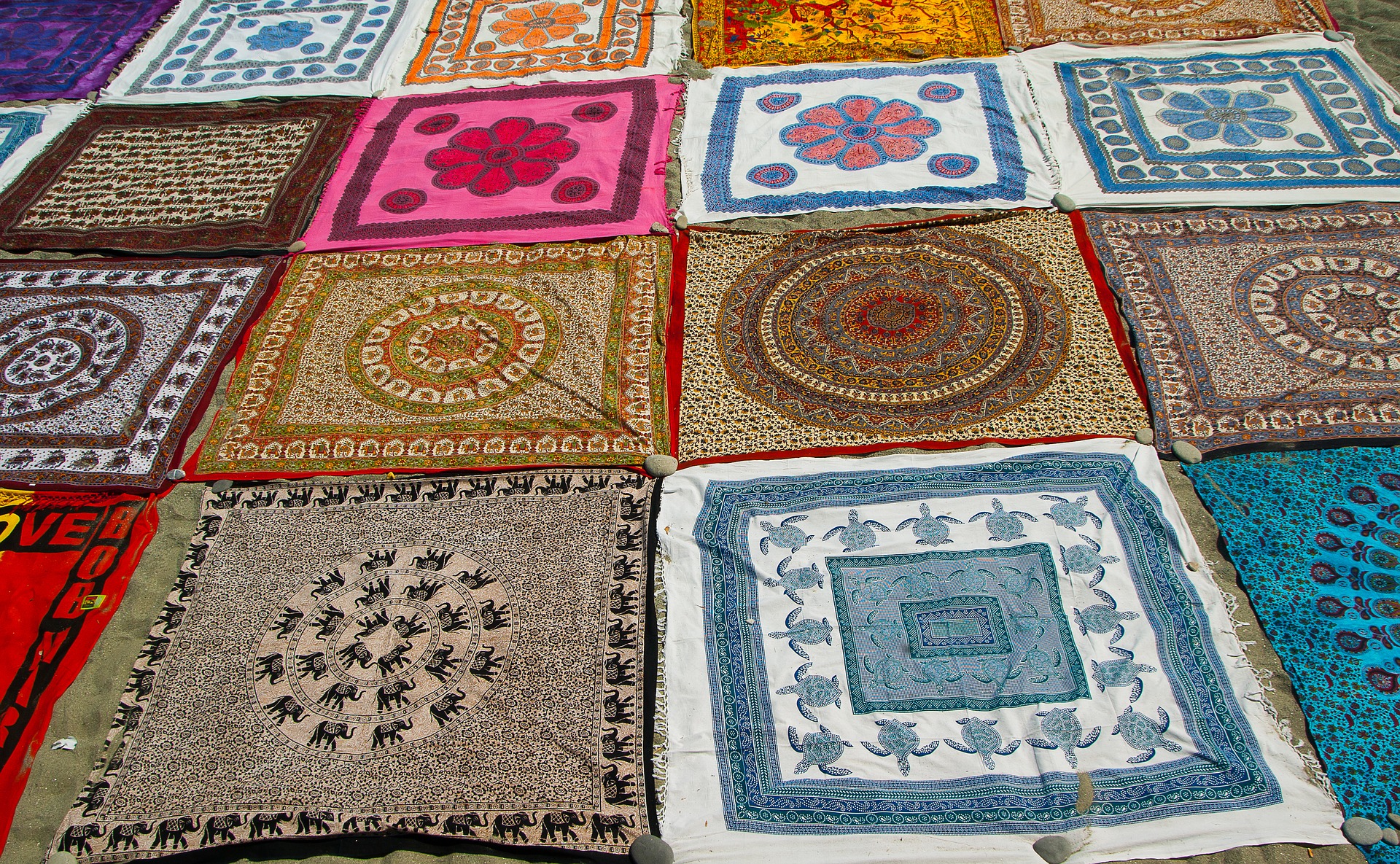