Stranded at Sea: Anything But Triumphant 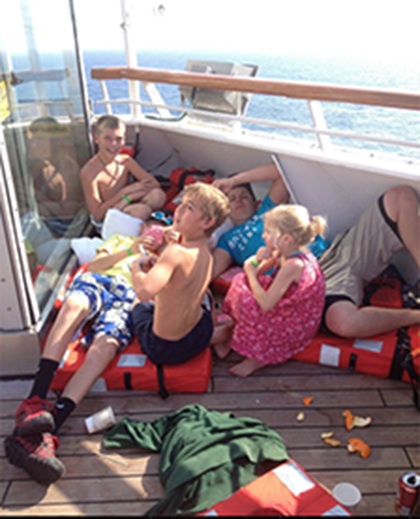 Waking up to the smell of fire and seeing black smoke billowing around you is never an optimal wakeup call, especially onboard a cruise ship in the middle of nowhere with 4,000 people neighboring nearby.

While many people outside the Carnival Triumph have speculated for days as to what was really going down on the ship, I’m going to give you a firsthand account of the severity of the situation, and do my best to highlight some positives. Because it seems the positives have been omitted from every single news interview I’ve done since landing in the lovely land of Mobile, Alabama. Take every idea you had about a vacation and throw it out the portside window. The trip was supposed to be a celebration for Ashley Riggs as her bachelorette party, but let me be clear; Bridesmaids and Kristin Wig have nothing on this experience. No booze, no power, no hot food, sporadic showers and no privacy.

Around 4am Sunday morning, two engines caught fire causing the alarms to sound and panicked guests instructed on the ship’s portable PA system to grab their valuables, orange life jackets and sprint to their designated muster stations. Shortly thereafter, our Cruise Director, Jen Baxter, came on the loud speaker in her lovely British accent announcing for us “not to panic” explaining there was a “small engine fire that is under control.” That was the beginning of four-days stranded at sea, in the middle of nowhere, without power and utilizing everything we’d seen previously on various Survivor seasons in order to keep our immune system and sanity in tact.

You know you’re in trouble when the cruise director makes an announcement via the PA system on how precisely to “go #2” in her ultimately proper British accent. While everyone else stateside was seeing red in the form of flowers and candies in honor of Valentine’s Day, the color and Hallmark holiday meant something totally different to those on board. In the form of red plastic bags containing human waste. Where’s the Hallmark card for that? Or at least a someecard?

For more than 96 hours, our party of ten plus 4,210 complete strangers resigned ourselves to using red plastic bags to deposit our wastes and leaving them in the hallway for the stewards to dispose of. Dallas resident Holly Durham explained, “Going #2 in red bags certainly tops out my inconveniences.” Notice she said inconvenience and not lawsuit.

Toilets were overflowing, hand sanitizer quickly became a commodity and the media stalked us and our families like Princess Diana in a Paris tunnel, except we were in the middle of the ocean, and surely not royalty. Just a group of ten women, all stopped up thanks to the genius one in our group who packed immodium to aide us in steering clear of said red bags.

The worst thing about this debacle was the unknown and unreliable timetables. Everyone has a different story to tell from the eight-day experience, and sadly I don’t think anyone has the real story or at least the complete story. After all, that is what news and media is about, yes? Whatever Jen said via the PA system, we quickly learned to prepare ourselves and add 4-6 hours to that timetable and keep the emotional breakdowns to a minimum, or at least alternate within our group so as not to all be a big hot smelly mess.

My vocabulary also improved while on board. A running joke with passengers revolved around the word “brilliant,” which is how our cruise director described just about everything – including “going poo in a red bag.” I promised my comrades that I would send Jen a thesaurus once we reached land, and I’m currently in the process of locating her mailing address.

Also, the term “listing” was a huge topic. Listing is when the ship leans to one side, which, once we lost power, we started to lean (er list), heavily. The announcement claimed we were leaning a mere 5 degrees, but according to the level app on another passenger’s iPhone, it was closer to 19 degrees, which means not only did it feel like we were walking through a fun house (how ironic, right?), but that the overflowing toilets and sewage were spilling out and sliding throughout the deck floors creating an ultimately unbearable smell.

And while the majority of the 4,000+ people on board were quick to describe the desolate and unsanitary conditions on the ship, there is more to the story. For starters – this experience has restored my faith in humanity (note, not boats, but people). Many of the passengers were traveling with infant children, elderly, and disabled individuals. I ran across one man from Houston who was on board with his wife and teenage daughter who has cerebral palsy and is confined to her wheelchair. This man had to carry his daughter up and down the stairs as all the food and water was served on the Lido Deck (9th level), but he mentioned how thankful he was for all the strong men around helping him lug the wheelchair up and down those winding flights of stairs.

And the stories get nicer. On Wednesday night, the ship had “movie night” but unfortunately wasn’t wheelchair accessible so he came to plug his daughter’s video player in to charge and multiple folks offered to unplug their desperate charges to let her watch her movie. Keep in mind, we had waited HOURS to plug our own phones in, but multiple strangers willingly unplugged for this family. People were walking around offering to get food to the elderly stuck on lower levels and one of the women in our party, Rachel Laughlin of Lumberton, TX made it her mission to go check on Mr. and Mrs. Barnett located on the second floor each and every day like clockwork. She wasn’t being paid for it, nor were there camera crews documenting her sincere level of humanity – she did it because she’s a sweet and genuine person raised the right way.

The first ship that came by to drop off provisions allowed for many of us to ping off their cell towers and call loved ones. Thanks to AT&T who suspended my phone during the trip because of “excessive international use”, I was unable to make calls, send texts and the like and a complete stranger with barely any battery left on his own phone, called home for me. This was before we knew we even had a way to charge phones.

Although many would love to believe there were fights and island vote-offs on the ship, it was really quite cordial, given our circumstances. But the media doesn’t want to hear any of that, because it’s not enough of a Lifetime movie for them.

The Triumph took “sleeping under the stars” to new meanings as we slept in “tent city” for three nights using our ripped up bed sheets and robes to keep the sun from frying us during the day. We slept on uncomfortable sun deck lounge chairs day and night and once rain hit, we moved inside to the common eating area. Our bedroom was other people’s dining room and we made do with what we had. One night at the late hour of 9pm while our group was trying to have fun with some random card game (cards courtesy of Carnival!), a man who was also in “our house” asked us to keep it down as his group was trying to sleep. We obliged because it was polite, and quite frankly, we got bored. The next morning he thanked us. You show me a place on dry land where one adult thanks another adult for simply being courteous?

I had the chance to speak to Colton Gibson and Joley Jackson, both from the Houston/Beaumont area who were so incredibly well behaved throughout the entire eight days. Colton and Joley said they played cards, practiced dance moves to Gangham Style and even took time to practice math problems for good old fashion fun. I overheard “I bet you don’t know what 10 times 10 is?!” but neither Colton or Joley would admit to it as I was piecing this story together.

Once back in Houston at the NBA All-Star game, I had the chance to reach out to and meet Micky Arison, CEO of Carnival and owner of my Miami Heat. While many thought this was weird and have criticized him on various social media channels, Arison was genuinely sorry about the ordeal and even let me tease him a bit as I thanked him for my new tan. Arison has since reached out to me checking to see if my group has recovered and if there was anything he could do.

At the end of the day, or week if we’re being technical, I may walk away with some contracted diseases from faraway lands that luckily modern day medicine can cure, but my faith in humanity has been restored and that’s the positive I will take away from this nonsense. And of course the fact that this was my first and last cruise. 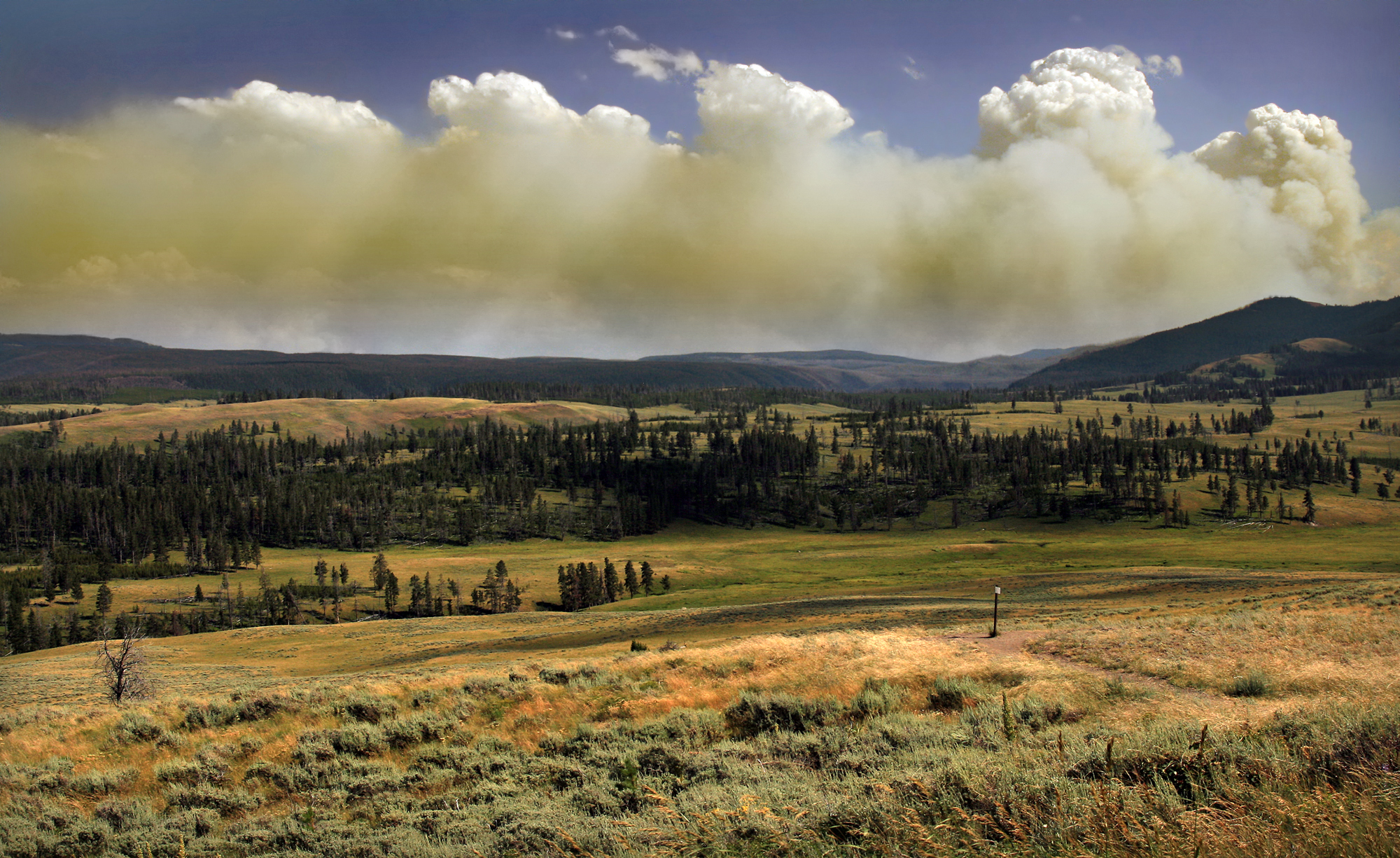 1 thought on “Stranded at Sea: Anything But Triumphant”