Not All Asses Were Created Equal 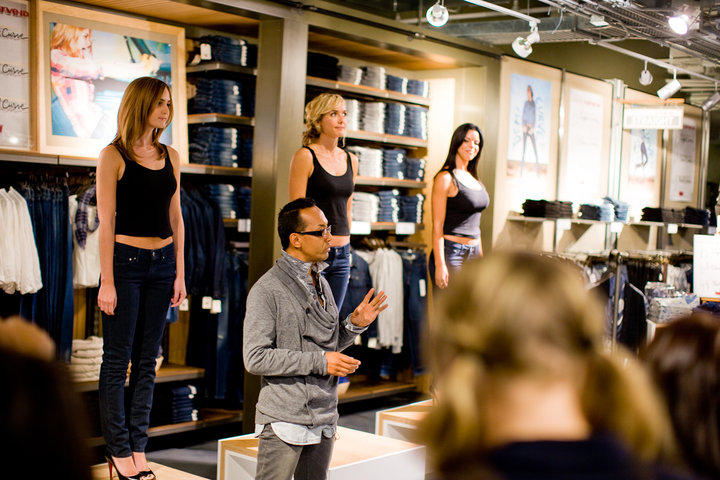 Yes, it’s a painful truth that not all asses were created with the same je ne sais quoi as J Lo’s. And because of that dreadful truth, ladies like me avoid the wearing of jeans – except those really hot ones that I buy in Stockholm. But, since I don’t get to Stockholm very often, I was hoping to find a jean that would actually fit my truck. You see. I don’t got a big truck, but I don’t really have a cute, sexy waste either. So wearing jeans while traveling has been totally out of the question. Well, until now.

I went on over to the Levi’s store in San Francisco where they were hosting a private party with Levi’s SVP of Women’s Design, You Nguyen. It was super cool because they had three different women who had a size 27 waist, but the amount of junk in their trucks were completely different. One girl had legs that could wrap around the moon, while another was a bit short and athletic. So, You Nguyen explained why ladies like me don’t wear jeans very often – and definitely never on a flight somewhere. It’s because our asses don’t fit the jeans we are wearing.

So, I had someone from Levi measure me, and I ended up being measured as a “Demi Curve.” After a few rounds of trying on jeans, I found a killer pair of rock star Levi’s that fit me like a glove – oh and did I mention – they are size 26. Hell yeah!

So now when you see me strutting through the airport, you might actually see me in a pair of jeans that don’t give me a plumber’s crack when I sit down. At last.

For more information about where you can get your pair of jeans click here.