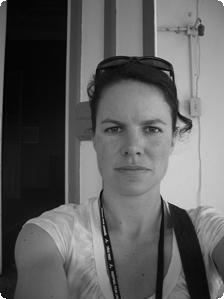 The all-women band Zili Misik is based in Boston and only occasionally tours outside New England, but each of its song takes the listener on a long voyage through a spectrum of musical styles, and even languages.

The band’s name comes from the strong female Haitian spirit Ezili, and Haiti has the strongest presence in Zili’s songs, but the eight-member band’s focus is much broader than that.

That’s bandleader Kera Washington. Washington says such music has a particular resonance with her as an African American, but she defines African Diaspora in the broadest way.

Washington: All humanity started in Africa, so we’re taking humanity as an African Diaspora.

In addition to Haiti, Zili’s songs use musical styles from Ghana, Uganda, Zimbabwe, Cape Verde, Brazil, Cuba, Israel, and the US.

Zili band members have eclectic musical backgrounds, and roots in the US, Trinidad, Japan, and the Philippines. English is the native language of all the band’s vocalists, but listeners are often fooled.

Washington is from California and grew up moving around the US with her academic mom. Her mother got her into music early – piano, flute, choir; she even played the bass for a bit. At Wellesley College, she took music classes, but something was missing.

Washington: I loved them, yet the music that I wanted to study wasn’t always included in those classes. The music that I was most interested in, this music of the Caribbean, folkloric music of the Caribbean was taught in the black studies department, so I went and tried to find out why, and in talking to one of the professors who became the chair, he told me about ethnomusicology and how I could study this music as music, as part of the music department.

Washington: When we first had those classes, he told me you can’t understand music unless you’re inside it, unless you play it, unless you experience it that way, and walk around campus walking in rhythm, you know? And having three or four different rhythms in your head at the same time. You hear things differently. You understand life differently.

Fleurant taught Washington percussion, which she now plays for Zili, and a fascination with Haiti.

Beyond Haiti’s extraordinary history, including a successful slave revolt that made it the world’s first black republic, Washington pays tribute to its contribution to the arts. As a graduate student at Wesleyan, she wrote about studying Haitian sacred music in a secular context. Then, as a PhD student at Brown, she researched a Haitian dance and music pioneer, whom she visits from time to time on the outskirts of Port-au-Prince.

But even under the tutelage of Fleurant at Wellesley, Washington’s learning went well beyond Haiti.

Washington: So it started out in Haiti, but then we learned in my study with him about connections that Haiti had to all sorts of musical styles you wouldn’t think of, and that opened up my study of ethnomusicology and connection to other musical instruments and eventually led to Zili.

Zili formed nine years ago, when Washington found the rest of the band through Craigslist and Berkeley School of Music. But the influence of Fleurant and those early days at Wellesley is still evident in Zili’s new album, which is called Zee’lee Mee’seek, spelled in English phonetics.

Washington: People really respond to Erzulie, which is funny because it’s the oldest song that we have. I mean that’s the song we started with when we started nine years ago in my living room, you know in Jamaica Plain, in my three-room apartment. We started jamming on Erzulie because it’s the first song that my professor, Gerdes Fleurant, taught me, you know, Erzulie, oh, Erzulie so, mwen pa genyen mama, mwen pa genyen papa. Yon sel petit la mwen genyen. Li tombe nan dlo.

Washington: That’s the song that I think people respond to, Erzulie, on this album, also Justice, which is an epic. Laught, it’s almost 9 minutes long. It starts out with a song from Zimbabwe, Nhemumasasa, so it uses the mbira.

And then by the end of it we’re in the land of reggae, so it travels many different places.

Washington: Our songs are political, our songs are historical, and they have to do with love but they’re not necessarily love songs, so to have a song like Kuma that speaks directly to love, or falling in love… how do I know that I love you? I feel it in every beat of the drum. I feel it in your smile, every line of your smile that I know is yours, you can continue to look, but you know you’ve already found love. It’s not a typical Zili song.

This love song, which is about Cape Verde, grew out of a trip Washington took there on a grant for educators. She currently teaches integrated arts at a Boston public elementary school, and is on faculty at Wellesley as a dance and drum ensemble director.

Washington has been musically inspired by her travels to Africa, South America, the Caribbean, and Israel’s West Bank. Influences have also been brought by band members’ travels and contact, locally, with musicians from around the world.

Washington: We want to combine all of these musics to provide a reconnection, to create a community that is heard in the music so that it’s not lost, it doesn’t become a stew, where you can’t really identify different musical styles but that you begin to hear all these different styles bumping up against each other and moving together.

This method of using multiple musical styles, in a way that shows parallels and distinctions does elicit curiosity about their origins, which is kind of what Washington is going for.

Washington: I like that people can see themselves in this music. I also like enjoy that when people who have no connection to Haiti, to Cape Verde, to Brazil, to California, that they feel that connection and it encourages them to go and find out why, find out about the music, find out, outside of Zili, where it comes from, why are people involved in it, what’s it performed for, what’s the tradition, what’s the culture, what’s it like?

Listen to a sample here.

About the Author:
Amy Bracken is a freelance print and radio journalist based in Boston. Her beat is international news and music. She travels frequently to Haiti, where she has done most of her reporting. Her byline appears in The Boston Globe, The New York Times, The Christian Science Monitor, and many other publications. Her radio stories can be heard on BBC-PRI’s The World, World Vision Report, and NPR. She is excited about the possibilities of online multimedia journalism. 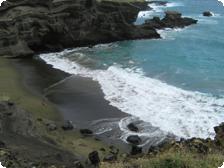