Like many Caribbean islands, St. Lucia is a beautiful tropical destination with picture perfect bleached sandy beaches accented by a salty turquoise-green sea and a deep blue sky. St. Lucia is not only known for its beautiful beaches, but this piece of paradise also boasts rainforests, mountains, volcanoes, waterfalls and sulfur springs that blend together to define the lush landscape of this tiny, magical island.

Seeing it all from the back of an open-air Range Rover—led by a local with a contagious smile and a load of charisma—is the perfect way to immerse yourself in the sights, sounds and culture of this island.

I booked our excursion with Jungle Tours after reading online reviews from cruise-takers who highly recommended their intimate, off-the-beaten path adventuress. At $95 per person, I decided to take the dive and made reservations to surprise my now-fiancé and co-globetrotter. That money proved to be the best investment of our trip as our time on St. Lucia was the highlight of our seven-day Caribbean cruise.

Upon arrival in St. Lucia, our tour guide Shal met us at the port in the capital city of Castries. As we hopped into his camouflage-painted open-back Range Rover with another couple from the ship, Shal set the tone for the day by singing loudly to a mix of Jimmy Buffett, Bob Marley and oldies favorites, blaring loudly from the speakers as we wound around curving mountain roads. He passed out drinks from a cooler full of delicious, cinnamon-spiced rum punch and local Piton beer among other choices to keep us cool from the hot Caribbean sun.

Our first stop was a roadside fruit stand. There, one of Shal’s many acquaintances deftly removed the top of a coconut with his machete before handing it to me to sip the sweet coconut milk. We sampled tart starfruit and fresh coconut meat while overlooking the beautiful view of the coast below. We would be in for many of these breathtaking sights throughout the day while we traversed the winding west coast road that overlooked beautiful bays and quaint, colorful fishing villages.

After off-roading through vast cocoa and banana plantations that appeared to go on for miles, we finally arrived at our first anticipated destination. We hiked through the rainforest until we reached River Rock Waterfall. A cool rushing tower of water—that feeds into a pool at its base—awaited us. We eagerly jumped in for a swim. The cool water on our skin was soothing and indulgent after a hike through the jungle. Shal let us sample more local flavors including pineapple, which was the sweetest I have ever tasted. After climbing the rock face of the waterfall for pictures, we hiked back to continue our excursion.

Next we passed a roadside bakery where Shal picked up some fresh-made cassava bread for our lunch, which we later shared on the beach. The smell of it made my mouth water in anticipation and hunger for more tastes and sights of the island.

Our small group readied for the next attraction, the world’s only drive-in volcano. It’s just as it sounds—we literally drove up to the volcano before getting out to climb sets of wooden steps for the best view of the steaming, bubbling mud pools in the crater below. While tourists used to be allowed to walk among the steaming craters, the area was now roped off for safety measures following an incident where one unlucky person accidentally fell inside one of the boiling hot pools. The strong sulfur smell aside, it was fascinating to view a volcano in such close proximity.

Onward bound, we stopped to have Shal give us a lesson in harvesting mangoes. Since the mangoes closest to the ground had already been picked, Shal grabbed a close-by rock and flung it high into the tree branches in the hopes of knocking one from its limb. He repeated this over and over without success. While we didn’t get to try the ripe fruit, an even more delicious meal lay ahead.

The Grand Pitons—the iconic landmarks of Saint Lucia—were finally in full view. They had grown larger and larger as we wound closer to them throughout the day’s journey. Now the Petit Piton, the smaller of the two mountains, towered above us. It was a spectacular sight to see the magnificent craggy mountains jutting out of the sea and into the sky and clouds above.

Our lunch spot at The Still Plantation and Beach Resort had a quaint beach-side dining area, and we were able to swim in the bay while lunch was prepared, drinking in the beautiful scenery around us. Of all of the Caribbean beaches that we saw during our cruise, this one was our favorite.

For lunch we enjoyed a buffet of Caribbean delights ranging from spicy to sweet, including plantains and jerk chicken along with a few seafood dishes and tasty, doughy cassava bread. We listened as Shal told stories about how he had climbed to the top of the Pitons seven times, once even spending the night atop the peaks under the blanket of a starry night sky. He promised to take us to the top if we ever returned to his beloved island.

It was hard to part with this newly discovered piece of heaven on Earth. While we knew a scenic ride back to the port was still ahead, we longed to see more of the island’s intoxicating secrets.

In less than a day we’d witnessed not only the island’s natural beauty, but also glimpses of local culture and life. An elderly lady offering her stock of cinnamon sticks, cocoa and spices for sale. A group of young children leaving the schoolhouse in uniform. A stoic fisherman casting a line and hope into a green, glassy sea. It was as though we had peeked into the looking glass of a whole new world just for a short time.

Unforgettable, stunning and—at times—surprising, our adventure on St. Lucia is one that can be enjoyed by all with a love of traveling no matter your age, whether you’re traveling solo or with a companion. If you have a mind and heart open to possibility, your guide will give you all the rest you need for the ride of your life.

Shannon Connell lives in Charlotte, NC and is a recent college graduate of the University of North Carolina at Chapel Hill, making her a diehard UNC basketball fan by default. By day, she works as a public relations and marketing specialist at Presbyterian Hospital. At night she loves to cook, blog, work towards her dreams of writing a novel and dabble in wedding planning (still a couple years away). 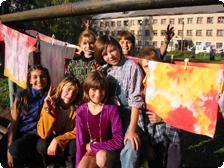