Inspiration: My “Year Off” 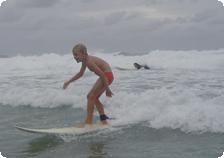 A young local catches a wave

Suited up and ready to surf

The leaning tower of Pisa

A rip at Manly Beach

The duomo in Florence

The whole group in Venice

A young local catches a wave

Karaoke at my favorite bar in Manly

The Bridge of Sighs, Venice

What was supposed to be a “year off” turned out to be the most challenging, inspiring, and awakening year of my life.

I bit the eraser of my number two pencil and looked down at the test. I knew that it was a lost cause, no matter how long I stared at it. I could feel the anxiety of the surrounding students, guarding their tests with their hunched-over bodies and diligently filling in countless circle answers with such force that their pencils left jet-black marks. I wondered what would happen if I didn’t get one answer right.

Only months earlier, I was surfing in the waters of Australia. Now it was the first week of my freshman year. I was sitting in a college lecture hall, taking a math placement test. It had only been a year since I had been in school, but it felt like a lifetime.

When I decided to take a “year off,” as gap years are often called, I made a list of all the things I wanted to do, see, and learn. Despite my parents’ objections, my top priority was surfing; despite having only surfed a few times, I knew that this was my perfect chance to learn. After searching online for surf programs in various countries, I chose a program called Flying Fish, which specializes in international sail training and provides teaching certifications for sports like snowboarding, windsurfing, dingy sailing, and surfing in various countries. I chose their program in Manly Beach, a suburb of Sydney, Australia.

After a grueling series of long flights, I arrived at the Flying Fish house, a rickety, sand-filled two-floor unit comprised of three apartments and strewn with surfboards and soggy beach towels. The house was a block up from the main beach in Manly. There were eleven other people in the house, all of whom were British and taking their expected gap year after high school. As an American, I was a novelty to them, and within a day, my nickname became, simply, “America.”

Everyone in the house was either in the surf, windsurfing, or sailing program. The surf program included me and three boys, two of whom were already competent surfers. Each day, we spent a total of seven or eight hours surfing, with a break for lunch. At night, we had fitness training with a running coach or swim training with an ex-Olympic swim coach. Despite my growing strength, surfing remained a challenging feat.

The first few weeks were spent dragging nine-foot soft-top boards through the sand and into the water, where I would collapse onto the board and paddle in uneven strokes over breaking waves that continuously pushed me backwards. Once past the break, I would sit up on my board, panting, and watch the sets of incoming waves. Just as I thought I was too late to catch a wave, one of our young, tanned, Aussie instructors would yell, “paddle! paddle!” and I would swivel around on my board, pumping my arms through the water as hard as I could. I would feel the wave rise underneath me, and if I had caught it, my board would lift up and immediately fall under the control and speed of the wave. Placing my hands firmly on the edges of the board, I would swiftly bring my legs in and stamp my feet on the board, keeping my body bent low and my arms out for balance. Usually, I would stand or lean too far forward, causing myself to “pearl,” or fall off in front of the board. The wave would crash over me and my board leash would snap forward. Other times, I would lean too far back, causing myself to slow down and lose the wave completely.

My first real ride happened on a cold, rainy day at a nearby surf spot called Curl Curl Beach. I woke up that morning to the unusual sound of rain and the piercing of a chilly draft, and after considering the possibility of staying in bed, I begrudgingly pulled on my damp wetsuit. The air felt colder than the water and the beach was almost entirely void of people. The waves were choppy and the spray blinded me as I paddled out. After a few wipeouts, I began my routine of swiveling around on my board and paddling when I saw a steady looking wave coming towards me. Once I caught the wave, I stood for about two seconds, expecting to fall off like I normally did. But I found myself planted firmly on the board, moving swiftly into shore on the wave. I rode the wave all the way in until the board slid up on the sand, finally coming to a halt, feeling triumphant, strong, and awakened. After that first ride, I started to crave that feeling all the time.

That was the first day that I began to truly love surfing, but it was also the first day that I started to understand the value of my gap year. During my first few days of surfing, my constant discouragement made me wonder if my year had been a mistake. I felt as if I was lagging behind all of my classmates, missing out. But the sense of confidence I felt from catching that first wave was something that no academic achievement had ever given me.

I spent the rest of my time in Manly Beach perfecting my surf skills, exploring Sydney, and forming friendships with my British roommates. I spent a week traveling up the coast by bus on a “surfari,” stopping each day at a different surf spot and ultimately ending at Byron Bay. Just as I was becoming a confident surfer, it was time to leave. I desperately wanted to stay in Australia and continue surfing, but I was already signed up for a six-week trip through Italy to study art history, so I packed my bags and headed north.

Art History, though much less extreme than surfing, was another budding passion of mine. I chose a program called Art History Abroad, which specialized in educational and cultural trips for young adults. I met up with my group, which consisted of about 25 other students, in London’s Heathrow airport. This time, there were two other American students, while the rest were, again, all British. We flew to Venice together to begin the trip.

There was practically no time wasted throughout the entire six weeks. The trip was divided into stays in Venice (10 nights), Verona (4 nights), Florence (10 nights), Siena (4 nights), Naples (4 nights) and Rome (10 nights). We also made day trips to Padua, Vicenza, Pisa, Arezzo, and Herculaneum, among other places. Accommodations were in quaint hotels and we ate meals at authentic spots that our experienced guides recommended. Each day was divided into a morning and afternoon tutorial session with our guides, in which we would visit up to four different sites, ranging from famous museums to hidden churches to a specific column in Saint Mark’s. Despite the overwhelming abundance of learning, I realized how much more effective it was to see things in first person rather than to just read about them in books.

Every single day, we saw something amazing. Some of the highlights of the trip included: a private viewing of Leonardo da Vinci’s Vitruvian Man; a private, half-hour inside the Sistene Chapel; discovering Caravaggio’s life and art; seeing Bernini’s Apollo and Daphne; sitting on Rome’s Fountain of the Four Rivers, under the sun. The trip awakened within me a new love for art and history, as well as a new appreciation for the art resources available in my hometown of Boston.

Returning home from my travels was an immediate relief. I had missed the smell of my house and the comfort of my own bed. I spent the first few days at home simply decompressing from all my travels; it took me almost a week to empty out my suitcase and throw all the contents in the laundry, and even then, it was hard accepting the fact that I had to literally wash away the Australian water from my bikinis.

Once I had settled in, I began an internship with a public radio show and blog on politics and current events, which I returned home from nightly feeling tired and mentally drained. Several nights a week, I attended a pottery or jewelry-making class. I also spent a lot of time at home with my parents. I became interested in cooking and would often make them experimental meals, which they kindly consumed. I grew a strong appreciation for free time and for family, both of which were things that, throughout high school, I could rarely handle, let alone value.

When I finally did start college, I knew that I was unprepared in many ways. Of course, I ended up doing poorly on that math placement test, just as I thought I might. A year earlier, this would have hurt my pride and I would have tried to somehow improve my grade. But after having conquered the waves of Australia, been so close to the Vitruvian man that I could have touched it, and met countless friends from around the world, a little math test seemed pretty trivial. That day, when I looked around at the other students, filling in their correct answers, I actually felt an odd sense of pride in my own apparent inability. I realized that my gap year hadn’t been a year off at all. It had, in fact, been the most active and awakening year of my life, and one that made the rest of my college experience, and life, that much more meaningful.

For more information on Flying Fish, visit their Web site. 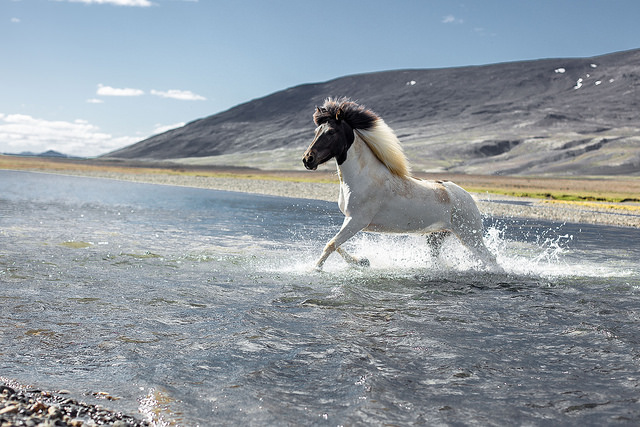