“I think that I shall never see a poem lovely as a tree.”

Alfred Joyce Kilmer’s Trees has been a bit of a joke in my family ever since one of my brothers, then a shy teenager, was coerced into reciting it in front of our church’s congregation. We were young and couldn’t see past the horrors of public performance. We didn’t have the time or inclination to study the poem.

But now, in my thirties and shamelessly sentimental, I find myself returning to the poem. Trees have offered me that same solace, inspiration, and awe that they gave Kilmer, decades ago. Everywhere I go, I am drawn to them. I walk among them, touch their trunks, look up at the sky through their branches to see their aspirations and down at the forest floor to see their roots. I step back to regard them in full and put life into perspective.

And although one’s mind might immediately leap to the exotic trees found in remote jungles and rainforests, the fact is that some of the most dazzling, most resplendent trees can be found in the United States. Two months ago I visited northeastern Pennsylvania for the first time, for a writer’s workshop sponsored by the Highlights Foundation. I arrived late at night, slipped into the quilt-covered bed in my cozy cabin on the property of the magazine’s founders, and awoke the next morning to meet the Pocono Mountains staring down at my little bungalow. The morning light, unobstructed by the leafless branches, was startling and gray-white. The trees of the Poconos were slender and evenly-spaced. Watchful. Patient. As if they knew I had a workshop that morning and were content to wait until I returned. What are a few hours to a tree? Nothing.

And return I did, that very afternoon, when the temperature had crept up enough degrees to make a brisk walk pleasant. Tennis shoes scrunching through moist fallen leaves, breath puffing out in front of me, I walked along the trail that snaked its way through the silent woods. I sat on a felled log, praying I wouldn’t be greeted by a reputedly timid local black bear. It was the first time in months that I had allowed myself to sit still, mid-day, and just think. The trees seemed to demand reflection, and I acquiesced. I returned to my cabin an hour later and wrote, free of mental obstruction.

But I don’t have to venture so far from my home to find solace among trees. Twelve miles north of San Francisco’s Golden Gate Bridge, at the end of a slightly hair-raising, winding road, is Muir Woods, a 560-acre national park of redwood trees and six miles of trails. Twelve miles from the City, and light years away.

Unlike their east coast counterparts, the redwoods in Muir Woods are green and lush year-round. When we arrived on a rainy January afternoon, the sunlight, forced to push its way through the leafy canopy, was diluted, soft. The trails beckoned, and we walked, humbled, among the giants. The air was clean and crisp. An occasional wind tickled the tree branches and impromptu showers rained down from the leaves.

Before one grove was a plaque marking the site where, in 1945, delegates from 50 countries convened for a commemorative ceremony in tribute to Franklin Delano Roosevelt’s memory. The redwoods were around for this event. And many others. They average between 600 and 800 years old.

Like Kilmer, I can’t resist a little anthropomorphism at this point; so please bear with me. Because these redwoods were, of course, beautiful, they also seemed strikingly wise. I felt not only physically, but mentally and spiritually dwarfed in their presence as did many of the other visitors, apparently, because a number of them whispered as if they were in church. I imagined the trees indulging me–indulging all of us–during the day and getting down to worldly business at night–their own united nations.

Closer still than Muir Woods is the San Francisco Arboretum . Before I bought Mike Sullivan’s Trees of San Francisco, I admit I hadn’t bothered to look up too often while hoofing through the City’s streets. But the book, which offers details and pictures of seventy of the City’s best representatives and walking tours of many of its neighborhoods, insists that one looks up.

One day, I looked up the walking tour of the Mission district. Because it has less wind and fog than much of the City, the Mission hosts trees that can be found nowhere else in San Francisco. It has no redwoods, to be sure, but it does boast many other fine-trunked and fancy-leafed specimens: jacarandas, ficus, elm, gingkos, and, of course, the lovely California fan palms in Dolores Park. The trees–some native, some transplants–mirror the amazing diversity of the City.

On my walk, I met a woman, just returned from walking her Springer spaniels, whose front yard hosts a carob tree. We chatted about the history of the trees in her neighborhood, and how, years ago, they were allowed to choose which ones they wanted the City to plant. She was surprised and, I think, a little touched, to find her tree featured in the book. A homeless man seated under a Spanish chestnut found the source of his shade as spectacular as I did. He saw me flipping through the pages and asked if I would tell him a little about the tree above him. Other people shot me curious glances, wondering what the hell I was looking at. Perhaps I inspired them to look up rather than stare at the gum on the sidewalk or the asphalt beneath their feet. Or perhaps they just thought that I was crazy.

A couple of decades after the poetry recital, my brother sings in his church’s choir and I’ve spotted him reading poetry of his own volition a number of times. For me, organized religion didn’t take, and I’m slowly coming around to poetry, although some of it still makes me feel obtuse. But trees are poetry and spirituality.

And that, I understand.

Jennifer Anthony is a native Californian. She wrote this article as she listened to Compay Segundo. 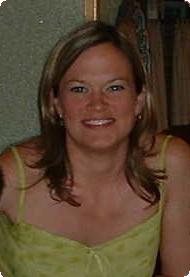 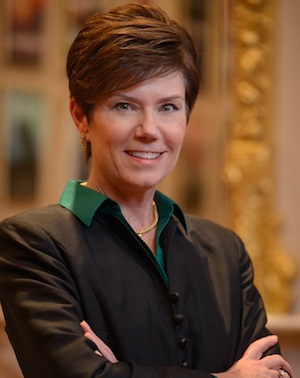 Dr. Sarah Brown: Quitting Her Job to Follow Her Passion