After running the race of her life, she lost her life. Eight Belles…20-1 odds, the only filly in the field at the 134th running of the Kentucky Derby, and yesterday at the Kentucky Oaks, her trainer, Larry Jones, saw his other star gal, Proud Spell, take the Oaks by storm and bring home the victory.

In the betting lines today, if you asked any woman bedecked in a gorgeous hat which horse she was rooting for, it was a resounding cry for EIGHT BELLES! I was waiting to make a bet up in, yes dear fans, Millionaire’s Row—where everyone who is anyone like Chelsea Clinton and Terrell Owens hangs VIP style—as a guest of the fabulous Bourbon purveyors, Woodford Reserve (so smooth even a champagne drinker like me can stomach it!), when an adorable young man asked me who my favorite horse was.

I said, the FILLY! And the woman behind me and also in the line next to mine, said, “Yes, the filly!” We were united behind her, and even poor, devastated Larry Jones, fighting back tears, acknowledged that half the spectators here today, all the women, were rooting for his lady horse.

(Don’t I know it! There were tons of vendors selling Derby horse buttons for $1–you could buy Big Brown, Pyro–all of ’em! But no where at Churchill Downs that morning could you find a single Eight Belles button. I looked. She was the only one who totally sold out.)

I was on the rail at the finish line thanks to the fabulous and unstoppable Jane Dempsey whose Kentucky Derby Junket is so superb in every way that I vote it the Best Tour Ever, and the horses flew by thundering hooves and shocks of saddle colors. They were all there at the line–Eight Belles second, beating out 18 boys, bested only by Big Brown (watch for him in the upcoming Preakness and Belmont Stakes–he’s rumored to be a Triple Crown contendor!).

We cheered and screamed, and the great thoroughbred beasts ran down the track and then doubled back, nostrils flaring, trotting elegantly by us towards the paddock for de-saddling and cool down. My very observant friend said, “Eight Belles didn’t come back.”

Well of course she came back, I thought. There were Derby 20 horses plus all their horsey handler buddies and owners and press photographers racing by. We probably just didn’t see her. Then the Equine Ambulance roared by.

Back in our VIP bus, as we waited for our police escort and some overly Mint Juleped fellow guests to arrive, we listened to the radio. And that’s when we heard it:

Eight Belles fractured her two front ankles just after winning the race and was put down. I was stunned. Tears welled. I had bet her to win, place and show. I had WON for backing my girl.

One bone break pushed through the flesh, the other took her down. Trainer and jockey were shocked. They would NEVER have run her if there was even the faintest inkling of physical weakness or trouble. Not only is she worth a fortune, but she is a part of their family, beloved.

She gave that race her all, captured our imaginations, and fell seconds after her victory. Her legs gave out, and because she was not able to stand on her own, they immediately put her down. Everyone agreed–they had never seen anything like this–a horse to have two legs give out at once. There will be an autopsy.

Amidst the glory, the pomp, the romance that is the Kentucky Derby, there does lurk a darkside beyond poor hat and dress choices.

So what do you do for a horse of such passion and drive? A moment of silence? A monument in Louisville? A new synthetic track forced upon the Downs? I’m not sure. But this Kentucky Derby for me will always ring for Eight Belles. 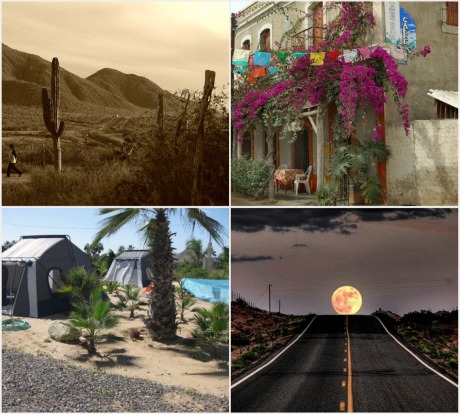