Got a bit of a late start this morning. I was feeling a little sore from my first day of walking and thought, only 21km today? psht! No problem.

The hike in general started out far easier than the day before, with less inclines. I passed through some really pictaresque pueblos of Navarra. I decided, whenever I get sick of Madrid (ha! unlikely) I want to live in a Navaresse pueblo.

It is only my second day, but already I’m starting to feel the warmth and generosity other pilgrims have for each other. They’re here to help! Plus, the locals seem to have a real sense of admiration for us pilgrims.

There was the robust German man who pushed me up a particularly rough incline. And the quiet Navaresse woman who handed me a fresh apple with a wink. They always seemed to come at just the right moment that I needed them too.

I stopped in a small town for lunch around 2pm and was having such a lovely time relaxing in the shade, I didn’t pay much attention to the time. Or the weather heating up. Foolishly, I set out for my final 7km of the day at about 3pm… the time when most savvy Spaniards take the siesta because the sun is too hot to bear.

However the heat and sun soon gave way to humidity and clouds… a storm was heading in! I arrived in Villatuerte — some 4km away from my day’s end — and stopped to ask a local her thoughts: could I make it to Estella before the storm broke?

She took a look at the sky and told me I had at best, 1 hour before it began raining.

The clap of thunder and lightening on the horizon behind me spurred me on and I arrived in Estella just as raindrops began to fall. 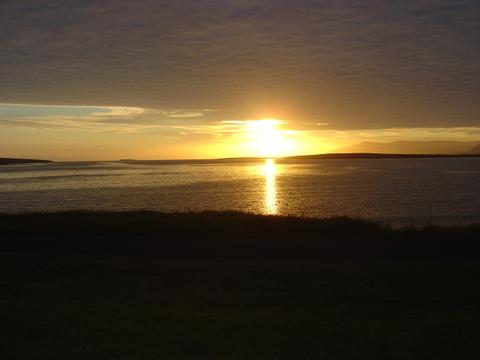 Feeling a Little Travel-Jaded? Suffering From Been There/Done That?