Culture: The Diary of a Biking Wino

It’s good for you and the environment, doesn’t cost anything, and will almost certainly put the kid back in your heart. All you need is a bicycle.

I’ve been a dedicated biker now for almost two years. I traded my coupe for a dependable road bike and swear I’ll never go back. But since I moved to California two months ago I’ve begun to appreciate my bike in ways I never thought possible. During the week I work and explore the city. But when the week ends I bike. Such has been my San Franciscan credo since the first time I crossed the Golden Gate Bridge and landed in Sausalito. It wasn’t long before I dreamt of biking through valleys of vineyards. I could see the roads lined with lush green vines and feel the sunshine on my weathered cheeks. I could almost taste the wine.

Recently I biked with my roommate Ben from our apartment in San Francisco to Sonoma and made this dream come true. It was surprisingly easy, and exhilarating to bike 56 miles and go straight to a winery. I was tired but so exultant when I got there I didn’t notice my legs. Plus, nothing refreshes a parched biker like a crisp chilled sip of sparkling wine, enjoyed while overlooking the recently-spanned land. Our first destination was Gloria Ferrer Caves and Vineyards.

It could have been how gracious the entire staff was or it could have been the quaint grandeur of Ferrer’s Spanish-style villa, but instantly I realized I had biked directly into an entire county whose sole purpose was to make sure I did not leave wanting. We had arrived in the land of indulgence, and the land was happy to see us. The entire staff, the colonnades and terrace all convinced of this. We caught our breaths, re-hydrated, and started our first tour.

In 1986, Gloria Ferrer was the first to produce sparkling wines in Carneros, and to this day the family produces more sparkling wines than anyone else in the world. Of their astonishing 150,000 cases per year, 105,000 are sparkling. In retrospect, it seems extremely odd that Ferrer produces more wine than either of the two other wineries we visited. Not only because their facility is smaller, which it seemed to be, but because their worker bees were so friendly and personal.

Upon arrival, I happened to mention that I couldn’t find my bungee cords when I was leaving my apartment at five in the morning and had to carry my massive bag on my back. Before leaving I was presented with a gift, wrapped and everything: bungee cords! That’s the kind of service I got at Gloria Ferrer. It was like doing global business with a mom and pop shop. Our guide Cindy even offered to be our wine country concierge and gave us tips on other wineries, restaurants, and local events.

While tasting our wines Ben and I both agreed that this was the best idea we’d ever had. We agreed to this several times at Gloria Ferrer, and MacArthur Place only confirmed it.

Tucked away on the edge of the city of Sonoma, MacArthur Place is a historic Inn and Spa with serene landscaping that includes gardens of roses and lavender, original sculptures and fountains, and a pervasive calm to be found no matter where you might roam (I enjoyed simply wandering through the labyrinth of smells and foliage) — except for the patio on Fridays, which hosts a barbecue with live music and full bar service. A complimentary wine and cheese reception is also offered every day.

We dined at the Inn’s notorious restaurant Saddles for dinner because we missed most of the barbecue, but also because we wanted to treat ourselves. A wise choice. I knew the food was going to be excellent when they brought us warm steak knives. Warm steak knives! It was so good, in fact, that neither one of us left a bite. To stamp the day with perfection I got in the hot tub. Turns out I was not too tired to smile.

There cannot possibly be enough time for anyone to exhaust MacArthur’s extensive spa services, which range from pink grapefruit and chardonnay sugar scrubs to pumpkin facials and jasmine massages. The menu is extensive and rejuvenating just to read. Seriously: the treatment. MacArthur Place is so peaceful and quiet I began to wonder if I were the only one there. Sipping a glass of red on my balcony I could have been part of a painting. It felt good, as though the word had about five more ‘o’s in it.

In the morning I returned to Saddles for a continental breakfast buffet. There were half a dozen servers dressed in vest and tie and wearing casual but attentive demeanors catering to any possible need. This was the first time I’ve ever had the option of being served at a buffet. Freshly squeezed grapefruit juice? Yes please. Fire burning during breakfast? Naturally. A couple extra mini-muffins for the road and I was entirely revived, ready for more bike and wine.

Domaine Carneros is only about an eight mile bike ride from MacArthur Place, and when I saw their massive estate from Highway 12 my first reaction was: ‘I hope we’re going there. I hope that’s Domaine.’

It was. Their faux chateau emits unmistakable grandeur and is surrounded by gardens. The entire grounds were manicured as though every bush produced grapes (they didn’t, and this set them apart). I couldn’t stop taking pictures. It was here that I plucked my first grape!

Founded in 1987, Domaine Carneros has been certified organic for three years and uses 100% solar power for their Pinot facility. Of the nearly 80,000 cases of wine they produce annually 72,000 are sparkling, and this makes them one of the largest producers of sparkling wines in the world. CEO Eileen Crate has also been Domaine’s winemaker for 23 years now — a fact which certainly helps explain the winery’s success. You know exactly what you’re going to get at Domaine Carneros.

Less than three vine-lined back-road miles later we arrived at Artesa, which has to have one of the best views of any winery in the region. Supposedly on a clear day you can see San Francisco, sixty miles from their terrace, but we weren’t so lucky. We could see Mt. Tamarind to the right though and Mt. Diablo on the left – everything from Marin County to the East Bay. This panorama is not the only interesting view. When the winery was constructed in 1991 the family had thirty feet of one of their tallest hills removed, built a pyramid structure three stories into the hill, replaced the 30 feet of earth, and replanted the grass. This was to preserve the land’s natural beauty, and to this day all planting is done on the valley floor. It’s a pretty steep climb to the tasting room – we had to walk our bikes part of the way – but it was well worth it (and going down was awesome).

We took the Vines and Wines tour, and one of the features that stood out for me was walking into their cellar and hearing the chanting of monks reverberate, continuously, while we learned about and tasted the wine. Originally, the family’s winery in Spain was in a valley. On top of a hill in that valley sat a Franciscan monastery where the monks chanted twenty-four-seven. The family believed the monks blessed the wine and have continued this tradition. On Halloween all employees dress in full regalia while the chanting echoes throughout the 8,000 barrel-deep warehouse. I am already booking my visit.

Down the street from Artesa is The Carneros Inn, a Plumpjack Resort Conde Nast rated one of the best places to stay in North America. When we arrived we were swarmed by employees – maybe five of them, no joke – all of whom knew exactly how to be of optimal service without being annoying. I don’t know how they did it. I imagined how intensive the screening process might be – that’s how impressed I was.

My first real image from The Carneros Inn is following one of these employees as he drove a golf cart down the hill to our cottage. As we were following on our bikes, his left hand held the glass of red wine offered me upon my arrival. It was a beautiful feeling, being escorted to our cottage this way.

When he opened the room and began explaining all its features we couldn’t help but gush. There was a complimentary bottle of wine next to a cheese plate and basket of bread. The bed was made to exquisite taste. There was an espresso machine in our bathroom, and the patio should rightly have been shared by half a dozen cottages. I think small African villages could have hidden from us while we were outside. They could have hidden behind the outdoor fireplace, or in the outdoor soaking tub. Or in the outdoor shower, which connected to the indoor shower. There was plenty of flora to hide behind, too.

The cottages are secluded and quiet – we could not hear a thing – but not so remote. Part of the property is adjacent to Highway 12, and locals make use of their amazing lounge and restaurant for a hip place to spend the night out. There was a bocce court (we knew, once we saw this, that we were dreaming), and running down the first half of the outdoor lounge was a long fireplace that illuminated our faces in the darkness. We also enjoyed one of their two 24-hour pools. Set high above the valley and not so far from the stars, the view was phenomenal, and from the hot tub we called the evening successful.

For some reason ‘bike and wine’ seemed like a much better idea Friday and Saturday than it did on Sunday. We still weren’t exactly sure how we were getting home, and there was a vague possibility we’d have to bike the 70 miles back.

Nervous we might miss the last ferry from Vallejo – about 15 miles away – we left before our last tasting at Artesa and scrambled to sustain our success streak. So far, everything had, amazingly, gone according to plan. But it would all fall apart if we had to stay in a motel for the night. After staying in two luxury resorts we did not want to stay anywhere else but home.

Just before we pulled in to the Vallejo ferry terminal my odometer read 100.00 miles and I stopped my bike and made noises of utter glee. This really was one of my better life experiences. When we went inside and I held two tickets in my hand with an hour to go before the ferry disembarked I knew we had made it. Again. Our first foray into the wine country had been a sparkling success. All that was left was to enjoy a couple oyster shooters, some beer and potatoes on the floating dock by the terminal. Soon, just like that, we would be home.

I love San Francisco more than any other place in this country. But sometimes I need to change my perspective, and it’s good to know I can make it to another universe entirely by simply taking my bike outside. Talk about feeling healthy, strong, and capable! I’ll be going right back out there, and soon. Every week I go a little bit further, and each Sunday night I feel just that much younger.

For more detailed information about these destinations, including tasting room and tour hours, wine descriptions, addresses and phone numbers, check out my blog. 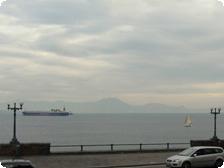 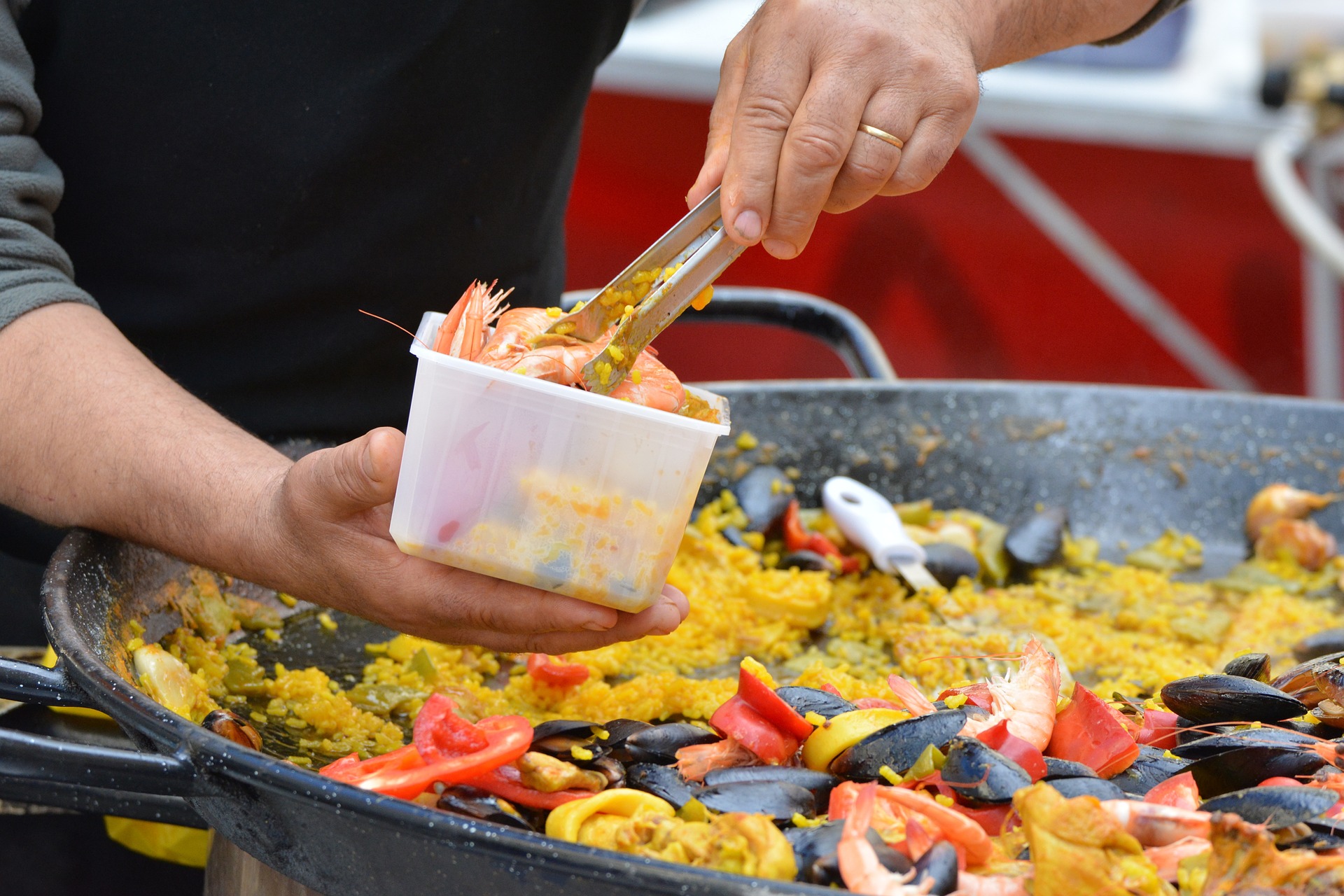