Cascarones on the Cabeza!

Fiesta is like a Mexican Mardi Gras—it’s the biggest party in Texas, and in a state that size, that’s really saying something!

What better setting for this hundred-year old, ten-day party than historic San Antonio? Here, a floating parade and roving mariachi bands can drift through the cafés and bars nestled along the city’s world famous River Walk. And in nearby La Villita, an historic arts village once the site of Santa Ana’s cannon line during the Battle of the Alamo, you will find the biggest party of them all: NIOSA, or Night in Old San Antonio.

Four nights every year, NIOSA claims La Villita, a riot of food, music, and drinks that are part of the unique culture of San Antonio, a vibrant heritage that is lovingly preserved through the Conservation Society. Hundreds of thousands of cowboy booted revelers clomp through fifteen different cultural areas representing the diverse people who settled this wild frontier. Like the threat of cannons so many years ago, La Villita is today supercharged with Tejano music and beer bars, blues and Dixieland bands, a German polka or two alongside Flamenco dancers, as well as Mexican huipils and French berets.

So many cultures it makes your head spin. And speaking of heads, you better watch yours! Revelers lurk with cascarones waiting to break the wildly colored eggshells filled with bright confetti on your head—but going home with confetti-free hair is unthinkable! Don’t be a Grinchito—buy a carton of fun cascarones and return the favor, until the stones of old La Villita are covered in neon paper shreds.

Texans love pageantry, and at the heart of the wild Fiesta festivities is its own royal court, whose lavish Coronation is the celebration’s true heart of gold. Take a regular debutante ball, add a dash of fiery chili peppers and a pinch of ten gallon Texas pride, and you get the Coronation as only San Antonio could do it. While King Antonio LXXXIII presides over Fiesta, during the gilded Coronation, the Queen and her court, the elite daughters of the Order of the Alamo, come out in true regal style.

Like dazzling peacocks, each young lady is presented in magically hand-made dresses with trains worth more than their weight in gold, almost. Each dress costs tens of thousands of dollars to make, and each one is individually made—no two are alike. This year’s theme is Court of the Spirit of the Americas, assuring that each work of wearable art will trumpet its jeweled riff off some variation on the theme.

True to the particular San Antonian sense of humor, no one mocks this over-the-top tradition better than San Antonians themselves. Enter the Cornyation, a long-running spoof of local politics and the Texan debs, presided over by King Anchovy.

Another not-to-be-missed Fiesta festivity is the King William Historic District Fair, yet another chance to learn about the city’s rich history. Leave downtown and the Alamo behind and come wander this breathtaking neighborhood of fine old Victorian mansions sprinkled with lots more food and music.

Finally, the famous Battle of Flowers Parade winds through San Antonio’s historic downtown. Catch the florid floats stopping at the Alamo to rest flowers in memory of the Battle’s fallen heroes, and put your hands together for all the women you see dressed in yellow with yellow hats, like yellow roses of Texas, because the Battle of Flowers is the only parade in the country produced totally by women!

San Antonio is a vibrant city full of rich Mexican traditions reinterpreted Texas style, an unbreakable piñata of Tex Mex and BBQ, world famous artists and museums, an enchilada-red public library, a great professional basketball team—itself a United Nations of athletes, as well as a River Walk to impress the most die-hard partiers.

With Fiesta lasting from April 15–24, it just overlaps the start of the New Orleans Jazz & Heritage Festival from April 22–May 1. That makes mid-April the perfect time to head down South!

So yes, remember the Alamo! And have an unforgettable Fiesta.

For more information and the entire Fiesta schedule, go to www.fiesta-sa.org.

Find ratings and reviews for San Antonio Texas hotels from TripAdvisor, Frommers, Fodors, etc. all in one place 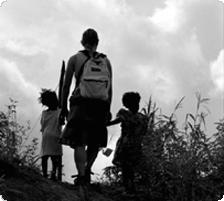